Animals Is much of the talked about mosquito repellent harmful to pets? Used properly, it doesn’t, says the expert 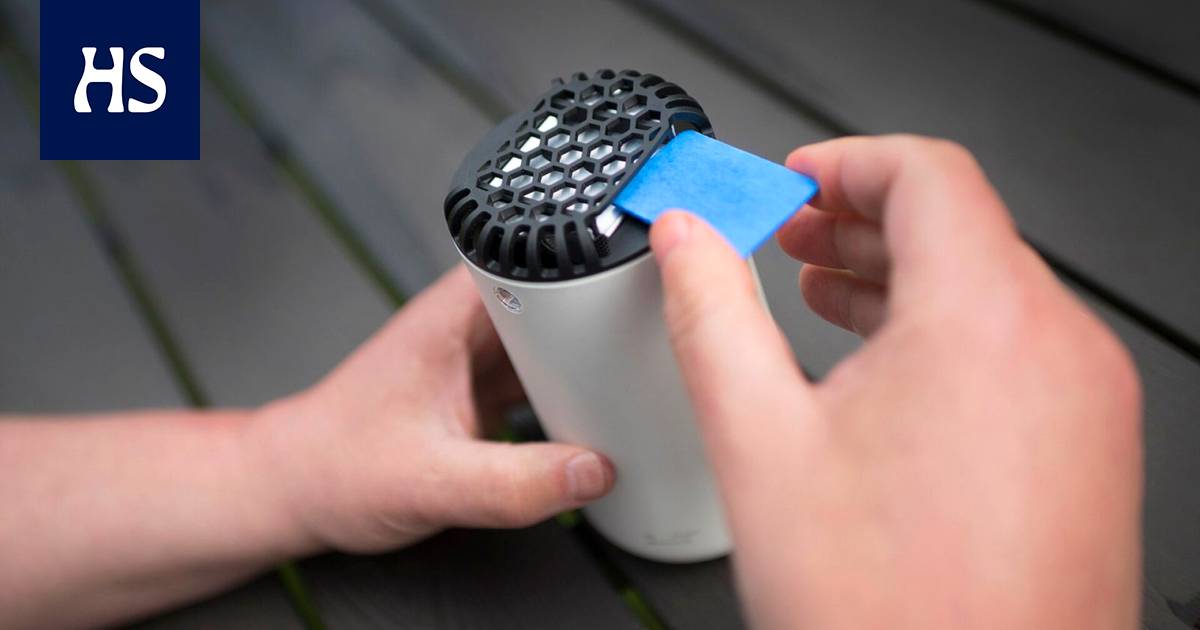 Pets should not be allowed unattended near the appliance.

In social there has been a lot of discussion in the media in recent weeks about the safety of mosquito repellent devices for pets.

The Pontimena for discussion has been the Thermacell device, which was removed from many stores. The effects of the prallethrin chemical used by the device on nature are not yet known.

A mosquito repellent device like Thermacell can be harmful to a pet if the device is misused, says Doctor of Veterinary Medicine, Director of Evidensia Tammisto Animal Hospital Catherine Thomson.

“The insect repellent of the device is not, in principle, harmful to the dog. Similar substances are also used as a mock solution to be applied to the skin of dogs to control mites and mosquitoes. For cats, these synthetic pyrethroids can be dangerous, so the cat should not be near the device. ”

Pyrethroids are artificial insecticides, as is the prallethrin used in the Thermacell device.

Thomson says that if a mosquito repellent device like Thermacell is used outdoors as instructed, its active ingredient will evaporate into its air mass and the device should not be dangerous to any cat.

“Pets should not be left unattended near the device to prevent it from being shaken or licked.”

The device the active substance is evaporated into the air with butane. Butane gas is harmful to pets when inhaled and can cause burning sensation and nausea, Thomson says.

For example, the potency of Thermacell is based on vaporizable prallethrin mats that need to be replaced at certain intervals. According to Thomson, the pet owner should also be careful that the animal does not accidentally chew on the changing mat packaging.

Thomsonin According to Evidensia, one dog has been brought to Tammisto’s emergency service, which was suspected of a reaction caused by the device.

However, according to Thomson, it is difficult to verify that the dog’s symptoms were due to the mosquito repellent.

“In the case, other alternatives, such as cyanobacteria, could not be ruled out. However, the dog recovered from his symptoms. ”

Safety- and according to the Chemicals Agency (Tukes), it is safe to use the Thermacell device outside buildings, such as on the terrace and in the yard. The risk assessments carried out by Tukes have taken into account the risks of the device to humans but not to the environment.

For example, the device should not be taken on a boat trip, as prallethrin is very toxic to aquatic organisms.

Read more: The mosquito repellent Thermacell is described as “excellent” for hiking – however, according to Tukes, it should not be used in the forest

Mosquito repellents like Thermacell are based on poison evaporation.

“Vaporizers use insecticides, d-allethrin and prallethrin as active ingredients. These substances are neurotoxins for insects. The operation of the devices is based on the fact that mosquitoes sense the poison in the air and try to avoid it, ”says Tukes, published a couple of weeks ago. in the bulletin.

Such devices have become more common in recent years. This year, part of the reason for their popularity is probably the large number of mosquitoes. For example, a Scottish mosquito researcher Lorna Culverwell assesses the Midsummer week To HS, that there are an exceptional number of mosquitoes on the move this summer.