Aníbal Fernández awarded a ‘prize’ for productivity to the workers of Río Turbio, although nothing has been produced for 10 years 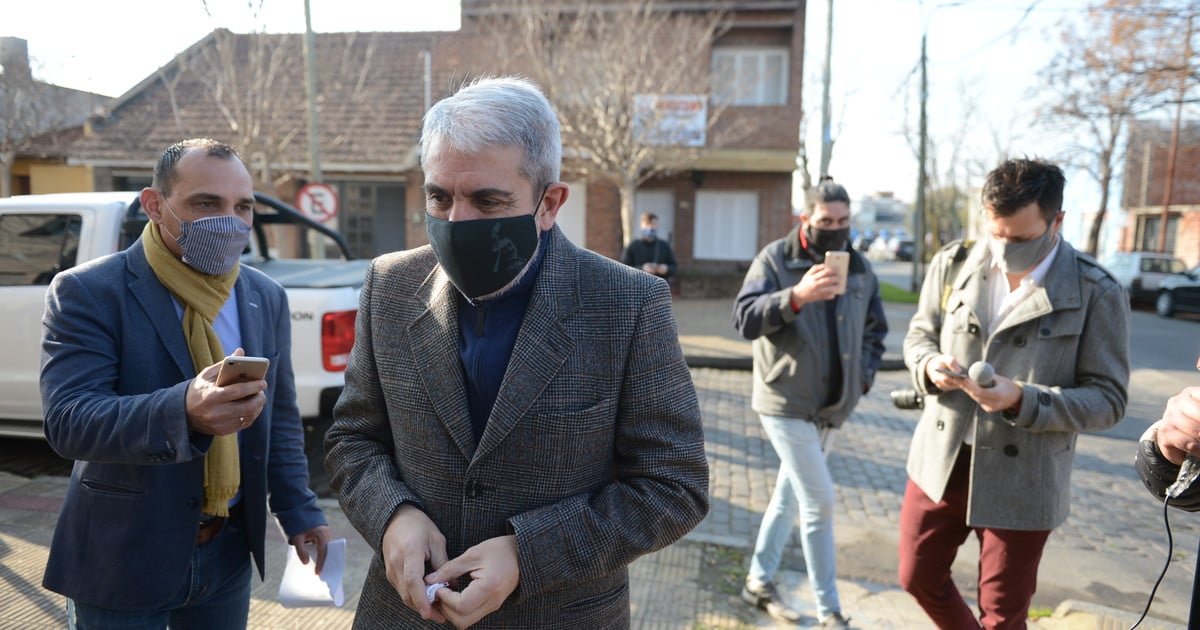 A decade ago the Río Turbio mine in Santa Cruz does not produce a kilo of coal per year on a systematic basis.

Despite this inescapable reality, the ATE union negotiated in April with the current controller of YCRT, Aníbal Fernández, a bonus “Premio” for productivity that translates into a salary bonus which in some employees would exceed the million pesos.

The Extraordinary Annual Bonus (BAE) was implemented between the mid-1970s and the 1980s, when the mine produced 1.2 million tons per year. But those golden times they have been left far behind.

During the intervention of the radical and former candidate for deputy Omar Zeidán, in the government of Mauricio Macri, the controversial bond had been definitively withdrawn.

Traditionally it represented a figure that, depending on the position and the average annual volume extracted, could equal up to 12 salaries. It is not clear how these numbers will be distributed in a time when nothing is produced.

As a rule, it was the lowest salaries that were awarded the 12 extra monthly payments, says a source who worked at the mining company.

The salaries of the company start between $ 120 thousand and $ 240 thousand pesos. The means are around $ 300 thousand. The hierarchies go from 400 thousand to 800 thousand, the latter is the remuneration of the auditor, indicate local voices.

That is, applying the old regulations, some could obtain amounts greater than one and a half million pesos thanks to this item.

The guild defined as a union “reconquest” the return of the Extraordinary Annual Bonus (BAE) also known as the Productivity Bonus.

When the voucher was active, it was used by the “old men”, as the miners say to each other, to change the car for a 0KM or go with the family on vacation to some distant place.

The last time that some material was extracted, but with many problems and interruptions, was between November 2018 and October 2019 at an average of 30 thousand tons per year.

In the middle there was work stoppages and numerous labor disputes with ATE that made the days difficult. So the activity could not be compared with the years in which 100,000 tons were averaged per month. At the time, the company had 5,000 employees and more than 50% were of Chilean origin.

The low production promoted by the Macri government was stopped immediately with the arrival of the Alberto Fernández government to power. A strike put an end to the effort. Since then the workers have waited for structural investments to be made in order to extract coal, they have repeated from ATE.

The mine operators are currently dedicated to touring the tunnels and doing maintenance tasks, this newspaper was able to find out.

Fernández allocated $ 720 million to pay the BAE, the API agency reported. In Río Turbio they say that Fernández lives permanently in Buenos Aires and that he hardly knows the small town.

The other comment is that the cabins that the current Minister of Security of the Province of Buenos Aires, Sergio Berni, owns in the locality are filled with operators of companies that began to carry out work in the sector.

The BAE will be allocated between May and June to the “smallest” salaries that range between $ 152 thousand and 230 thousand pesos per month. A total of 1306 agents are in these conditions. Between July and September it will correspond to the others. YCRT is estimated to have more than 2,000 employees.

The annual budget of the mining company exceeds $ 7 billion annually, according to data from the General Mosconi Energy Institute.

On the other hand, last month bids were opened for complementary works in Río Turbio Thermal Power Plant. The same one in which USD 1.7 billion was spent and which still needs another USD 250 million to be completed, as reported Clarion.

This is the first tender in approximately 6 years for minor tasks at the power center. From the Kirchnerism they defined them as “keys” to finish the postponed project capable of generating 240 MW in theory by feeding on coal from the mine. A minimum of 1.2 million tons of coal per year is required to keep the two modules of the plant powered up. An impossible figure to achieve with the equipment that the company has today, specialized sources tell this newspaper that carried out audits in the previous government.

The “Access Portal to the Río Turbio Thermal Power Plant”, the light vehicle parking lot and the access road were also tendered. RAFA SA only offered for $ 78,095,738.00.

In March, Fernández and his team described the commissioning of the other 21MW Río Turbio plant as a “milestone”. The truth is that this smaller plant was recovered by the intervention of Zeidán.

The first Games with Gold for May 2021 are now available