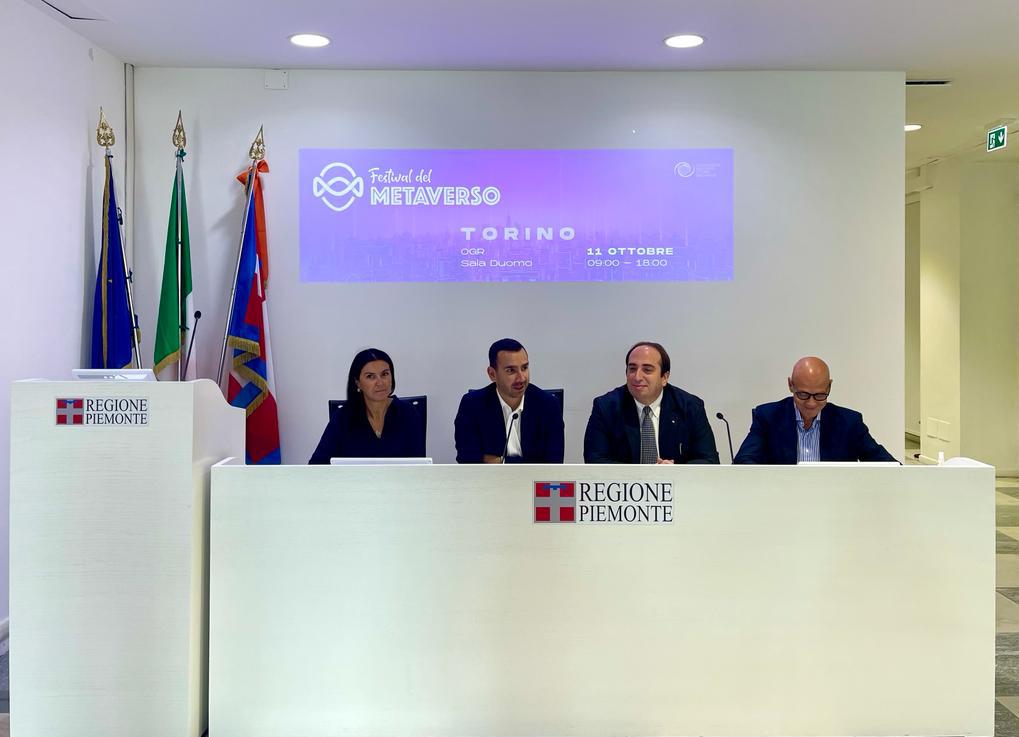 The first Metaverse Festival in Italy has been announced to be held on Tuesday 11 October, from 9.00 to 18.30, at the Duomo of the OGR Officine Grandi Riparazioni in Turin, with partners and sponsors including: European Parliament, European Commission, European Year of Youth , Piedmont Region, Municipality of Turin, Italian Institute of Technology IIT. Organized by ANGI National Association of Young Innovators, in collaboration with OGR Turin, the event was born from the desire to involve the big names in the tech world, startups and young opinion leaders to illustrate the new trends in the world of communication and digital business. Augmented and Virtual Reality, Blockchain and iWeb3, crypto art, are just some of the components of the Metaverse, the virtual expansion of the real world, where 350 million people already live generating a market (virtual goods) of about 54 billion dollars each. year: the Festival acts as an attractor of brands and investors eager to understand the potential of this new sector by placing the emphasis on young local talents who represent the future of the country.

See also  Meater Plus, the smart thermometer for the kitchen

“As ANGI, we have always been open to pursuing new technological paradigms and for this reason we want to live as protagonists in the new immersive world. Creating, in fact, a reality in which men and machines can collaborate represents our mission whose cardinal principle is always that of ‘humanitas. The realization of the Metaverse Festival, in fact, was born from the desire to give priority to those who have distinguished themselves in this field by planning a future with new digital strategies to be adopted in vital sectors. We have chosen the city of Turin , and specifically the Piedmont Region, because, in addition to its sensitivity to innovation, it was also the first in Italy to have presented its metaverse “, explains Gabriele Ferrieri, President of ANGI. “A great event for a new reality that in recent months has had a great acceleration. We are experiencing a moment of great digital transformation and we are building the future. The appointment in Turin, the first in Italy, is a source of great satisfaction for us but also a stimulus to continue on the path that, as the Piedmont Region, we have already undertaken “, added the regional councilor for innovation, Matteo Marnati.

The event will be divided into two moments, the morning section and the afternoon section, and the whole day will be marked by different topics: art, blockchain, smart city and smart mobility, AI, robotics, startups, music, work and training, fashion industry , sport. Opening the works of the first Festival on the Italian Metaverse, in addition to the greeting from the municipality of Turin, will be the institutions of the city: Matteo Marnati, Regional Councilor for the Environment, Energy, Innovation, Research of the Piedmont Region; Letizia Maria Ferraris, President of CSI Piemonte; Massimo Lapucci, CEO of OGR Torino and Secretary General of the CRT Foundation. Following, Prof. Roberto Baldassari, General Director Lab21.01 and Director of the ANGI Scientific Committee, will present the opinion poll “Youth and innovation in the metaverse scenario”. The day will be full of panels and speeches. Participation in the event is free but registration is welcome this link. Review- AOC U28G2XU2: a monitor that doesn’t look at anyone!

AOC U28G2XU2 recently fell into my hands. It is one of the many gaming monitors produced by AOC, a company... Russian attack | Russia: The Zaporizhia nuclear power plant will operate under the supervision of Russian agencies in the future