Anfisa Chekhova called her appearance Buryat and was criticized online 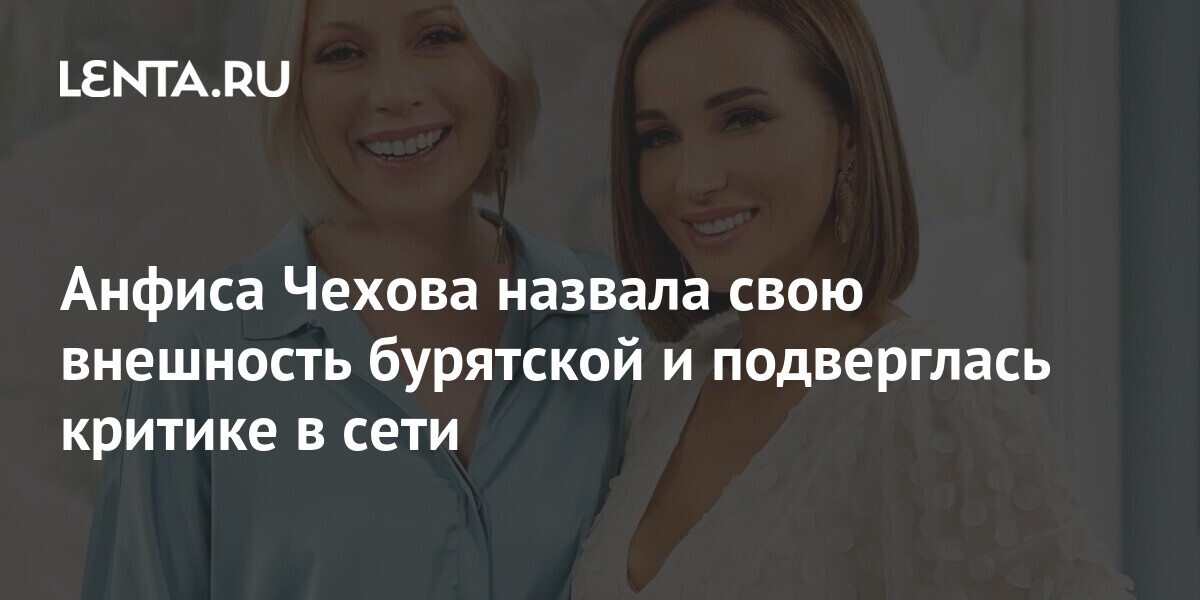 Russian TV presenter Anfisa Chekhova accidentally insulted women of Buryat appearance on the air of the new show “Tell a Friend” on the Domashny TV channel and apologized to the fans. She posted the corresponding video appeal in her Instagram-account.

It is known that in the first issue of the TV show, the presenters Aurora and Chekhova talked about rejuvenating cosmetic procedures. So, Chekhova shared her experience, citing an example of an unfortunate comparison. “Once a cosmetologist pumped me a liter of hyaluronic acid, and I became a Buryat woman. For two months I could not look at my reflection, I hated my face. Like an alcoholic beaten by her boyfriend, ”she said.

After the TV program aired, subscribers of the 43-year-old celebrity criticized her for a phrase that was offensive to women from Buryatia. However, some users accused her of racism. “Anfisa, I am a Buryat, but I have a normal face in the morning. And in general, I am a beauty, like other women of different nationalities ”,“ The program is disgusting, we are waiting for an apology for racist statements against Buryat women ”,“ An unpleasant comparison, a stupid situation. What was the director of the program thinking, since the presenter herself does not understand what she is saying? ” – they were indignant.

Chekhova reacted to the negative comments and posted a video apology on the social network. “Dear Buryat women. I am very unpleasant that without thinking, I insulted you and hurt you with my phrase, thrown on the Domashny TV channel. I apologize to you for my impermissible phrase! Despite the fact that I really did not put into it the meaning that many saw, I had no right to express myself in this way! ” – she signed the post, adding that she had learned a good lesson.

In June, a man imagines himself to be Asian and spent millions of rubles on plastic surgery. British singer Oli London is convinced he was born “in the wrong country.” So, he reshaped his nose, chin, cheekbones, blepharoplasty and liposuction, and also pumped fillers into his cheeks and lips to match his Asian appearance. However, some netizens accused London of cultural appropriation and racism.