Andrés Calamaro, Brian May and Lio Messi, together in a charity version of the Hymn to Joy 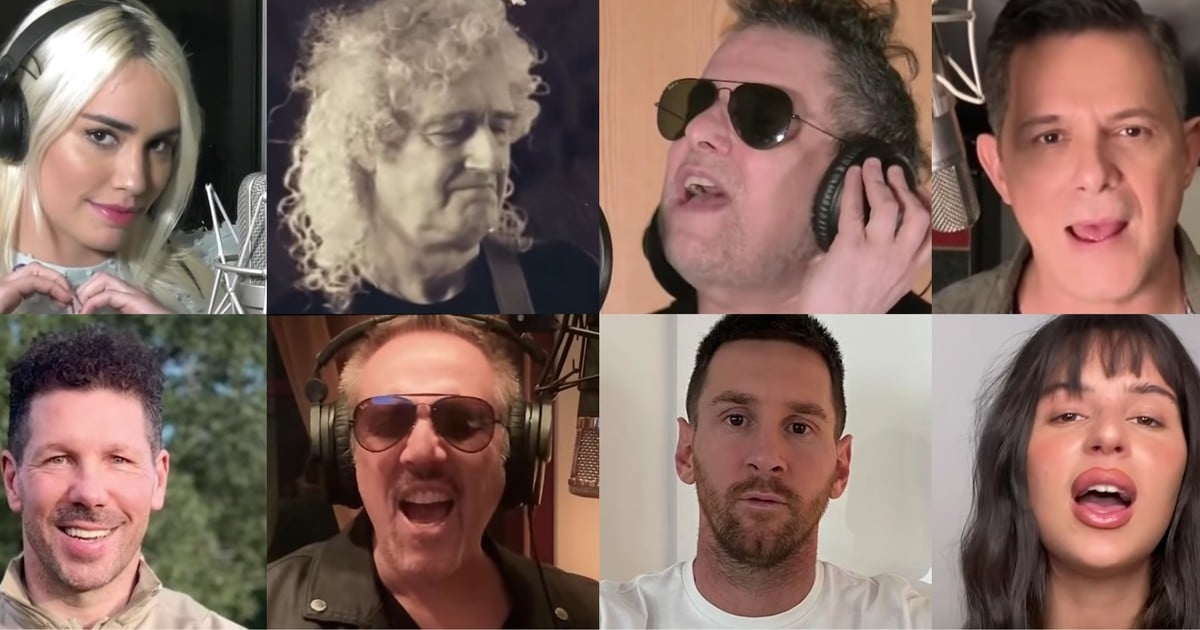 Finally, as he had anticipated a while ago, Andrés Calamaro “shared” a recording with Brian May, in which the Alejandros, Lerner and Sanz, Juanes, Nathy Pelusso and Fher Olvera (Mana) from Mana, among others.

In addition, the musicians were joined by athletes such as Lionel Messi, Rafa Nadal and Marc Márquez, in a colossal version of the Hymn to joy which was released this Thursday, April 15.

So instead of taking five minutes for tea, it’s well worth it to listen to that chorus from around 40 artists that came together to give shape to the Beethovenian piece as a show of support for the music sector.

This move made the three most powerful record companies in the world, Universal Music, Sony Music and Warner Music, will work together for the first time in their history.

And more athletes like Cholo Simeone, Pau Gasol, Luis Figo, Vicente del Bosque and in what was considered a true melting pot of artists, they did their thing (too) actresses like Angela Molina and Paz Vega (with her son Lenon), who also star in the video clip supported by other colleagues.

The song, of little else five minutes, was recorded in the studios The Art House Records from Miami, produced by Julio Reyes Copello.

“It is a voice of harmony and hope, of brotherhood and union. Values ​​that represent us and that are now more necessary than ever?”, Says the joint statement of the three multinational record companies.

“But above all it is a voice of solidarity, for a kinder and more humane world. For the first time more than 40 artists participated altruistically in this single, along with the stellar performance of Brian May (Queen) recorded in unison by major labels, in an unprecedentedly exciting union – a show of unwavering and unconditional support for the music industry, “added Universal, Warner and Sony.

The move resembles a 2020 initiative when, at the beginning of the pandemic, some 30 prominent musicians from Spain performed a reversal of I will resist, the classic of Dynamic Duo.

The objective, at that time, was to wear something nice in the middle of the quarantine that was beginning. But not only for emotional purposes: also funds were raised to donate to Caritas, solidarity organization belonging to the Catholic Church.

In the networks the version bounced with good vibes: “I have been moved to tears, after a year we are still fighting and so many people are still dying. “

“What a thrill to see Brian playing the guitar solo!”

The Carbonería of the XXI century is ua non-profit cultural association, created from the initiative of Pino Sagliocco to support and give voice to a sector especially devastated by the pandemic, which was joined by important representatives of music in Spain.

Restrictions eased for bars and restaurants …. light at the end of the tunnel