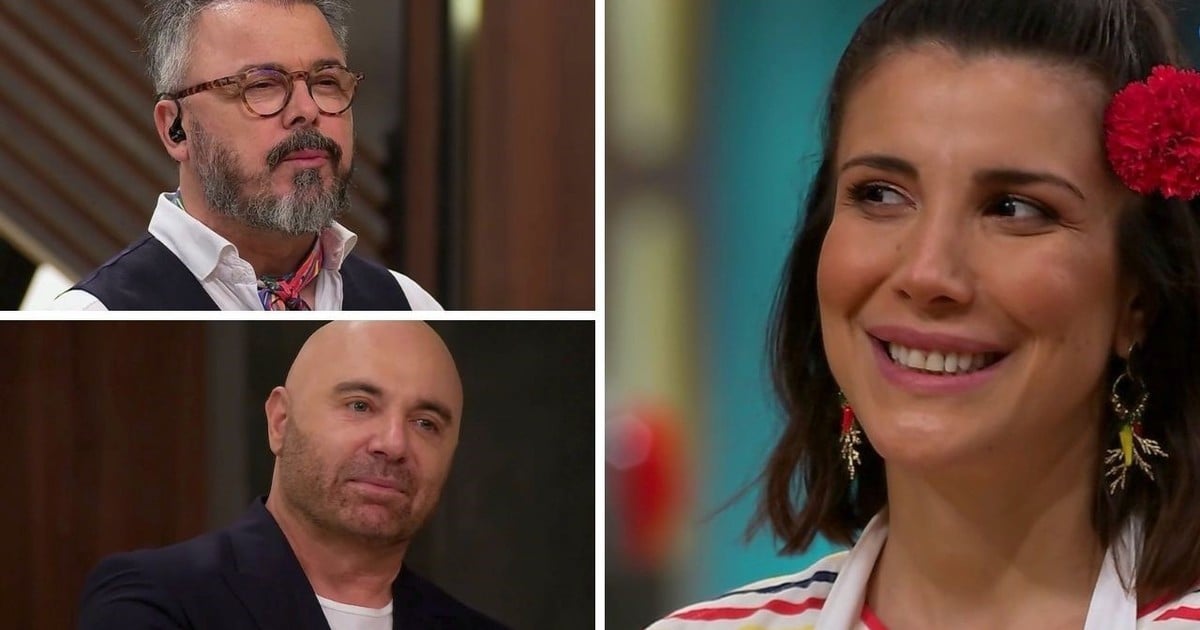 In MasterChef Celebrity (Telefe, Monday to Thursday, at 10:30 p.m.; Sunday, at 10 p.m.) yesterday, on Wednesday of benefits, Andrea Rincón hit the ball. The actress won the gold medal in the reality show hosted by Santiago Del Moro.

In addition to Rincón, the celebrities who cooked last night were: Cande Vetrano, Daniel Aráoz and Hernán El Loco Montenegro.

On benefit Wednesdays, those who made the best dishes on Monday and Tuesday compete for the gold and silver medals.

At the beginning of the broadcast, excited, Andrea Rincón explained that it was the first time since MasterChef began that she had managed to reach that instance on Wednesdays.

The challenge posed by the jury composed of Damián Betular, Germán Martitegui and Donato De Santis to the participants took them on an imaginary trip to Spain.

In a small box, skewers were handed out to the cooks. And the driver handed them cans of mushrooms. With those elements, they made the following game:

Andrea Rincón was the winner of the game and that earned her a benefit at the time of fulfilling the task that was imposed on them all: to make three different Spanish tapas in 60 minutes. One of them had to include mushrooms.

Andrea Rincón’s benefit was the following: she was able to get an ingredient out of each of her competitors.

As is known, the relationship between Andrea and Germán Martitegui has been very tense since the beginning of the reality show. But yesterday, something changed between them.

To begin with, while Rincon cooked and was seen to be in a lot of heat, he fanned her. “Pelado is good for me!” She exclaimed.

Later, when he saw that he had difficulties with the recipes he was going to prepare, Germán told him: “Come on, don’t worry, I’ll help you”, and gave him a series of tips. “I understand him better when he talks to me like that. I’m going to pay attention to what he tells me ”, Andrea commented, as happy as she was surprised.

After the 60 minutes that the celebrities had to cook, the tasting by the jury arrived. It was then that Andrea had the great surprise of her life.

.The three members of the jury were satisfied with the tapas presented by Rincón. But the most expressive was, precisely, Martitegui. “I think it is the best tortilla tapa I have eaten in recent times”, assured the chef.

Fascinated, Andrea burst into a cry: “Thanks, pelado!” To the joy of the participant, a while later the full jury would award her the long-awaited gold medal.

Last night, on MasterChef Celebrity, Andrea Rincón could not believe the praise that the jury dedicated to her. Capture TV.

Time for the verdict

At the end of the broadcast, Germán Martitegui, Donato De Santis and Damián Betular decided to give the gold medal to Andrea Rincón. And the silver one, to Cande Vetrano.

For its part, Hernán “El Loco” Montenegro was savedó and went on to the next round of the gastronomic reality show while Daniel Aráoz went directly to the elimination gala on Sunday.