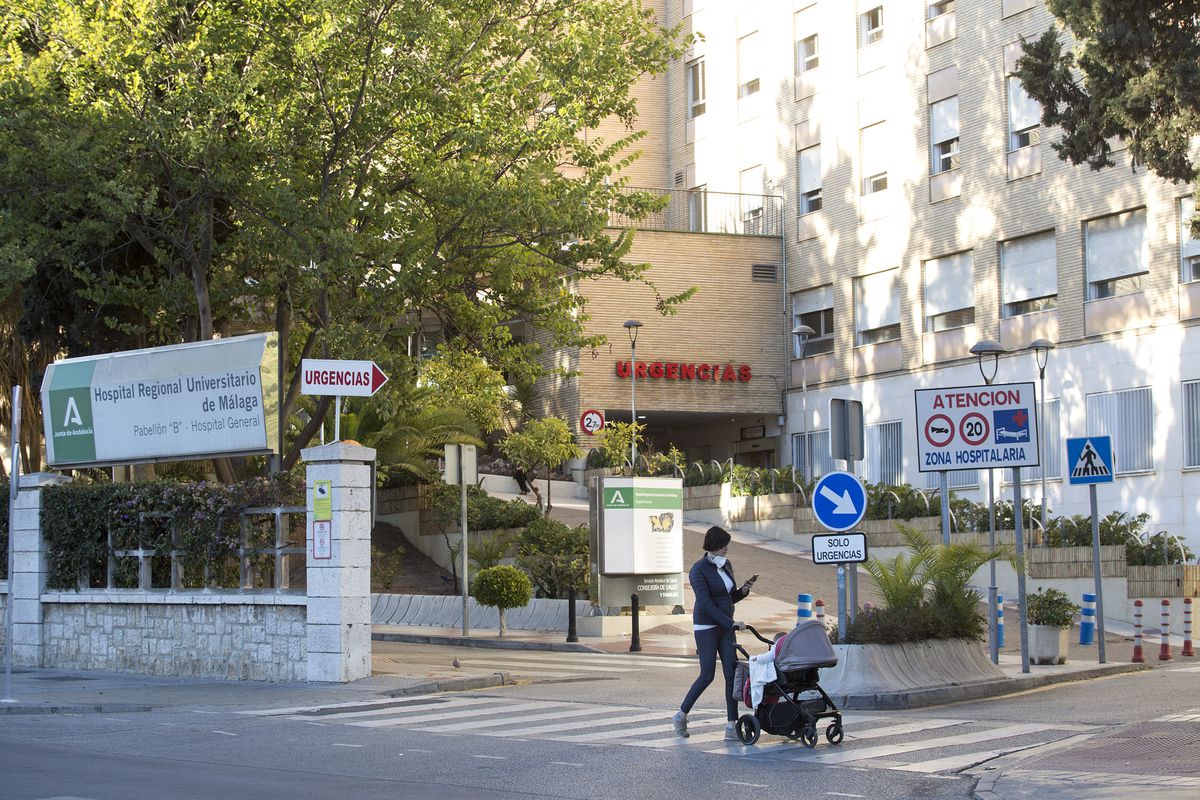 Last Wednesday, December 1, some 170 health professionals met in a restaurant in the Teatinos neighborhood, east of the city of Malaga. They did it to celebrate the Christmas lunch of the Intensive Care Unit of the Regional University Hospital of Malaga (formerly Carlos Haya) where they work. They had been organizing the event for a month and had rented the establishment just for them, with a 55-euro menu that included a drink. There was, yes, a requirement to attend: pass an antigen test. “It was mandatory,” say those who attended. The result was negative in all cases and no one was left without enjoying a lunch whose after-dinner lasted until the evening. Three days later, on December 4, several of the participants felt symptoms consistent with coronavirus. On the 5th, the Junta de Andalucía notified an outbreak that affected 22 people, on Monday the 6th it was already 68, and this Tuesday, to 80. The meeting between colleagues has become the epicenter of a nightmare that has undermined the image of the health workers, has forced the hiring of reinforcement personnel in the hospital center and has highlighted the false security generated by the tests.

The Christmas meal had begun to be organized a month in advance. At the beginning of November, a list was opened where the staff signed up. There was a desire to celebrate after a year and a half of fighting on the front line against the pandemic. But there was a second reason: a good part of the attendees had participated three days before – on November 28 – in the opposition tests for the Andalusian Health Service, for which they had been studying for a year in search of a permanent place. The exams were carried out in different venues of the University of Malaga, in classrooms with open windows of different faculties of the Teatinos campus. More than 4,000 people attended the tests and, after finishing, many of them headed to the nearby bars. “We believe that there is the key: all those people spending the afternoon without a mask in the businesses in the area,” says a nurse, who assures that not all the people associated with the outbreak – although the majority did – attended the Christmas lunch, in there that points to the oppositions.

See also  "If the US blocks cooperation with us, who will save the ISS from falling on Europe?"

On December 1, about 170 health workers from the Intensive Care Unit arrive in stages at the restaurant, reserved only for them. They do it around 4:00 p.m., after finishing their work shifts and with the tranquility of the negatives in the antigen tests that some had been done in the hospital and others, at home. After lunch, it’s time for drinks. And little by little new colleagues are arriving. At the end of the afternoon there are more than 200 people inside the restaurant. The vast majority already have the third dose of the vaccine, although some very recently.

Three days later, on Saturday, December 4, a small group of those attending the event began to feel a sore throat and other symptoms associated with the coronavirus. They repeat the antigen test and the first positives emerge. Those who have been infected come to the Regional University Hospital, through the covid access circuit, to take a second test, also for antigens. The positives are confirmed and they begin to notify colleagues and also call the restaurant to report what happened. In the business they carry out periodic PCRs on their staff, but after knowing what happened they repeat the tests, all the employees give negative. “All are vaccinated, in addition,” they explain from the establishment, which has been closed for more than a year due to the pandemic. “Until the restrictions disappeared, we preferred not to open,” they emphasize.

On day 5, more people have symptoms, always mild. They repeat the operation with the same result: those who take the tests quickly return positive, as soon as the drop falls on the device. Like their companions the day before, they are sent home and placed in isolation for seven days. According to hospital sources, until a few weeks ago health personnel who tested positive for antigens were forced to go to work, but since the appearance of the omicron variant, the protocol has changed and they must stay home for seven days. The Directorate of Public Health of the Junta de Andalucía notifies the situation: an outbreak that affects 22 people attending the Christmas meal. The news is published by South newspaper in mid afternoon. And the first consequences begin: the Public Health Emergencies Company (EPES) that manages the 061 service cancels its company lunch to avoid problems. Criticism of health workers are answered by the sector. “In Andalusia there are no restrictions on capacity and they, moreover, have done more than most: previously pass an antigen test,” adds Carlos Bueno, UGT delegate at the Regional Hospital.

On the 6th, in the midst of the controversy, Public Health confirms that the cases of the outbreak increase to 68 professionals, most of them nurses, although there are also doctors. Symptoms are always mild or negligible. The hospital assures that the service of the unit has not been diminished, but it is forced to balance the shifts with personnel from other areas. Meanwhile, the Health delegation recommends public and private health centers not to hold Christmas events. “Unfortunately we have no choice but to take care of ourselves to take care of others,” they said in the message to their workers in a private clinic.

Other units of the Regional Hospital also cancel their Christmas meals while the controversy increases due to the indignation of many of the attendees, who consider they have done the same as other unions: go to a company lunch. They give as an example the thousands of people who are attending the hospitality businesses in the center of Malaga during the days of the long weekend, the crowds next to the Christmas lights or the massive concerts in music halls. The CSIF union denounces that it is “very unfair that they are criminalized for this outbreak” because they have not violated any norm “nor have they skipped any type of restriction, but have followed the recommendations established at this time.”

Public Health reports that the outbreak already affects 80 people. As a consequence, the Andalusian Health Service authorizes the arrival of new personnel to the Intensive Care Unit. Sources of the Regional Hospital emphasize that “it is proceeding to hire reinforcement professionals.” The unions assure that 35 new contracts have been authorized, but also that there is a problem: the first calls have had a negative response.

“Of the 8,000 toilets whose contract was not renewed on November 1, 1,500 were from Malaga. And more than 600 have already gone to Catalonia, where they are offered one-year contracts “, explained Carlos Bueno, UGT union delegate at the hospital, who confirms that ICU care” is guaranteed thanks to the fact that the staff is doubling shifts or accepting without question that they change their unit. Their work is being exemplary ”, he concludes. Meanwhile, from the Health delegation of the Junta de Andalucía, they remain distant with the situation. “We do not talk about outbreaks”, they have stressed from the autonomous administration. The management of the Regional Hospital is also silent.

Atletico-Milan, Simeone: “Who deserves, will go to the second round”