Analysis of RiMS Racing for Xbox Series in 3D Games 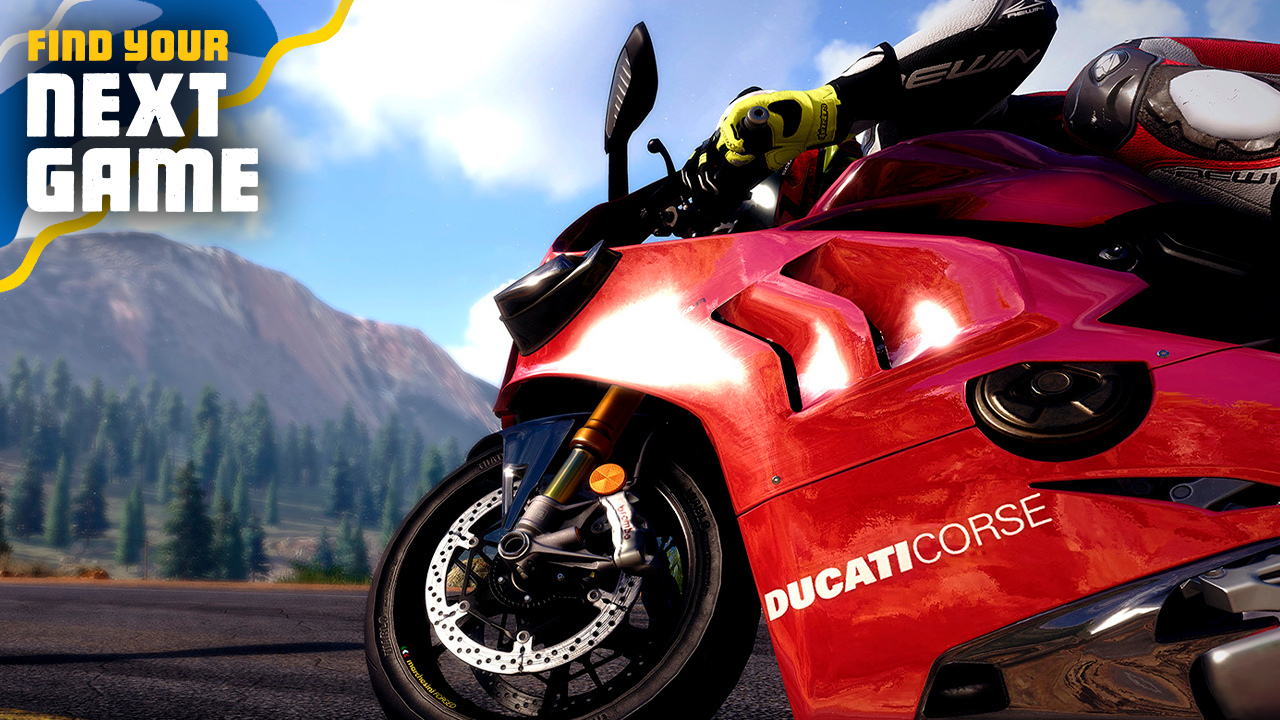 If you are a motorcycle lover and you are looking for a realistic driving simulator, RiMS Racing is an alternative that you should value. The Italian Raceward Studio, formed by former members of Milestone, has created a careful motorcycle video game that I think will convince the enthusiasts of these vehicles. I tell you why.

Getting on a motorcycle produces unique sensations. The violence of acceleration, a characteristic maneuverability, the weight of the body and, above all, the fusion that occurs with the pilot. Few games I know of that convey as realistic a feeling as RiMS Racing provides, and that is primarily their goal. It’s a video game specifically designed for motorcycling enthusiasts, of a demanding driving on two wheels, but at the same time fun.

There are not many exponents within the genre, and while Milestone’s RIDE 4 did not do things badly, I think that the Italian developer Raceward Studio has gone a step further in some aspects. To start with, your game does not want to be accessible out of obligation. Even at the lowest level of physics simulation you will notice powerful understeer and oversteer when cornering that will make you use extreme caution. If you just hit the gas, you will hit the ground at the first corner. His spirit is that of a simulator that is also accompanied by a complex set of mechanical elements.

In this sense, it can be somewhat overwhelming, but at the same time a pleasure for those who enjoy these machines on two wheels. It is a game that pays homage to these vehicles, with all kinds of details not only on, but off the track. You will have to be the best in racing, but for that you will have to pay close attention to your motorcycle, fix parts and get the best equipment. It has its gaps, such as the limited selection of motorcycles and tracks, as well as an artificial intelligence that can be improved. However, I sincerely think that it is the most recommended that you are going to find right now within its category. Here’s why …

Perhaps the most differentiating element of RiMS Racing is that it pays close attention to what happens between races when adjusting the behavior and performance of your motorcycle. You can change the discs, the brake pads, the exhaust pipe, the fairing, the damping, the tires … Everything. The process is also completely interactive, with quick time events in which we will remove each part of the motorcycle to change them if we have better spare parts.

The set-up of the motorcycle is a fundamental aspect before starting to race. You can control rebound, compression, spring stiffness, gear ratio, tire pressure … As you participate in events, the wear parts, so that is another important aspect to consider. However, this game incorporates an engineering skill tree, so you will have to invest points in improving certain characteristics that allow you to optimize performance and avoid suffering from this more than necessary. As you can see, there are not few options, and at the moment I am only scratching the surface.

The first-person view recreates the movement of the bike and the rider perfectly.

The set also includes a shop in which to invest the money obtained in the competitions. You can buy oil to prevent your engine from deteriorating. Also air filters, brake fluid, pads … Any component that you can think of is here, and can be purchased to make a perfect set-up. This, coupled with investigation area, with its respective skill tree, offers you more and better information, which could range from consulting the configuration of rival motorcycles to having a highly detailed weather forecast.

Much of RiMS Racing’s interest is off the trackAs you can see, much of RiMS Racing’s interest is off the track, an aspect that you should take into consideration if you opt for this simulator. But of course the competition is still the linchpin. You have a trajectory mode with a calendar of events divided by seasons. There are so many that it is difficult for me to assess how long the game could last you. Of course, we have the classic multi-lap races, but also small championships and brand events where you can get huge rewards, as well as 1v1 matches that can be quite exciting. In between, you also have academy events to perfect your technique, so the approach is not bad at all.

In other words, there are hours and hours of play that depend on how difficult you want to make things. The game has three degrees of simulation (beginner, intermediate and realistic). At the lowest level you will have some assistance when cornering, even if you don’t think it will be a walk. Meanwhile, at the highest level, you will get the most realistic sensations, with a riding that requires a lot of skill to stay on the track and not lose control of the bike. It is quite a challenge, and you will notice it in the way the bike behaves the moment you play a piano or you think of putting a wheel off the asphalt. Also in acceleration and braking: if you touch the brake or the accelerator a lot, understeer and oversteer will send you off the track.

There is a lot of detail in the motorcycle setup.

Of course, you also have options to modify the global difficulty. In the most affordable mode, you can leave and restart the events, but in the most demanding, forget about it. Oh, and in case you wonder, there are no “flashbacks” here at all. If you have a mishap on the last lap of the race, that’s life … As for the rival AI, it can also be modified, although I have to say that it was not the most satisfactory in my tests. They have taken me ahead on occasion, giving the feeling that there are moments when the opponents seem to forget that you exist. It is not a big problem, but it is a defect that should be solved (hopefully with future updates). Secondly, the penalties I consider to work reasonably well, and are usually fair depending on the offense committed, usually related to stopping on the track.

There are only eight bikes to choose from, and the number of existing circuits does not represent an act of generosity either.Although the game has many good things for its high level of simulation and realism, it also has some inconsistencies that you should be aware of. There is only 8 motorcycles to choose. All perfectly designed, with an incredible degree of detail, but it is a low number for a title of these characteristics. The 14 circuits existing ones (some with an inverted version) do not suppose an act of generosity either. It is true that they can be played at sunset, with clouds and rain, but even so it seems somewhat insufficient.

The available races are up to 10 simultaneous competitors, a figure not very high, and the modes in general comply, although I have missed something more inventive. We have private tests, ideal for training and setting the best times (there are online scoreboards and ghost drivers of other players). In the multiplayer aspect, there are online challenges, consisting of doing your best time in a series of tests, something that will allow you to gain fame and compare it with users from all over the world. Of course, you can create public and private games, and a point to keep in mind is that the split screen in case you want to play with another player on split screen.

The variety of events is not great, but it gives for many hours of play.

More highlights? In particular, I think the game is perfectly presented in terms of Interface. While running, you can press a button and access the status of your bike to check that everything is okay. The same degree of quality can be seen in the rest of the parts of the game, both in the main menus and in the animations that accompany the change of motorcycle components or the pit entrances. Although graphics It is not the most cutting-edge in driving games, it defends itself quite well, with circuits with a correct level of detail and a soundtrack with techno rhythms that accompany us while we compete. The physical They are also very good, and as soon as you touch something, you and your motorcycle will be flying through the air in a very credible way. In addition, the game is completely localized, with texts and voices in Spanish.

In short, RiMS is a good option for those who enjoy the world of motorcycling and are really passionate about these driving machines. And by this I mean people who have ridden a motorcycle and want to recreate their sensations in a video game made to worship these vehicles. If you fit into this idea, this simulator is highly recommended, both for its finish and for its correct execution in many of its sections. And if the developers take care of the title with post-launch updates and improvements, I have no doubt that it could be an even better video game.