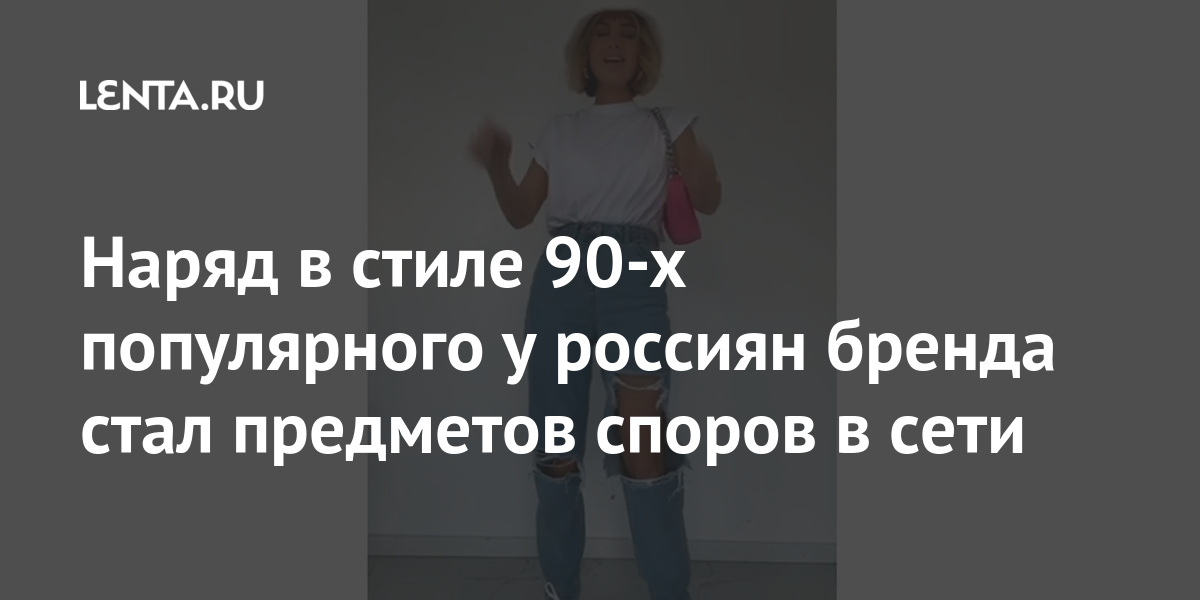 The image from the last century on the page of the popular online retailer Asos among Russian buyers has caused controversy on the network. Relevant comments appeared in Instagram-brand account.

In a video posted online, blogger Sterling Monnet shows off an outfit inspired by the style of the 1990s. So, the girl posed in blue ripped jeans with a high waist, white T-shirt and lace-up sneakers. She complemented her look with a beige leather shirt, a panama hat and a small pink bag. “She proved that denim is the key to the style of the 90s,” reads the caption under the post, which has garnered over 23,000 likes.

Why do rich people spend thousands of dollars on dirty, torn and old clothes

The brand’s customers began to discuss the outfit in the video in the comments. Some reproached the girl for the fact that her appearance did not correspond to the trends of the aforementioned decade. “I remember how high school girls wore ripped high-waisted jeans in the 88s and 90s. But already in the 90s, when I was about 16 years old, the high waist fell out of fashion ”,“ I think we have very different memories of the 90s ”,“ At this time, the low waist began to enjoy popularity, ”they wrote.

Others appreciated the image of the blogger: “How I like it!”, “Looks bold and chic at the same time”, “God, in love with these jeans!”, “I love this aesthetics”.

In January, jeans, popular in the 90s, became a trend again. These are baggy low-rise jeans. For example, the paparazzi captured supermodels Bella Hadid and Hailey Bieber in the aforementioned trousers.