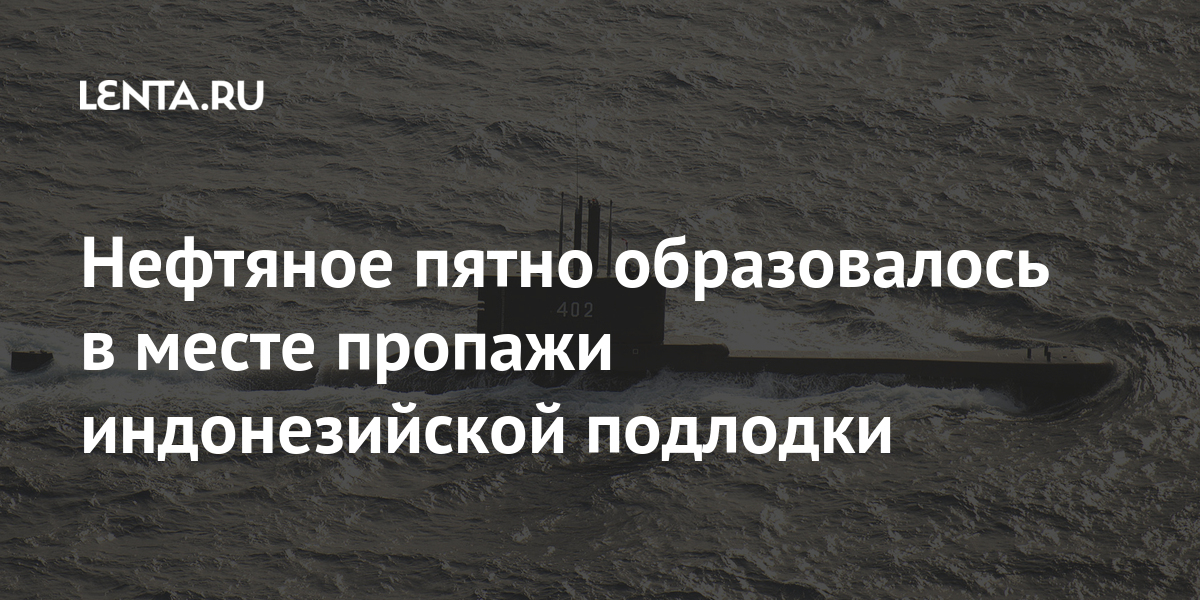 An oil spill was found near the island of Bali, where the Indonesian Navy submarine KRI Nanggala-40 disappeared. Reported by the agency Reuters with reference to the country’s Ministry of Defense.

The oil stain was found by the military during an aerial search for the submarine. The department clarified that two ships with sonars were sent to the area of ​​the vessel’s disappearance.

The submarine KRI Nanggala-40, with 53 sailors on board, was conducting exercises with torpedoes when it stopped communicating. Presumably, at the moment, the submarine is in the waters of North Bali at a depth of 700 meters. Indonesian authorities have requested assistance from Singapore and Australia to locate the vessel.

The submarine, built in Germany, has a cruising speed of 21.5 knots and, according to preliminary data, was modernized in 2011.