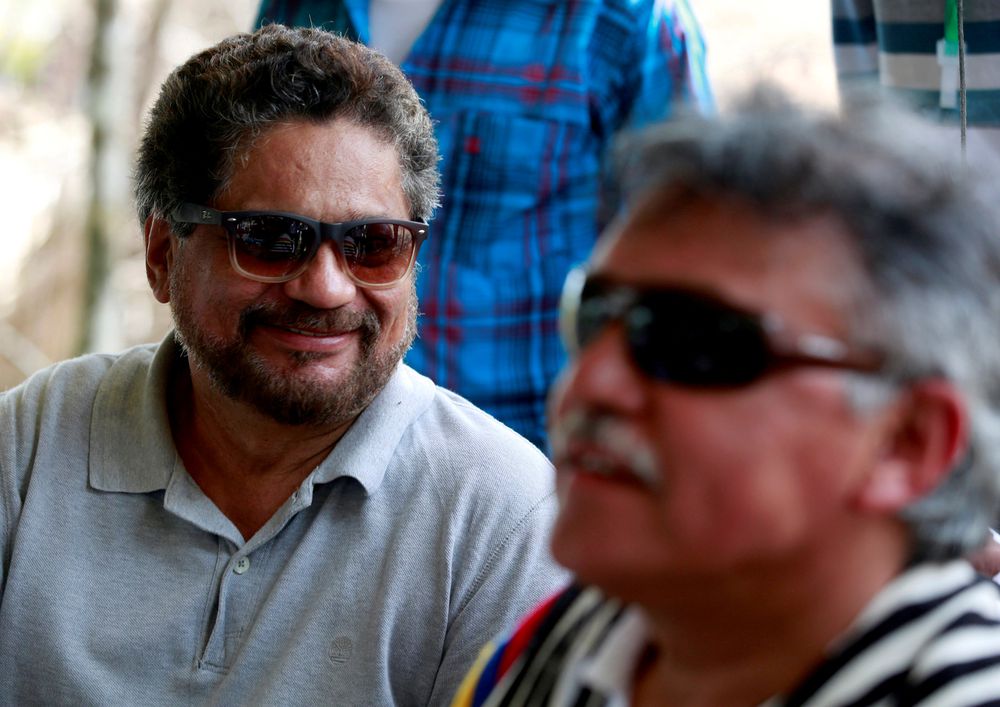 The bizarre case of former FARC guerrilla Jesús Santrich, today a fugitive from justice, continues to shake the peace process in Colombia. A year after the former negotiator of the Havana agreement fled and rearmed after being requested in extradition by the United States justice for drug trafficking, the newspaper The viewer revealed evidence according to which it is inferred that after the judicial investigation there was an “attempt to torpedo the peace process during the Prosecutor’s Office of Néstor Humberto Martínez”.

According to the Colombian newspaper, there are 24,000 audios that show that the Drug Enforcement Administration (DEA), the United States anti-drug agency, participated in an “entrapment operation against guerrilla negotiators”, that those agents who presented themselves as Mexican drug traffickers would not have the judicial authorizations to investigate in Colombia either and that the Prosecutor’s Office contributed five kilos of cocaine so that the ex-guerrillas fell in the operation. But in addition, that of all those audios the Prosecutor’s Office only delivered twelve to the Special Jurisdiction for Peace (JEP), the court that judges the crimes of ex-guerrillas and the military who participated in the armed conflict. “There remains the feeling that the Prosecutor’s Office did everything possible to sabotage the reputation and the actions of the JEP (Special Jurisdiction of Peace),” he said. The viewer in an editorial.

The revelations forced the JEP to break its silence about a case that has earned it staunch criticism from sectors opposed to the peace process. From the main government party, the Democratic Center, they have assured that Santrich escaped due to the slowness of the peace court and the decision not to surrender him in extradition. At the time and after a year in jail, the JEP released him on the grounds that “the evidence does not allow the conduct to be evaluated or the precise date of its execution”, but after this decision the ex-guerrilla fled and created a new group armed. This Wednesday, the new director of the JEP, Eduardo Cifuentes, said that the Prosecutor’s Office and the United States Government refused to deliver the evidence they required to acquit or incriminate the former guerrilla. “The JEP had to ask for evidence, it asked for it and they were denied it. And at the time that affected the jurisdiction, “said the president of the transitional justice of Colombia.

Regarding these revelations, the then Attorney General Néstor Humberto Martínez has said that the Prosecutor’s Office did not coordinate cocaine deliveries, although the journalistic investigation shows an official document that affirms otherwise. The controversial prosecutor, who resigned in May 2019, also now assures that it was not a covert operation despite the fact that he himself affirmed it during an interview with a local radio in 2019; and added that he did not know of the existence of the 24,000 audios.

Beyond the complaints of concealment or lack of collaboration between the Prosecutor’s Office and the JEP, both Cifuentes and the newspaper The viewer They point out that Santrich and Iván Márquez betrayed the peace process by rearming themselves and creating the dissident group Segunda Marquetalia. “His return to arms has no justification whatsoever, other than his selfishness and his interest in staying financed in the legal economy,” the newspaper said. While Cifuentes clarified that being traitors “they can no longer step on the JEP.”