An intractable Badajoz encourages the qualification to the playoff 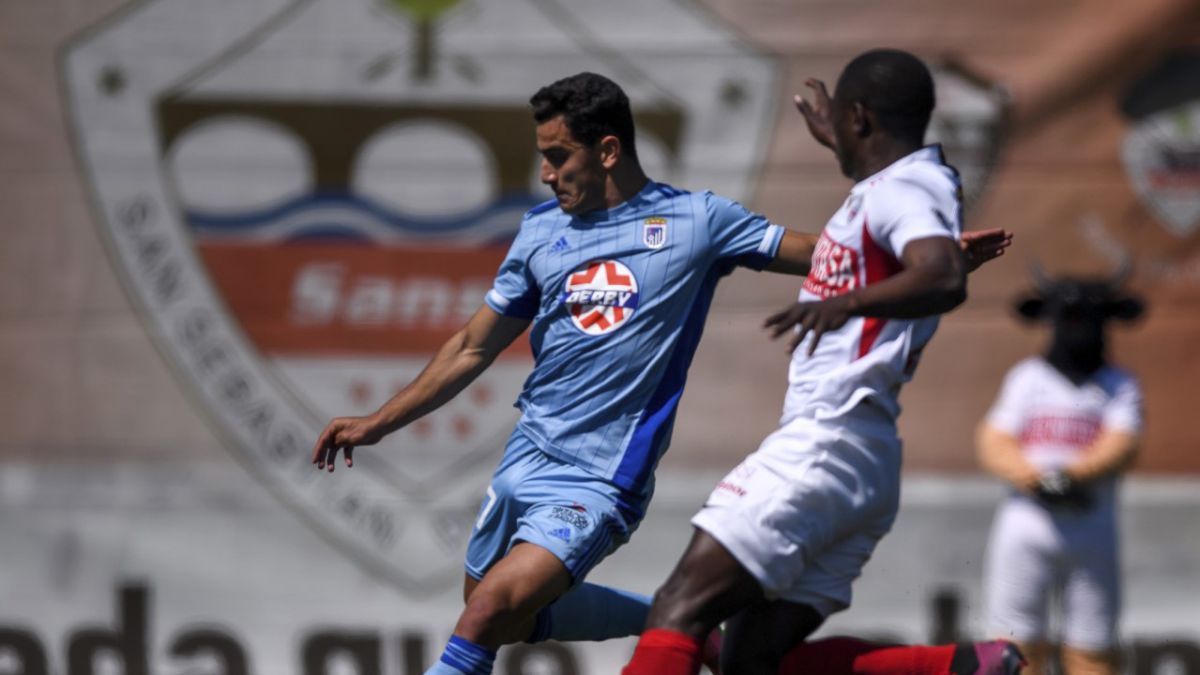 Badajoz, day by day, is proving to be the fittest team in all of Second B and the favorite to win one of the four promotion tickets to LaLiga SmartBank. If last week he made sure to be in the playoff, in this it has been ratified to finish first in Group 5 after imposing, without any hesitation, Sanse, second. He has not slowed down and gives hope, with this stumble from the locals, to the teams in the lower-middle zone of the table to try to get into the promotion.

Extremadura showed their power and superiority from the first second. Ball control and greater depth. Without granting almost the slightest movement to their hosts. Those of Fernando Estévez managed to see the goal very early. Nine minutes after the opening whistle, Dani Aquino received a ball hanging from the left side that finished off with his head at the far post to beat Felipe. Much less could he do at 0-2. Dani Fernández, one of the great sensations of Badajoz and whom many scouts have already put on their list, hung a ball to overcome Sanse’s defensive line and leave Jesús Clemente alone in the area. This one only had to look up and cross a shot that slipped through the squad. Unstoppable. A new demonstration of association and punching in Badajoz.

Sanse, who already tried to react after the first goal and tried to increase even more intensity after the second, ran up against the Badajo defense again and again. Neither the associations of Carlos Portero and Borja Sánchez, nor the attempts of any against Arturo had an effect. The goalkeeper gave the scare, who received a ball from his back in the front, while turning he managed to overcome Kike Royo, but when it seemed that he was going to be able to shoot at goal, Tomás appeared like lightning to steal the ball.

The second part continued with the same trend as in the first half. Badajoz took the lead and even extended the advantage with a goal from Pablo Vázquez. The defender made a rebound and, as did his two teammates, placed the ball in the squad. The Sanse had some approach to try to make up the result, but the local attack was imprecise. Pablo Vázquez wanted to emulate Sergio Ramos and become a central scorer and he showed it in 84, where he scored his second goal by finishing off a header corner.

A fragile tradition in search of relief