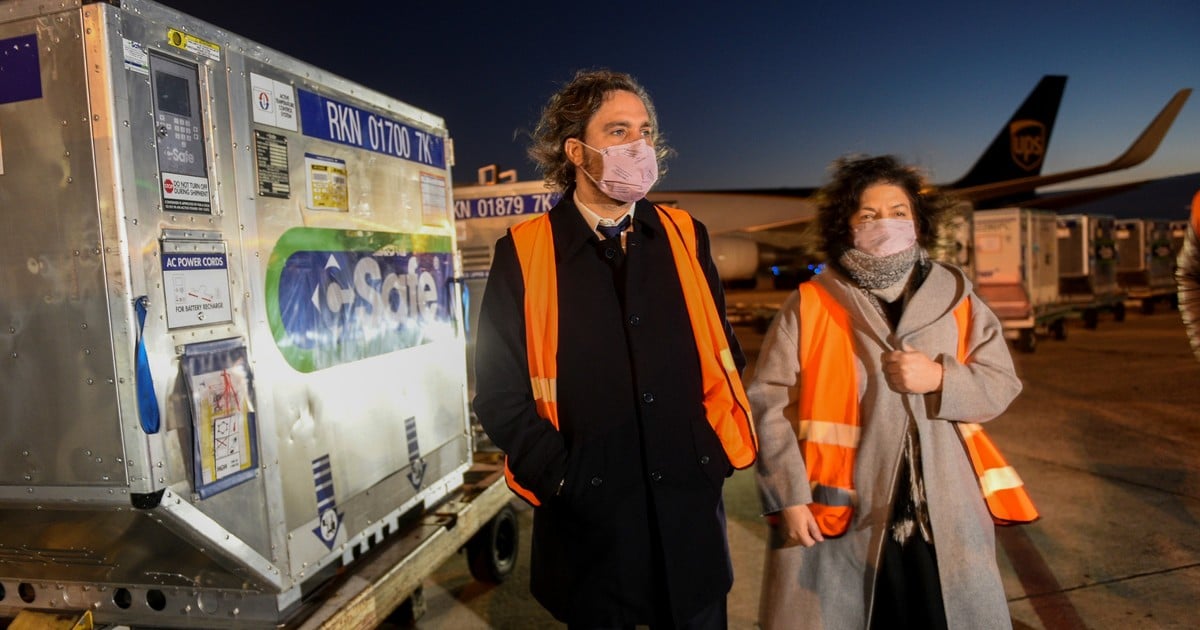 The former president of the Argentine Society of Infectious Diseases and doctor at the Muñiz Lautaro De Vedia hospital affirmed this Saturday that “I do not have doubt that if we had had more vaccinations in the time that was said, we would have had fewer dead now“Thus alluded to the figure of more than 80 thousand dead by Covid-19 reached on Friday.

“How many I don’t know, it’s hard to know exactly how many people would have been saved“He said if 5 million doses had arrived in March as promised by President Alberto Fernández.

In the purchase of vaccines by the government “there were many potholes, many dark spots, many unsubstantiated promises and I believe that although this June and July the number is expected to increase, which I certainly celebrate, I believe that we have to be clear that there was an undoubted deficit and that this has an impact on mortality rates and on the occupancy of therapy beds. “

This is how he agreed with his colleague Roberto Debbag who had said that “the vaccines should have arrived in time and in good shape and thousands of deaths had been avoided.” On April 1, “2.4 million Argentines over 60 years of age were vaccinated and 5 million of them had yet to be vaccinated, if five million had been vaccinated with the doses promised, agreed upon and paid for before April 1, in the month of May 12,000 people died, between 8,000 and 9,000 people older than 60 years less would have died“he explained to Debbag.

At this point “there is no doubt that the only tool we have is that of vaccines and although one knows that there is a complex situation in terms of availability, it is also true that our country did not present the best management on this issue”, Added De Vedia in statements to the program Dato sobre Dato on radio Milenium.

Regarding the level of infections in recent days, he assured that “in Capital there seems to be a downward curve, slow but downward, the average number of cases has dropped ”. In the Province of Buenos Aires “it remained more stable, it also fell but a little less and in the rest of the country the situation is really complicated,” he added.

Regarding restrictions on circulation and trade, he commented that “I tend to think that restrictions are not good in all respects, out there rather localized in some activities, but it is very difficult, especially when one faces one knows that there is the very serious economic situation of the population “.

The Committee of Experts that advises President Alberto Fernández “has done a very good role. They are all prestigious and serious people. I know the vast majority and I put my hands in the fire for the honesty and seriousness and the scientific level of all of them ”.

“I understand that political divisions prevail and it should not be easy. Looking back, already with the Monday newspaper, one can say that perhaps last year’s excessively long quarantine, that the boys should have returned to class earlier, but now I see it more clearly now, “he stressed.

It was always pointed out that “vaccines they were the tool to finish stopping this pandemic and I think that is still the only certainty, “he commented.

“Everything else is palliative measuress to flatten the curve to allow time, just as last year it was to prepare the health team, this year it is for more vaccines to come. Fortunately, there are already many groups vaccinated, the percentage is slowly increasing and it is the enormous challenge that we all have, “concluded De Vedia.