An expert has dispelled myths about combating allergies 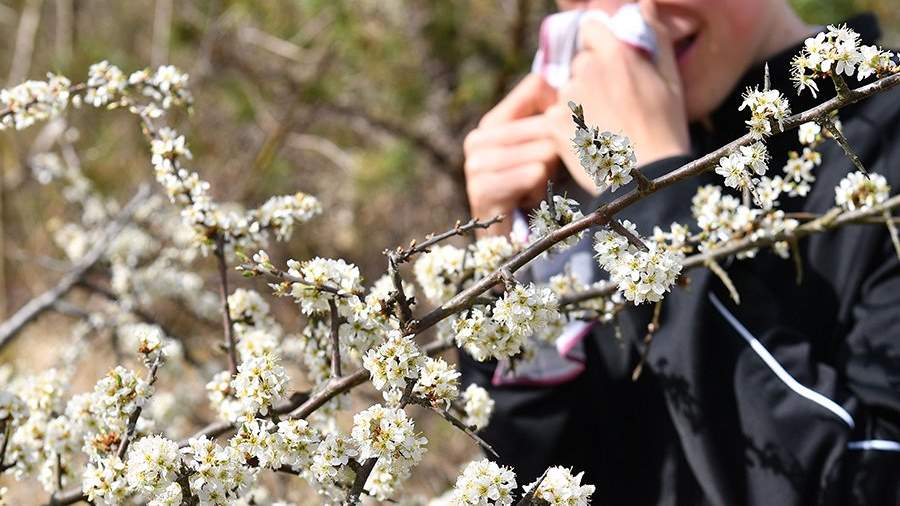 She said that some types of pollen begin to spread even before the start of the traditional allergy season, moreover, its scope is also shifting.

“Blooming season has increased by as much as 20 days over the past 30 years, according to some scientists, at least in the US and Canada. And urban warmth islands (a phenomenon where the temperature in the city is higher than in the surrounding countryside. – Ed.) Are known to bloom earlier than their rural surroundings. For example, up to four days for a birch and up to seven days for a hazel, ”she is quoted as saying “RIA News”.

Fedotova warned that night time is not always suitable for allergy sufferers in order to ventilate the room, as is commonly believed.

“Air containing pollen rises in the form of convection currents in the upper atmosphere during the day, cools and descends at night, thereby increasing the concentration of pollen at ground level. However, some plant species release their pollen late at night, creating high concentrations of atmospheric pollen at night, ”said the expert.

According to the expert, levels of airborne pollen from birch and ragweed are significantly higher at night, and even the dark time of the day is the time of pollination for some plant species.

Fedotova advised to deal with manifestations of allergy under the supervision of a doctor, since appropriate clinical guidelines have been developed for various allergic diseases.

The expert said that long-term allergen-specific immunotherapy (ASIT) allows the patient to develop tolerance to certain allergens. The effect of it is achieved within 3-5 years, the duration of therapy is determined by a specialist allergist, added Fedotova.

On May 1, the doctor of clinical laboratory diagnostics, Alexander Karasev, recommended that people with allergic reactions use air purifiers and mobile applications that can show the flowering time of plants.

After the Tagesschau farewell: Linda Zervakis announces her new job – and reveals a plan with Merkel

Zelensky wanted to meet with Putin at the Vatican