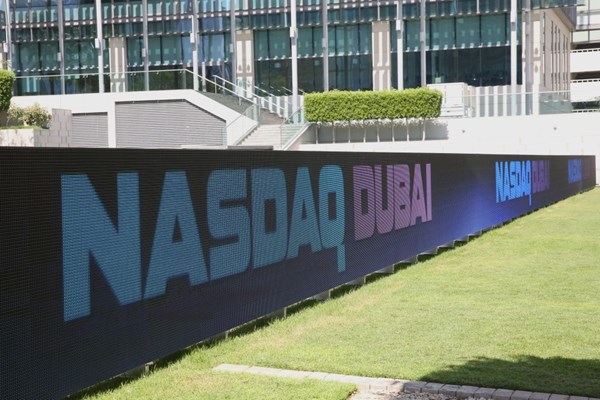 Hussam Abdulnabi (Dubai) testifies Nasdaq Dubai The listing of the first listed digital assets fund in the Middle East during the second quarter of this year, according to the expectations of Frederick Bay, Chairman and CEO of 3iQ Digital Asset Management, who confirmed that the company obtained a letter “No material comments” from the Dubai Financial Services Authority regarding Related to its proposed listing of Bitcoin Fund.

Bay said, the Bitcoin fund was launched on the Toronto Stock Exchange in 2020 as the world’s first listed prime regulated Bitcoin fund. He attributed the choice of Nasdaq Dubai to list the fund to the world-class Dubai regulatory environment that supports the growth of the new economy’s business and investments. 3iQ chose Delma Capital, a global alternative investment platform, headquartered in the Dubai International Financial Center and licensed and supervised by the Dubai Financial Services Authority. , To be the co-director of the company’s regional expansion, noting that the Bitcoin Fund, since its launch in Canada, has achieved about $ 1.37 billion in assets under management, as the fund provides investors with an opportunity to invest in an accurate digital asset through a smooth, clear and specific financial instrument.

Bay assured to “Al-Ittihad” that the closed fund raises a specific amount of capital during an offer, as will happen in Dubai, by issuing a fixed number of shares that the investor buys. After subscribing to all shares (fund documents), the offering is closed, and no trading takes place. New investment capital in the fund and shares are traded on the stock exchange. He pointed out that the 3iQ Fund is the only continuing prospectus-based fund listed on a major stock exchange in the world, and there is another closed US-based fund that has very different characteristics.

Zachary Sivaratti, CEO of Delma Capital Management, said that the Bitcoin 3iQ Fund offers an effective solution for regional investors to access the asset class through a structured investment tool with a strong market infrastructure, and we look forward to making this product available to clients on regional banking and wealth management platforms. And mediation, explaining that globally, Bitcoin has witnessed explosive growth as its price exceeded $ 60,000 last March, so the Bitcoin Fund is bringing auditable ownership through a conventional investment tool to the region for the first time, allowing for a public inclusion mechanism for the asset class that has seen An exceptional recognition over the past decade.

Sivarate noted that 3iQ has also hired a number of other advisors with different qualities to support the listing, including 01 Capital is a London-based corporate financial advisory firm to create and implement the listing, Razlin Capital, a London-based investment firm to obtain advice on the listing, and Pinsent Masons LLP. As a legal advisor to the listing process.

As for how to invest in the fund for individuals and institutions, Sivarate assured to “Al Ittihad” that once the fund is listed on Nasdaq Dubai and opened for trading, the fund’s shares can be traded through a brokerage account like traditional securities, indicating that with regard to institutions and individuals who seek to invest before subscription During the year, there will be a three-week registry building process by the participating banks that enables them to participate. In response to a question about the delay in the timing of the fund’s launch and its listing on Nasdaq Dubai and the risks of investing in light of exceeding the price of $ 60,000 Bitcoin, Cefaratti replied: We are still in the early stages of increasing the increased institutional allocation to Bitcoin, as it strengthens its position as a valuable alternative, and the growth of these continues. The class of assets is in its infancy.

He said that the basic listing of this fund on the Toronto Stock Exchange last year made it the first public cryptocurrency fund to be listed on a major exchange, noting that the recent escalating growth in cryptocurrency prices showed many fundamental differences that we expect to make a major turning point in the asset class. Especially since visionaries like Elon Musk, one of the most prominent movers and innovators, his company, Tesla, invested more than $ 1 billion just a few months ago. Sivarate concluded by noting that the fund’s value lies in its ability to pass through Bitcoin ownership through an organized and secure means, which provides ease of access and transparency for investors.

Frederick Bay, Chairman and CEO of 3iQ Digital Asset Management, answered a question by Al Ittihad about the refusal of central banks in the world to recognize cryptocurrencies such as Bitcoin and others, by saying that the world is currently witnessing a shift in the views of central banks about cryptocurrencies in Canada and the states. Morgan Stanley and Goldman Sachs, to name a few, also help their clients learn about Bitcoin. Bay denied that the refusal to recognize cryptocurrencies would have a negative impact on the funds offered by the company, referring to the fact that so far we have not witnessed widespread adoption of Bitcoin, and the market value still exceeds $ 1.1 trillion, which means that we are still in a very early stage of the stage. Adopting digital assets, blockchain and Bitcoin in particular.

Luis Miguel, the series season 2: What happened in chapter 1 and 2 premiered on Netflix?