An ethanol factory adapted its own fleet to run without gasoline 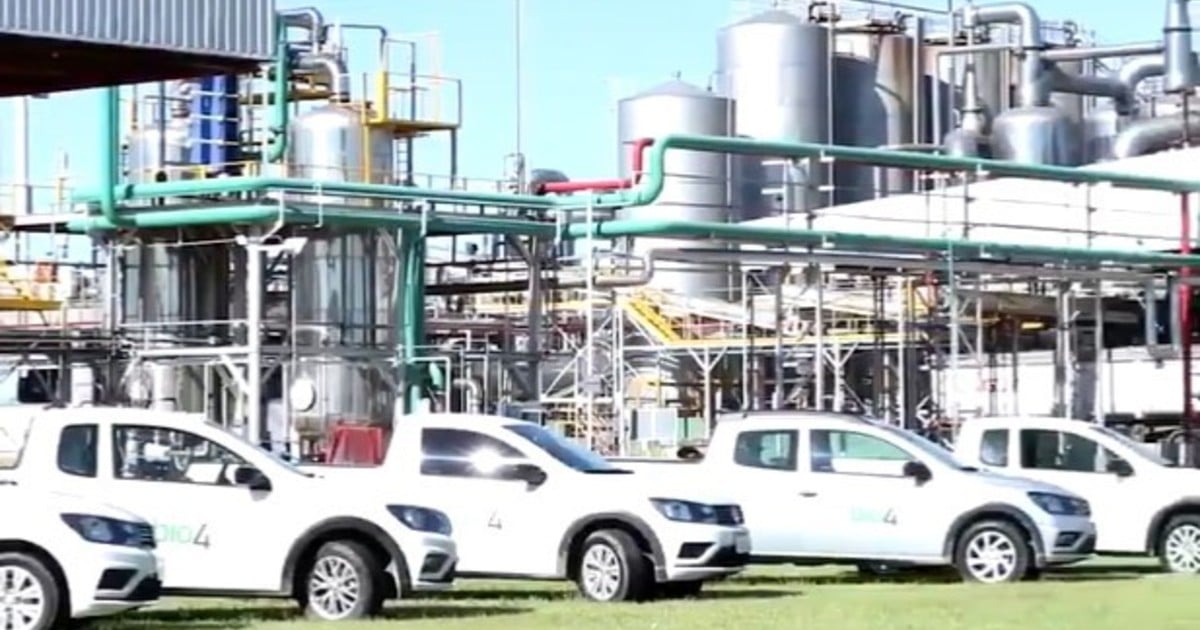 A few days ago, one of those news was known that go against the general course of events and that serve as triggers for reflection and debate. The Cordoba ethanol producer Bio4 showed on its social networks that it is already has its own fleet of seven vehicles adapted for the use of 100% bioethanol. “We use a chipping system that is sold in Brazil for less than $ 20 and transforms almost any car into flex,” he explained in dialogue with Rural Clarín the president of Bio4, Manuel Ron, and clarified: “It is super simple to implement but it is not officially approved, we only do it for internal use. We are thinking of a municipality requesting authorization from the Secretary of Energy of the Nation to be able to do so ”.

The main benefit, according to Ron, would be to “kill” the inefficiency of producing a biofuel in Tucumán or Córdoba, shipping it to the Dock Sud refineries and returning it to the interior to be used as mixed gasoline. “It is nonsense from the point of view of efficiency, the carbon footprint … The release of regional fuels would generate high efficiency for local consumption, without freight ”, he remarks.

Ethanol, which in Argentina is produced mainly from sugar cane or corn, is currently used to cut gasoline to 12 percent. From the productive sectors, stopped in both environmental and economic arguments, they have been demanding that this percentage be increased, and in fact that is one of the central points that a possible new biofuel law would include. But today the possibility of a new law is very distant and the claim became that at least the current law be extended, which expires in May.

“There are 40 days to go before the law expires after 15 years and in the absence of a State policy we are asking for the extension to come out and then we sit down to think about a new regime for biofuels. The Ministry of Energy is the one who should set a State policy or really liberalize it, but it is not behind this. The oil companies and their vocation to maintain control of fuel distribution are beginning to play, ”says Ron.

To illustrate the impact of an increase in the cut on the biofuel industry, the businessman says that each extra cut-off point is equivalent to 90,000 cubic meters per year of ethanol, the same thing that a plant like Bio4 produces. With the current production capacity, the market could be supplied with a cut of up to 14 percent.

Meanwhile in Brazil, where all gasoline is cut with 27 percent ethanol and at the pumps there is also the option of E100, ethanol already represents almost 50 percent of the total fuels used. “The taxi driver takes out the calculator, sees how much one is and the other and decides whether to charge E27 or E100,” says Ron, and regarding the ability of local cars to adapt to that situation he adds: “Today, anyone who drives off vacations to Brazil in the car load E27 and nothing happens. For the E100, it is necessary that the car be flex or that it be chipped ”.

A curious fact is that In Córdoba, near the corn cluster headed by Bio4, there are already automotive companies that manufacture flex cars for export to Brazil several years. Everything invites us to think about a local transformation of corn into ethanol in the center of the country to be used in self-made cars, replacing fossil energy with biofuels. But reality is going at a different speed.

Three months ago, the Bio4 plant was stopped because for every liter that was ground there was breakage. Now ethanol has seen a small price improvement but uncertainty persists and there is still idle capacity in the industry. ”We are on a five-month path of price improvement, but in May the law expires and the trail ends. The numbers are very bad, we are working without any profitabilityRon synthesizes.

Cecilia Heyder, the woman who fights a fierce battle to legalize euthanasia in Chile