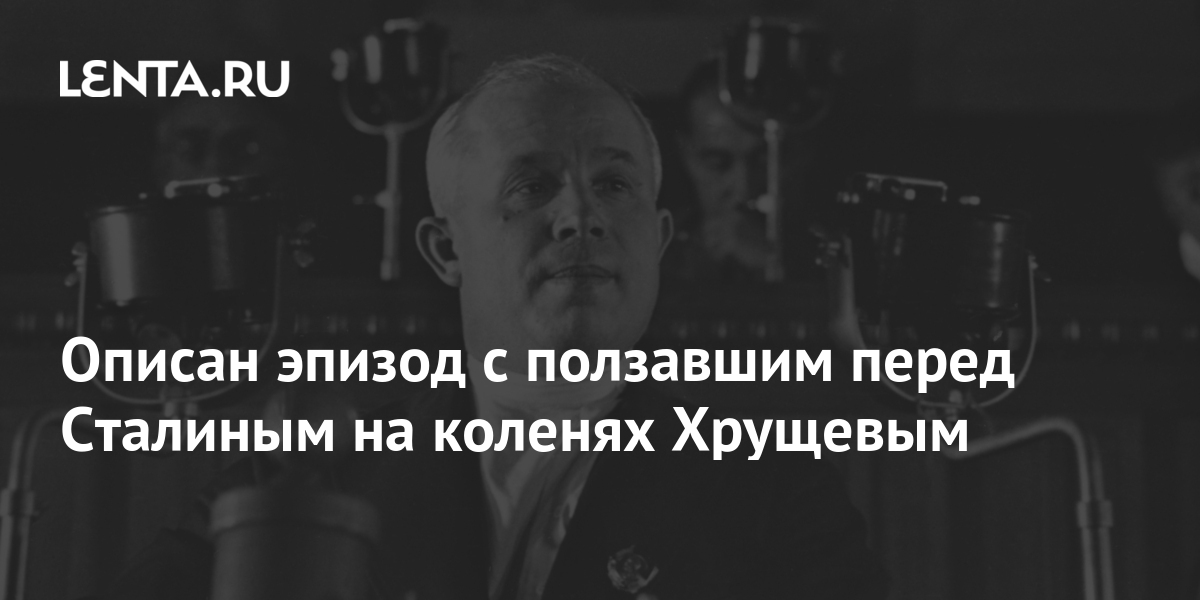 In the biography of Soviet leader Nikita Khrushchev, before coming to power, there was an episode when he crawled on his knees in front of the then leader of the USSR, Joseph Stalin, trying to persuade him not to punish his son Leonid, who inadvertently shot the officer. Biophysicist, Doctor of Biological Sciences, Professor Andrei Malenkov, who is the son of one of Khrushchev’s competitors in the struggle for power, Georgy Malenkov, told about this in an interview with Lente.ru.

“For this they were supposed to be shot. Khrushchev came to Stalin and crawled on his knees. Moreover, this was already the second case – the first was forgiven him, ”Malenkov said.

He added that Khrushchev’s report at the XX Congress of the CPSU “On the cult of the individual and its consequences” was revenge on Stalin by Khrushchev “for his unlucky son Leonid.”

After the incident with negligent murder, which occurred in the fall of 1942, Leonid Khrushchev, according to some sources, was sentenced to eight years with serving at the front, and according to others, the incident was hushed up. On March 11, 1943, Nikita Khrushchev’s eldest son did not return from the sortie.

Georgy Malenkov – Soviet statesman and party leader, associate of Joseph Stalin, from 1953 to 1955 headed the Council of Ministers of the USSR. He supervised a number of branches of the defense industry, as well as the creation of the first nuclear power plant in the world. After Stalin’s death, he was initially perceived as his successor. Most of the country’s population remembered the removal of many bans: on foreign press, border crossing, customs transportation.

In May 1953, on the initiative of Malenkov, a government decree was adopted that halved payments to party officials and eliminated cash awards in envelopes that were not subject to accounting. This soon shook his position in the party, as a result of which Nikita Khrushchev became the de facto leader of the USSR. In 1957 he became a member of the so-called anti-party group consisting of “Malenkov, Kaganovich, Molotov and Shepilov, who joined them,” striving to remove Khrushchev. After the failure of this attempt, he fell into disgrace and was expelled from the party, in which he was never reinstated.