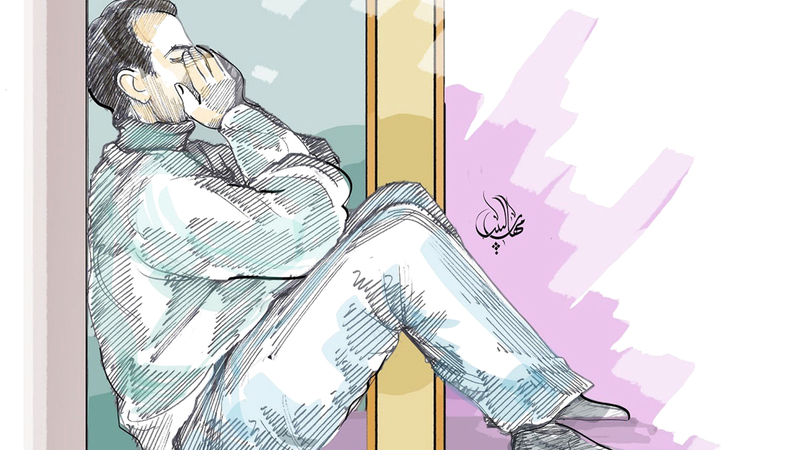 The Dubai Court of Appeal acquitted an (Arab) employee, the court of the first degree had previously convicted him and sentenced him to six months in prison, followed by deportation, on charges of threatening a man, his wife and his daughter with death, and insulting them with indecent words, as well as insulting the divine, due to the severing of their relationship with him. And the wife blocked him “Block” on the “WhatsApp” application.

The legal representative of the accused, lawyer Badr Abdullah Khamis, argued that there is an impediment to criminal responsibility, which is that the accused suffers from emotional disturbance due to a health condition that affects his ability to control his emotions and feelings, and his loss of awareness, which makes him not responsible for committing the crime.

In detail, the first victim said in the investigations of the Public Prosecution that the accused had been sending text messages to his wife and daughter containing phrases threatening to kill and attributing indecent acts to them, due to the severing of their relationship with him, pointing out that the accused wrote in the text, “If you do not reconcile me, I will expose you.” .

He added that the accused sent his daughter a message threatening to kill her mother if she blocked him on the “WhatsApp” application again, noting that the accused had access to pictures of his wife and transferred them to his phone and published them among a number of his friends with the aim of discrediting her, because she was refusing to go out with him and his family and exchange visits. With them.

An eyewitness friend of both parties stated that the accused sent him pictures of the victim’s wife, and he would show him the pictures when he saw them.

For his part, the accused denied before the Court of First Instance the accusations, and his lawyer argued that the right of the first victim to file a complaint had expired by the lapse of time regarding the accusation of insulting the victim, based on Article 10 of the Code of Criminal Procedure.

However, the Court of First Instance rejected the arguments submitted, and considered them a controversy in the assessment of the evidence, noting its conviction that the elements of the crime of threat accompanied by a request against the accused were fulfilled, pointing out in the merits of the preliminary ruling that the accused threatened the victim by phone, and this accompanied his request from the second victim to continue In her relationship with him and going out with them, in addition to other requests.

It also concluded that the crime of insulting through information technology is fixed against the accused, as well as insulting the divine, and assaulting the privacy of the victim by transferring pictures of her from her phone, copying and publishing it, and ordered his imprisonment for six months and his deportation.

The accused appealed against the initial ruling before the Court of Appeal, and his legal representative, Badr Abdullah Khamis, confirmed the existence of an impediment to criminal responsibility, which is that the accused suffers from emotional disturbance due to a health condition that affects his ability to control his emotions and feelings, and his loss of awareness, which makes him not responsible for committing the crime .

Khamis said that based on the approved medical reports, the accused needs to continue using the medication prescribed for him, and regular follow-up in the outpatient psychiatric clinic, as well as neurology. It is also highly recommended to avoid driving in consideration for the safety of others, with his need to avoid psychological and physical pressures and enjoy the care of his family.

He added that, based on the medical committee’s conclusion regarding the appellant’s pathological condition, it is confirmed before the esteemed court that the appellant is not responsible for the actions attributed to him.

After examining the case, the Court of Appeals acquitted the accused of the charges against him.

• «Dubai Appeal» canceled the ruling of the first degree of conviction of the judge and his imprisonment for six months and deportation.