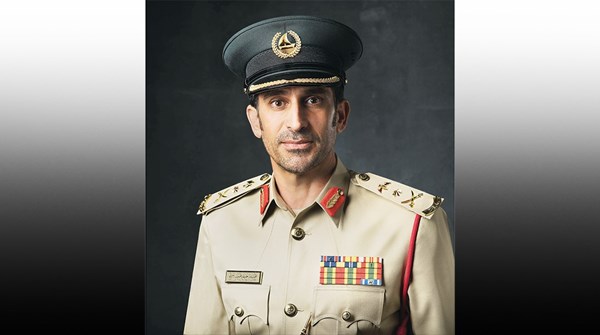 His Excellency Lieutenant-General Abdullah Khalifa Al Marri, Commander-in-Chief of Dubai Police, on the occasion of the World Anti-Drug Day, which falls on June 26 of each year, stressed that the increasing societal awareness about the danger of these destructive “toxins” supports the tireless efforts of the police and security services to overthrow criminals and reveal their new methods of concealment. The transfer and smuggling of drugs and their delivery to their recipients, whether addicts or victims of experience, and among the cases that highlight the community members’ response to our awareness-raising efforts about the dangers of drugs, an 18-year-old Emirati young man with a strong personality and courage, rescued two of his friends, the first 20 years and the second 21 years, from drug addiction.
In detail, His Excellency said: The events revolve around the young man accepting the invitation of his close friends to go out with them, and while they were all in the car, one of his friends received a call from a delivery representative asking him to send the location to deliver a gift to him, and upon the arrival of the representative, the 18-year-old wondered about how the representative delivered the gift Note that the commercial company in which he works specializes in transporting and delivering people and not parcels and gifts, and when opening the gift, our hero saw pills that aroused his suspicion and suspicion and caused great confusion to his two friends, which prompted them to immediately justify the situation that the gift was not theirs and returned it to the delegate, but our hero and motivated Fearing for his two friends and being keen on them, he did not hesitate to contact the General Administration for Drug Control and expressed his concern for his two friends and his feeling that something bad was surrounding them, and that the police should intervene to protect them and save them. Anything that might threaten their safety and future.

good upbringing
His Excellency continued: This young man is the fruit of a good upbringing, where the father instilled in his son values ​​and principles inspired by our true religion, our customs and our original traditions, which enlightened his mind, vision and insight and enabled him to build a conscious, critical, courageous and distinguished personality by all standards. Despite his young age, his acumen and originality of upbringing contributed In saving his two friends from immersion in the world of abuse and addiction, and his daring to communicate with the police without hesitation, reflects his love for his country and society, loyalty to his friends, and gentleness of morals. This role may multiply the challenges and losses, and then regrets will not work.

Exceptional efficiency
His Excellency concluded by expressing his thanks and appreciation to the men of the General Department of Anti-Narcotics in Dubai Police, who demonstrated exceptional competence in analyzing various data and information and performing their roles with great responsibility and professionalism, between confronting drug smuggling gangs, traffickers and their promoters, pursuing them, arresting them and bringing them to justice, and unraveling the mystery of the most difficult cases, Hemaya International Center is leading tremendous awareness-raising efforts to spread the culture of drug prevention to prevent falling into its clutches, and to contain the beneficiaries of Article 43 of the UAE Anti-Narcotics Law, by cooperating with partners to provide appropriate treatment for repentant people, rehabilitate them and integrate them into society. The center has written many success stories that It reflects the depth of the impact of awareness in society, and the high culture of its members about the harms and dangers of drugs and psychotropic substances.