An electric car with solar panels travels more than 700 kilometers 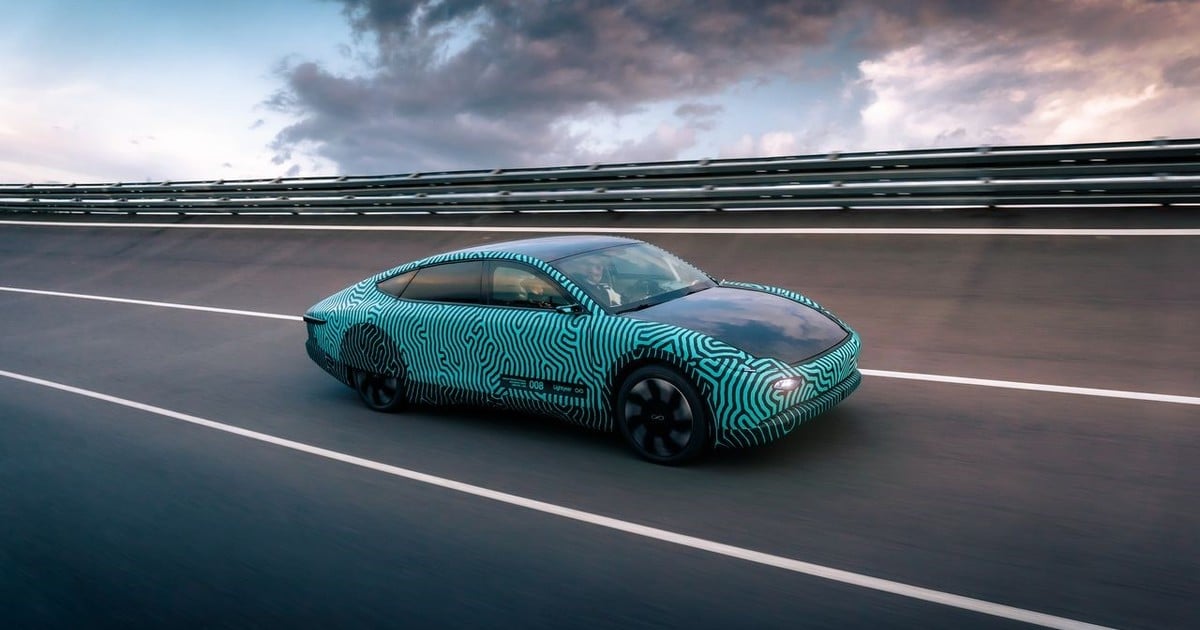 The idea of ​​using solar panels on the body of a car to obtain energy to move the wheels was always present in people’s imagination. However, photovoltaic cells do not yet have the ability to do it on their own.

But they could work as an assist to a main battery that you can give a plus of electricity collected as it progresses.

That is the proposal that is made with the Lightyear one, a solar electric car that is not yet available on the market but that shows more and more potential.

The Lightyear One can achieve up to 72 extra kilometers thanks to its solar panels on its body.

The latest positive data reported by the Dutch company, the latest prototype of the solar vehicle has reached a autonomy of 710 kilometers with a single charge on a test track.

Although it is a long distance if one takes into account the autonomies that other electric cars can give, the most novel thing is that it achieved it with a relatively small battery, 60 kWh, and at a rather high speed.

The test was carried out at the Aldenhoven test center in Germany, where the prototype of the Lightyear One was circulating for nine hours at a time. 85 km / h average speed, with a single charge of your battery.

The Lightyear One thus achieved more than 700 km of autonomy, 300 less than the record reached by the Hyundai Kona EV, which has a battery of similar size. But in the case of the Korean brand’s SUV, the average speed was only 31 km / h.

Lightyear promises that for the energy it obtains with photovoltaic cells, the model can receive an extra 72 kilometers autonomy on a sunny day.

This opens the door to the production of cheaper electric cars, since long autonomies can be achieved with relatively small batteries.

The Lightyear One will start with an exclusive series of 946 units, which will go into production in the first half of 2022. The company says it will be ready for mass production from 2024.

Like all new technology, it won’t be cheap, at least until it catches on if it ever does. This solar car with capacity for 5 occupants starts in the 150,000 euros.

EL by Lightyear is not the only project that bets on the integration of solar panels in an electric car. The other one that uses a similar combination is the Aptera.

With the promise of reaching 1,600 kilometers of autonomy, the Californian company that is carrying out the project announced prices that range between 25,900 and 44,900 dollars, and, as reported, accumulates more than 7,000 reserves.