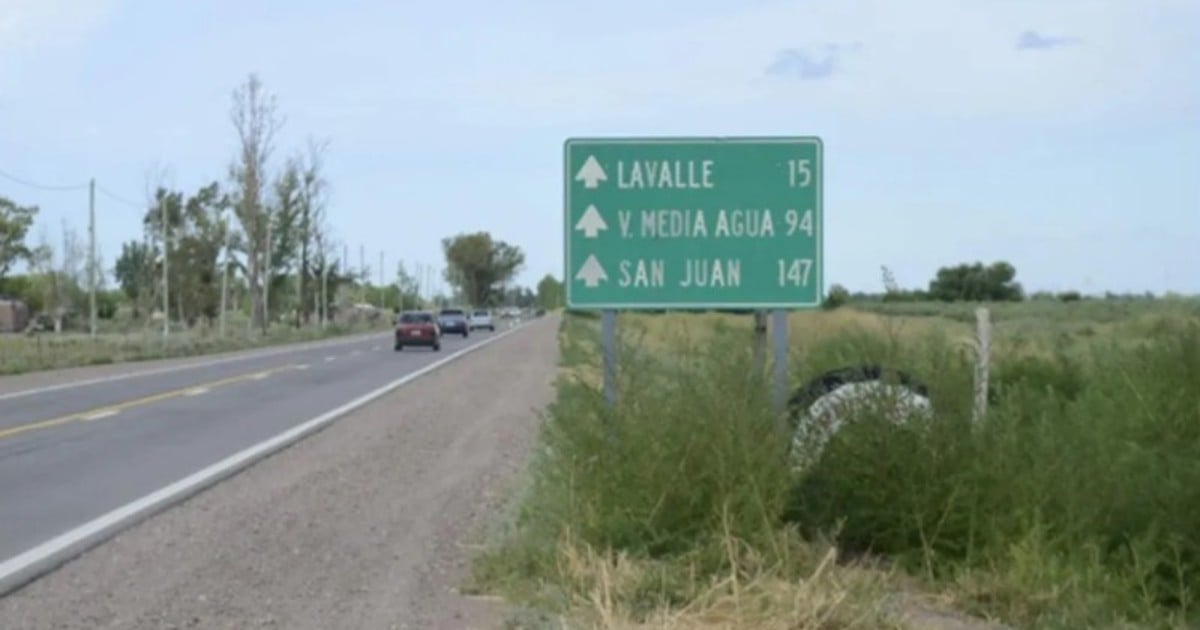 A family that was circulating during the early hours of this Saturday on Route 40 suffered a fatal accident when a cow ran into them on the way, they tried to avoid her and the car they were traveling in overturned. An 8-month-old baby she was thrown out of the car and died.

The incident occurred around 1 in the morning on National Route 40, at kilometer 3,353, in the town of Lavalle, about 126 kilometers from the capital of Mendoza.

From the first tests it emerged that the Chevrolet Spin car, driven by Ceferino Romero (34), who had left from the province of San Juan, was crossed by a cow so the driver he must have made a maneuver to try to evade her.

As a consequence of the abrupt movement Romero lost control of the vehicle and after a few meters he overturned and was left with all four wheels up on the pavement.

A call to the 911 emergency line alerted the authorities to the accident, and they sent a police cell phone to organize the traffic and an ambulance from the Coordinated Emergency Service (SEC).

Once in the place, they verified the presence of the vehicle on the route, helped its occupants and found the body of the baby who was fired because of the accident.

The rest of the occupants, Janet Martin (29), and Genaro Romero (4), they were left with various injuries and were transferred to a hospital in the area, while the driver, who was with minor injuries, the breathalyzer test that gave negative and it was at the disposal of the justice, under the investigation of the Fiscal Office 7, of Lavalle.

At the beginning of 2020, an animal on the road of Route 2 unleashed a tragedy: two people died when the car in which they were traveling crashed -after ram a dog on the highway– against a truck traveling on the other hand.

The tragic episode took place on January 24, after 10:30 p.m. and at kilometer 149, when the driver of a Peugeot, who was driving towards the coast, rammed a dog that had gotten into the highway, lost control and crossed lane, crashing head-on into a refrigerated truck.

“The driver hit a dog, in the swerve he crossed the lane and collided with a truck,” said Pamela Ferreyra, Secretary of Security for Lezama, the city closest to the scene, in statements to Radio Continental.