An Atlético with little brilliance in the Copa América: Correa is saved … 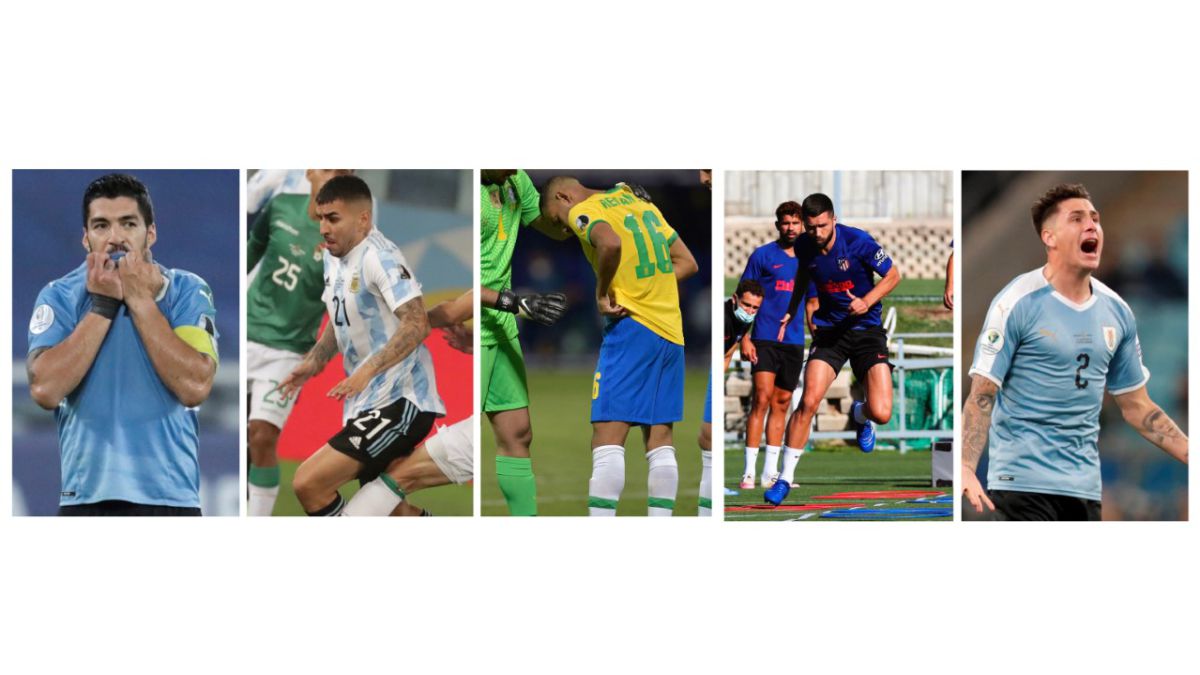 Atlético became this summer the LaLiga team that yielded the most internationals to their national teams, with a total of 13 divided between the Eurocup and the Copa América (in addition to the Gold Cup that Herrera will play with Mexico). With Torreira who is no longer part, from today, of the rojiblanca discipline (although there is De Paul, in the absence of the announcement of his signing), if in the Eurocup his brilliance is scarce (only Koke does it although, yes, with a lot of brilliance: he is one of Luis Enrique’s essentials, with a performance that lives up to his name and the rojiblanco league title, exalted), in the Copa América he does not go much further. At the moment Atlético is represented by five footballers and, except for Correa who stood out in his last game, and Giménez, who goes from less to more, the rest are making a rather discreet participation. Up to now. Tomorrow the quarters begin to be disputed.

Uruguay will play the quarterfinals against Colombia tomorrow (19:00). Suárez will return to the title with Cavani. He has received criticism for his performance so far because he has only scored one goal, against Chile. And with worrying data, far from his performance with Atlético throughout the season, with a shot and a half per game and only 27 touches of the ball.. “I have to stay away from criticism and praise,” he argued at a press conference. The Gunman always has his leg loaded.

He has played 100% of the minutes with his national team. He has worked on the sidelines with Godín in recent days for load sharing, after playing four games in ten days. He also received criticism after his game against Argentina, but he performed at a high level against Bolivia and especially against Paraguay. But, beyond that, the important thing for the Cholo footballer is that, after a season in which injuries have not allowed him the desired continuity, he has been able to complete 90 ‘of the four games played. Uruguay has only conceded two goals (against Argentina 0-1 and 1-1 against Bolivia). Today he could form with Araujo because Godín is touched.

He was the first Cholo player to be ‘attacked’ by the FIFA Virus. Injured before the start of the competition, in training, he had to say goodbye to the Copa América. Although a serious injury was initially feared, the tests ruled that it did not: he suffers a partial tear in the external lateral ligament of his right knee. It’s a small break. Atlético awaits him for the second phase of the preseason, which will begin after the match in Burgo de Osma.

If Felipe was injured before the start of the Copa América with Brazil, Lodi has done so during the course of it. The left-back is currently between cotton wool, after being replaced in the 49th minute by Brazil-Ecuador due to a strong blow to the side, after a collision with Valencia. Brazil faces Chile in the quarterfinals and Tite keeps them training outside the group. Until that moment, Lodi had played 38% of the minutes, participating in all the matches (against Venezuela, Peru, Colombia and Ecuador) but without completing any (the one who played the most was the 49 ‘of the match in which he was injured , Brazil-Ecuador).

He has played 27% of the minutes but it goes from less to more. He played against Chile (substitute) and against Uruguay either (not called up). He appeared against Paraguay for nine minutes, which were already 64 against Bolivia. His first game as a starter in this Copa América in which he got all the praise for his dribbles and threats and start the first goal of Argentina’s win.