An Argentine peso, a ‘Mini’ candy 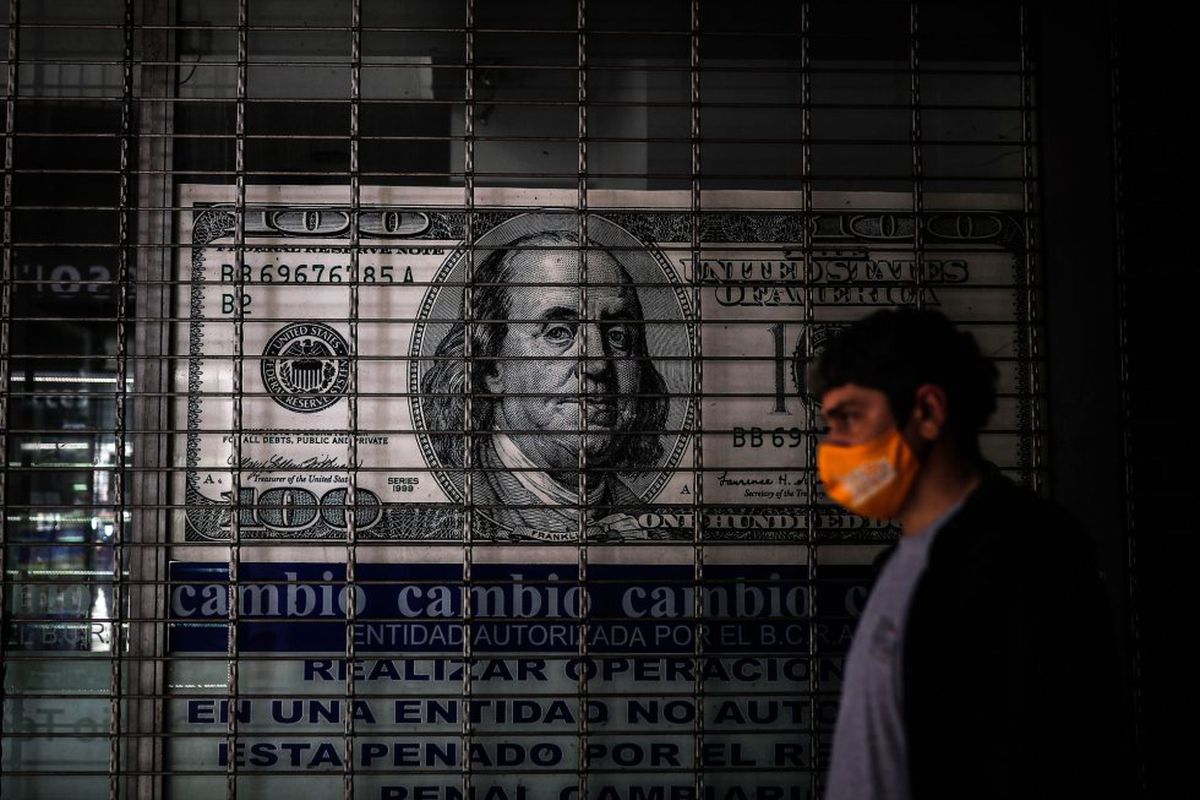 The food group Arcor, the oldest in Argentina, wraps his candies Mini with a phrase: “Ideal for the change”. It is already very common that instead of coins with almost no value or circulation, the consumer receives the change of his payment in bills and candies. One peso, the country’s currency, is worth less than a dollar cent or half a euro cent at the real exchange rate. Hardly anything. With inflation that rose 3.3% in May and accumulated 21.5% since January, the peso continues to devalue.

The Ministry of Economy and the central bank They make every possible effort to “iron” the dollar, that is, to contain its rise against the peso. The plan is to avoid further sharp devaluations of the Argentine currency at least until November, when the general elections are scheduled. From there, an unknown scenario opens up: the debt will finally have to be seriously negotiated with the International Monetary Fund, some type of budgetary adjustment will have to be applied and, most likely, the peso will have to be allowed to slide towards the umpteenth devaluation according to accumulated inflation.

Inflation has been a constant in the Argentine economy for decades. The continuous rise in prices corrodes the currency and the purchasing power of citizens, but it also prevents, thanks to the liquidation of peso debts, that the State falls into bankruptcy. The lack of international credit, despite the controversial restructuring of the debt agreed with private creditors, forces the Central Bank to print pesos incessantly to finance the budget deficit in the context of the pandemic. And the effort to keep the peso against the dollar under control has contributed to raising the debt of the public administrations to 341,000 million dollars. Both factors promote inflation.

The rise in prices is an undeniable reality. The Government, however, refuses to recognize it by creating banknotes of higher value. The highest unit of payment continues to be the thousand-peso bill, which, at the real exchange rate (the one obtained on the black market, outside the banking circuit) is equivalent to about 6.3 dollars or 5.2 euros. This gives an idea of ​​the amount of paper that the Argentine consumer is forced to handle if he wants to make cash payments.

May inflation would be alarming in almost any other country in the world. For Argentina, after a series of very strong increases (4.8% in March, 4.1% in April), the rise of 3.3% last month is almost good news, tempered by the fact that core inflation it remains fixed at around 3.5%. So far this year, prices have increased 21.5%. In the last twelve months, 48.8%. The forecast established in the budget for 2021, of 29%, no longer makes sense.

The Government is now pinning its anti-inflationary hopes on price control mechanisms, based on agreements with large companies (especially food companies) and on inspections of sales centers to detect “unjustified” increases. Exchange controls (the so-called “stocks”) are an additional instrument. The classic monetary recipe, that of raising interest rates, is completely ruled out, at least until after the elections, because it would have a recessive effect on an economy that is already in a critical situation.

At the moment, a peso is worth a candy Mini. At the current rate, a year from now it will be worth half a piece of candy.