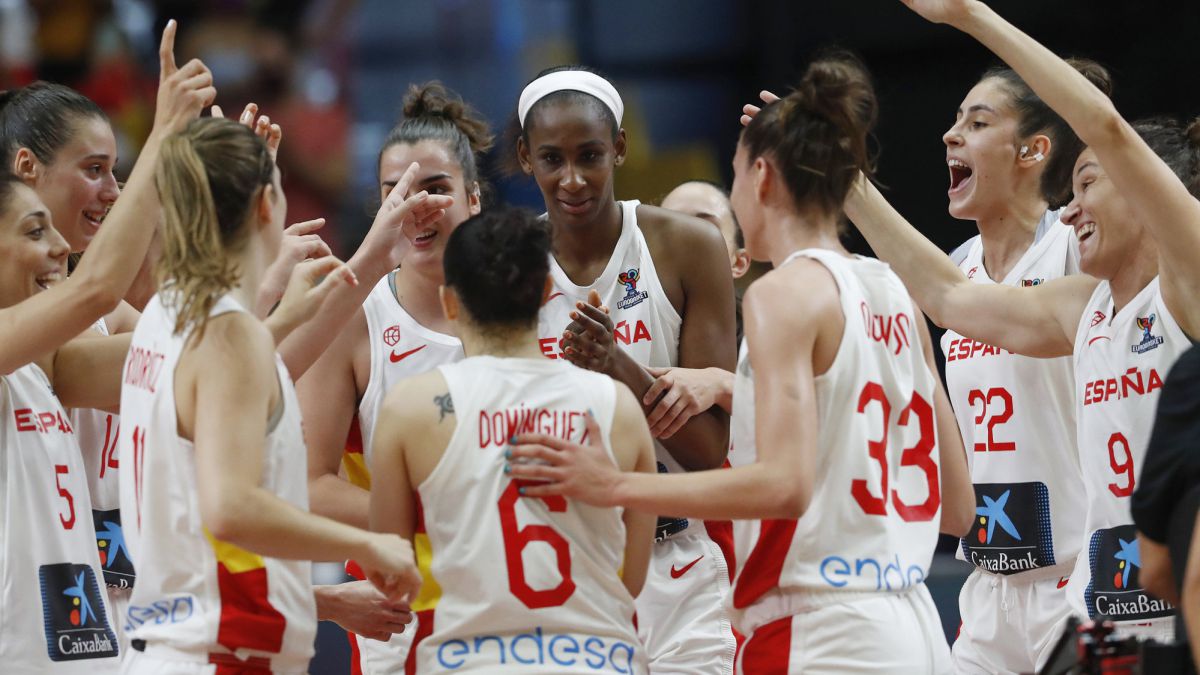 Spain-Serbia is a typical semi-final match, but in Valencia a step has come before. Both teams played a place in the final in the 2019 Belgrade Eurobasket, in the Rio Games and in the 2013 French European Championship. In all of them, the triumph was for the National Team. Spain faces “the party of fear”, as I usually describe Lucas Mondelo, before a Serbia that should be afraid, because she still does not know how a victory against the Spanish feels: they have met seven times and lost in all of them.

Montenegro became independent from Serbia in 2006. Ehe women’s basketball in the Balkans was not very buoyant at the time: their top, since the disintegration of Yugoslavia, which had been silver in the 1990 World Cup, was an 11th place in the 2007 European Championship. Neither World Cups nor Games for a team that flourished with the emergence of a generation that he claimed gold at the 2015 Eurobasket and Olympic bronze a year later in Rio.

Marina MaljkovicDaughter of the legendary Boza, she took over the reins of the team in 2012 and a year later she pushed Serbia into the European semi-finals. A milestone for a team that did not count for anyone, but two years later would rise to the top of the podium in Hungary. In that team there were already some of the players who will challenge Spain today: MVP Ana Dabovic, Sonja Petrovic (now Vasic), Jelena Milovanovic (Brooks by marriage), Dajana Butulija, Nevena Jovanovic and Sasa Cadjo. Maljkovic took a breather in 2017 and Serbia didn’t even get into the quarterfinal crossing. In 2019 he returned and his team won the European bronze.

Sonja Vasic, who will put an end to her sports career after the Tokyo Games, is the main reference (15.3 points) of a team that boasts of having very large shooters (Vasic itself and Cadjo have 66.7% in triples). Instead, Ana Dabovic, huge in Serbia’s previous successes, has stepped aside to make room for the nationalized Yvonne Anderson, base of Reyer Venecia (13.7 goals). Serbia is the second best attack of the Eurobasket (86 points by 74.5 of Spain), but his bench is somewhat shorter than the Spanish.

Outdoor shooting has always been one of the National Team’s pending accounts, but in this Eurobasket it has become one of its best weapons: It is the most outstanding in this aspect with a 42.9% correctness (30/70). The additions of Maite Cazorla and María Conde (5/9 for each) have been good for a Spain that is also moving the ball very well. With two bases on the court, most of the game is the one that distributes the most assists (23). An anticipated semi-final between the two teams with the most heart in this Eurobasket.

Flor de Huaraz: who is Junior Marcano, the alleged boyfriend of the singer accused of extortion by Magaly Medina