An American warning against using a “fatal heart pump” 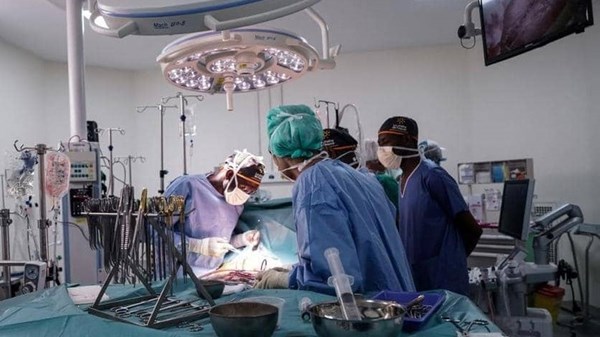 The US Food and Drug Administration has recommended that surgeons stop implanting a heart pump manufactured by Medtronic, due to a failure in its work that has recently been linked to heart attacks and more than 12 deaths.

Earlier Thursday, Medtronic had announced that it had stopped selling its device, which aims to stimulate blood circulation in patients with heart problems. The company’s data recently showed that the device may stop working without warning and fail to restart, according to the US Food and Drug Administration.

The company said it was unable to establish why this occurred in each case. Surgeons could use implants from other manufacturers, the authority asked doctors in a memo.

There are currently about four thousand patients around the world carrying a heart device from “Medtronic”, about half of them in the United States. For other patients, the agency said US doctors should contact the company for the latest guidelines for operating the device, which includes blood pressure control.

The authority also announced that Medtronic had halted sales of the pump after reviewing 100 reports of failure to start or stop working, resulting in the death of 14 patients and the removal of another 13 patients for the pump.

The company has previously recalled some of its heart devices and components after they were implanted. The company said that the devices should not automatically be removed from patients’ bodies, explaining that removing devices after implantation should be carefully considered against the potential risks of surgery.