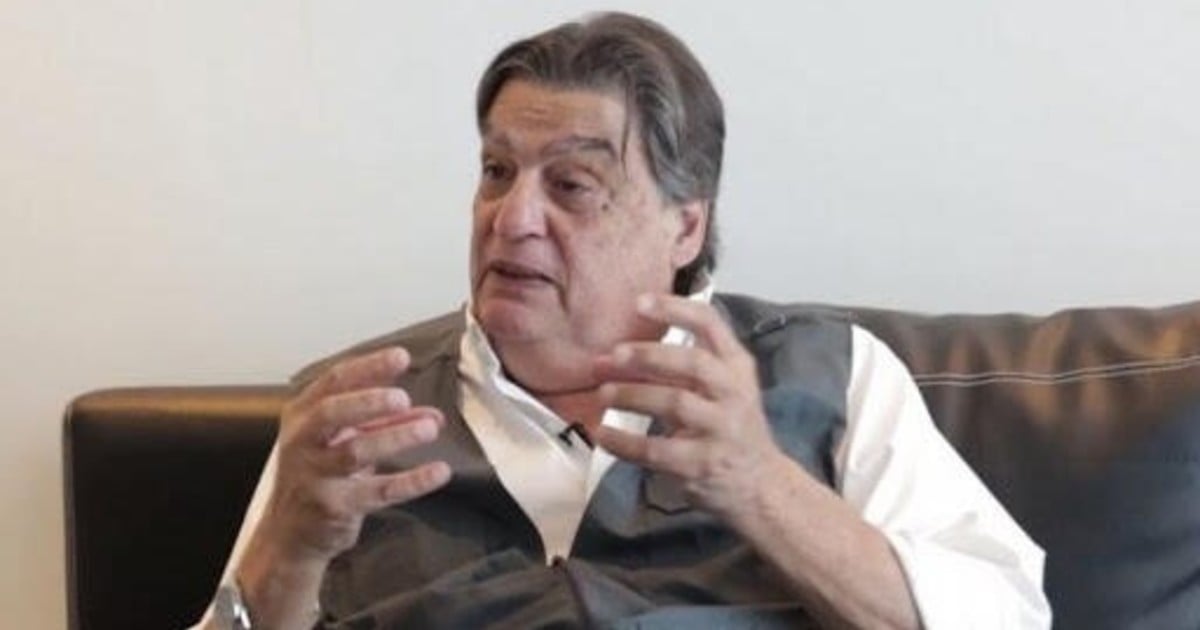 Jorge Rachid, doctor and advisor to the Government of Axel Kicillof in the province of Buenos Aires, published a controversial tweet at dawn this Wednesday in which he accused the opposition of being “provoking for a coup”. After the controversy and the repercussions that this message had, later he had to clarify his sayings.

“I say that they are provoking us and pushing us to the limit. I have been saying for a long time that these attacks weaken health policies,” he said in dialogue with Marcelo Longobardi, in Radio Miter.

In his Twitter profile, the professional introduces himself as a “neighborhood and work doctor”, a “Peronist militant” and a professor at the UNLZ Social Sciences “, among other things.

The controversy had broken out during the early hours of this Wednesday when Rachid published a message on social networks where he accused the opposition, without naming it, of try to destabilize the government at a very difficult time.

“They are provoking for a coup. Parliamentary. Judicial. Police rebellion. Chaos. Shortages. They were left with no way out. Electorally lost. They play all or nothing. US Embassy. Hegemonic media. Red circle. Support. That’s why they push the limits. They are measuring us, “he wrote.

They are provoking a coup d’etat

THEY RUN OUT
ELECTORALLY LOST
THEY PLAY ALL OR NOTHING

SUPPORT
THAT’S WHY THEY FORCE THE LIMITS

THEY ARE MEASURING US

Earlier, he had published a series of tweets, with more attacks on the opposition, following the line of provincial officials. “We only talk about classes, who is looking at the dead? Anyone seeing the intubated on respirators? Where are the free beds? Larreta, Bullrich, Macri criminals. We take care of life, they bet on death, “said one of them.

For all this, Kicillof’s adviser on health matters during the pandemic, came out to clarify the situation, although he deepened some concepts.

“I say that they are provoking us and pushing us to the limitsThey want to do what they did in other countries in the region such as Brazil, Bolivia. When an opposition becomes savage, brutal and irrational, that opposition is looking for issues that do not come to light unless they are put in a dark light as I am doing, “he remarked.

WE ONLY TALK ABOUT CLASSES

THE DEAD WHO SEES THEM?

THE INTUBATED IN RESPIRATORS ANYONE SEES THEM?

WHERE ARE THE FREE BEDS?

WE TAKE CARE OF LIFE

THEY BET ON DEATH

And he described as an “absolute aberration” the criticisms of the opposition to the vaccines, since “they said they were useless, that Sputnik V was second-rate” and now “all this leads to the political terrain of the presence of the schools, “he emphasized.

“What we are discussing is that presence puts 12/14 million people on the street, has a strong impact on transport, makes us drop protocols and that acts as a conviction that we have returned to normality in the middle of the vaccination campaign “he explained.

And he added: “While we are in a fight for life, we are arguing for 15 days. When we proposed the closure it’s because we have a forest on fire With Chile under a curfew, Bolivia without vaccines and luckily Misiones and Formosa closed the northern border, Brazil has a cemetery collapse, Uruguay suspended the presence and we believe that we are in a little house in the middle of the burned forest and we will not play”.

Rachid affirmed that “we must close the borders and international flights” because the virus “is coming” and assured that “the worst” has not yet been seen, even though there is already a very complex bed situation “both in the Province and in the City.”

Finally, and in keeping with the situation of beds in the Capital, he said that in the first and second cordon of the suburbs they are treating “patients from the City of Buenos Aires because there are no beds in the prepaid ones.” And he reiterated that “the worst” has not yet happened “because the Manaus variant is not yet prevalent, it will be in the first or second week of May.”