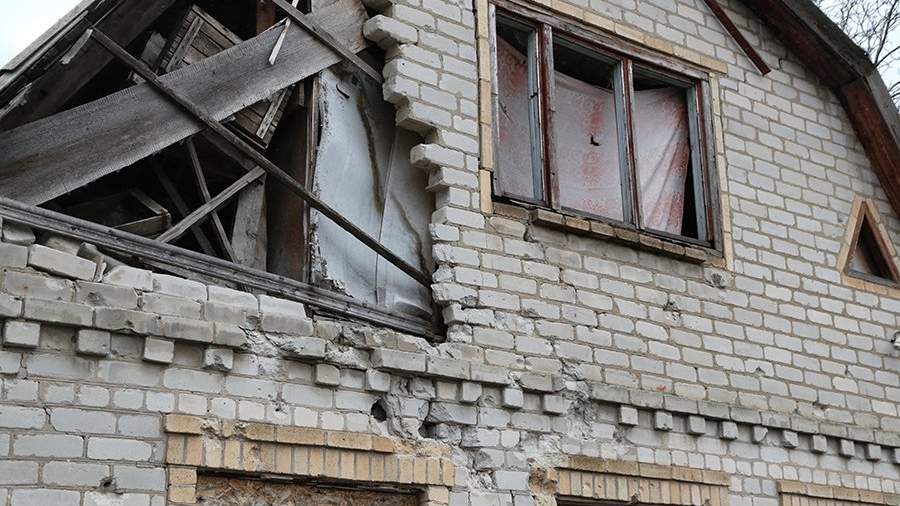 Two people, including one child, were injured during the shelling of Dokuchaevsk by Ukrainian security forces in the Donetsk People’s Republic. This was announced on Sunday, March 6, at the headquarters of the territorial defense of the DPR.

“The house and vehicles on the street were damaged. Svoboda and wounded 2 civilians, including a child, living on the street. Ostrovsky,” according to Telegram channel departments.

As a result of the night shelling, residential buildings on Teatralnaya and Pervomaiskaya streets, as well as power lines and the building of the distribution zone, located on Geological Street, were damaged. As a result, hundreds of residents of Dokuchaevsk were left without electricity.

Earlier that day, the DPR representative office at the Joint Center for Control and Coordination of the Ceasefire (JCCC) reported shelling of Donetsk, Dokuchaevsk and the village of Vesele.

As specified, over the past day, 15 civilians were wounded on the territory of the DPR, of which six people were from the territories liberated by the People’s Militia of the DPR.

On the same day, in the Luhansk People’s Republic (LPR), eight shellings by the Armed Forces of Ukraine were recorded per day. Four settlements were under fire. Two civilians were injured.

The evacuation of the civilian population continues in the republics. According to Mikhail Mizintsev, head of the National Defense Control Center of the Russian Federation, more than 142,000 people, including almost 40,000 children, have been evacuated to Russia since the start of the operation to defend Donbass. These figures are as of March 3rd.

The situation in Donbass escalated on February 17. In the Donetsk and Lugansk People’s Republics (DPR and LPR), heavy shelling by Ukrainian security forces, including from heavy weapons, was reported. The republics announced a general mobilization, the evacuation of civilians to the territory of Russia, and also asked to recognize their independence. On February 21, Russian President Vladimir Putin signed decrees recognizing their sovereignty.

On February 24, the Russian leader announced a special operation to protect the civilian population of Donbass. Then the press secretary of the President of the Russian Federation Dmitry Peskov clarified that the special operation had two goals – the demilitarization and denazification of Ukraine. He pointed out that both of these aspects pose a threat to the Russian state and people.

See also  A few minutes after Clásico won, Pique throws a message into the world: 'We are back'

On March 6, it became known that Kyiv was working on the modernization and creation of new missile weapons that could be used as a means of delivering nuclear weapons. In addition, the United States could transfer plutonium to Ukraine to create nuclear weapons. Sources said that Kyiv began work on nuclear weapons technologies in 1994. Since 2014, on the tacit order of Petro Poroshenko, who then served as president, they have taken on a practical character. Developments were carried out in several major scientific centers of the country.

The woman heard the screams of her dog Tilly and immediately rushed to him: "When I saw the scene, I took a watering can and hit him in the back"