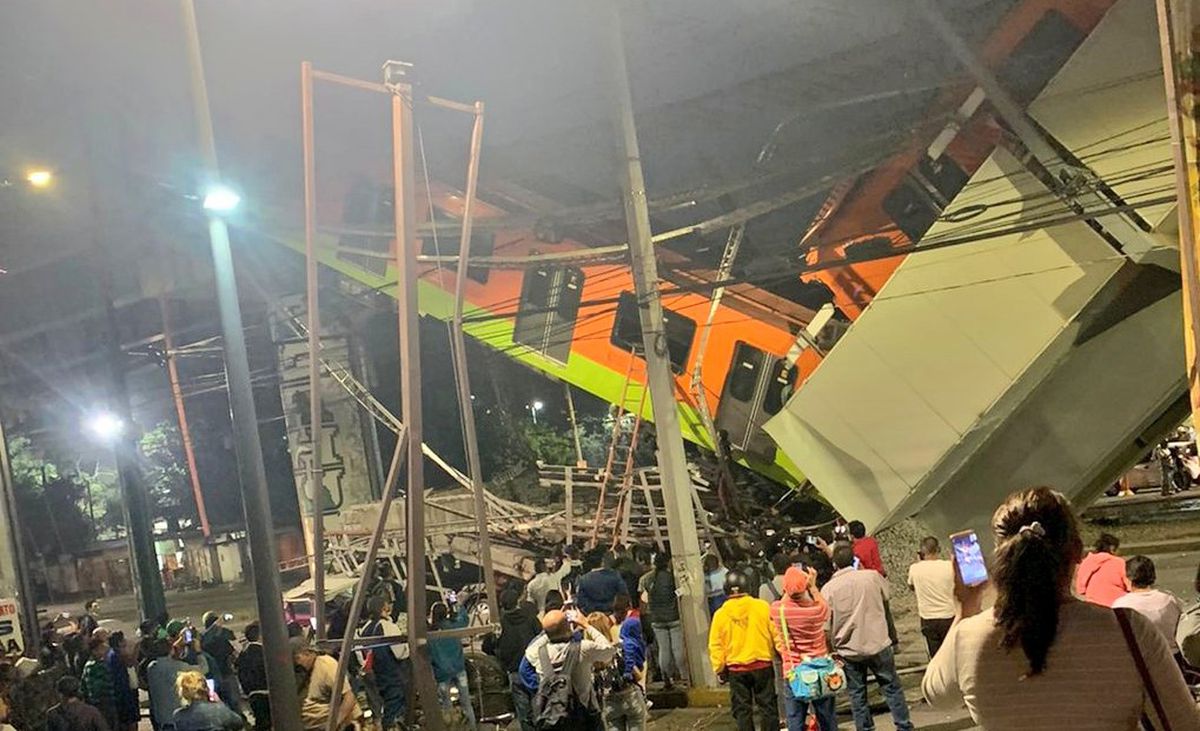 A subway car on Mexico City’s line 12 fell this Monday night between the Olivos and Tezonco stations after the collapse of a bridge. At the moment, the authorities of the capital have confirmed at least 50 wounded. The head of Government, Claudia Sheinbaum, goes to the scene of the incident, while the passengers locked in the convoy are being rescued by the firefighters. The general hospitals of Tláhuac and Iztapalapa have been enabled to receive patients. More than 5.5 million people use the subway every day to go home and to work.

The structure has collapsed on the vehicles that were circulating on Tláhuac Avenue, one of the main arteries in the southeast of the city, as it passed through the bridge, according to images released by social networks. The security cameras of the Command, Control, Computing, Communications and Citizen Contact Center of Mexico City, the so-called C5, have captured the moment of the collapse of the structure. Teams from the emergency services and Civil Protection personnel are on site to attend to the injured and coordinate actions. After the accident, the line has suspended its service and the authorities have urged the population to avoid the area.

The residents of this area had alerted the authorities that the earthquake of September 19, 2017 had affected the structure of the metro, which in this section of Tláhuac Avenue circulated through a bridge outside. The most visible cracks shook the residents of these popular neighborhoods of the capital and the authorities, collapsed by a city with dozens of collapsed buildings, ended up recognizing the structural risks of construction. They detected damage to the heart of the bridge, located on the Nopalera-Olivos section, where the train has collapsed, “weakening its integral operation.” At that time, six metro stations were closed: Tezonco, Olivos Nopalera, Zapotitlán, Tlaltenco and Tláhuac.

Metro line 12, inaugurated in October 2012, was for many months a source of pride for the Mexican left, which boasted a historic investment of 1.8 billion dollars and daily service to almost half a million people who before that date could not quickly cross an area southeast of the capital. However, already in 2014, it had to suspend the service in 11 of the 20 stations that comprise it due to “oscillations detected on the tracks” that could cause a derailment.

America licenses the Pfizer vaccine for children and teens

After a meeting with the Government, they lift the collective strike and there will be night service in the AMBA

Here’s where to expect more PS5 stock this week