AMLO will meet with Javier Corral on June 28 in CdMx 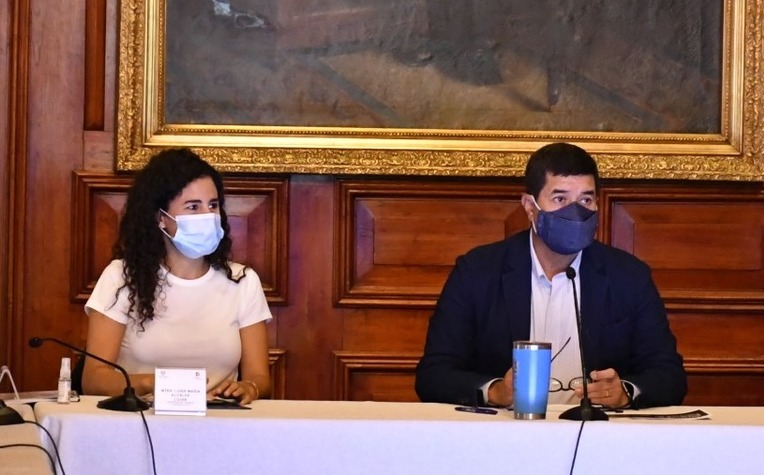 The governor of Chihuahua, Javier Corral Jurado, informed that he will meet with the president Andrés Manuel López Obrador, on June 28 to deal with some pending issues, among which stands out a support for one billion pesos for the payment of suppliers and debtors.

Shortly before receiving at the Government Palace the Secretary of Labor and Social Welfare (STPS), Luisa María Alcalde Luján, to lead the meeting “Progress and challenges in the implementation of the labor justice system” in Chihuahua, the president added that he will also meet with other federal secretaries in Mexico City.

In addition to specifying the date of his meeting with the president, Corral said that the estimated support will be addressed in one billion pesos that were pending since last year, when an amount of up to two billion pesos was expected.

Corral Jurado pointed out that Chihuahua was excluded from that support for the 2020 fiscal closeTherefore, the financial management of the administration has been complicated to face existing commitments, especially the payment to suppliers and debtors.

“We have done extraordinary efforts to relocate resources to pay in installments to some of our suppliers, however, there are still more than one billion pesos pending at the end of last year, although in reality two thousand were expected. “

“What they have traditionally supported us, the most that they have supported us in a closing year, has been like 950 million pesos. Last year we believed that (we would receive) at least one billion, because that was the same expectation that they gave us, “he said.

After highlighting that during the meeting with López Obrador, how much can be recovered from that support will be assessed, the governor indicated that there are several commitments that will be sought to be settled and several issues that will have to be guaranteed before the end of the mandate.

Added that meet with various secretaries on his tour of Mexico City, such as the Treasury and Public Credit, Rogelio Ramírez De la O, and the Secretary of Security and Citizen Protection, Rosa Icela Rodriguez, among others to be confirmed.

In this context, Corral Jurado stressed to the head of the STPS that Chihuahua has made important progress in the implementation of the new Labor Justice System, which has generated a reconciliation between 85 and 90 percent of the cases and a reduction from 100 to 15 days in the delay for holding the first hearings.

During the meeting “Progress and challenges in the implementation of the labor justice system”, which was attended by representatives of the union and business sector, the president said that, in 2018, his government published the Law on Labor Conciliation Centers and plans and programs were generated immediately for the conclusion of the matters that were arrears in local conciliation and arbitration boards.

At the event that was held in the Red Room of the Government Palace, the Mayor Secretary Luján explained that this new model is one of the priorities of the Mexican government and, above all, a commitment of the Mexican State to commercial partners in the framework of the Mexico-United States-Canada Treaty (T-MEC).

After highlighting the importance of guaranteeing labor justice with the creation of the Conciliation Centers, Corral said that this was not the case with the old system of local and federal conciliation and arbitration boards, where very slow trials were presented, which took up to 20 years to resolve, he stressed.