Amid rumors and interns, Together for Change goes out to support unity in the Province of Buenos Aires 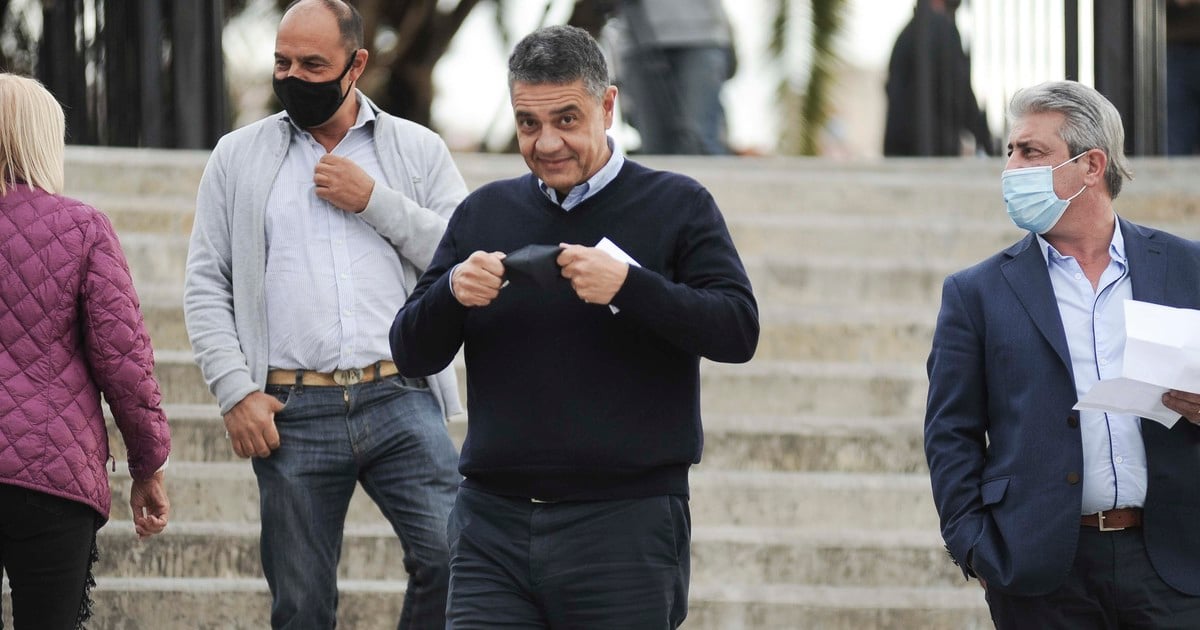 The Together for Change table Buenos Aires province issued a statement to try to lower the tension that the opposition coalition is going through with the creation of lists for the September PASO. And with one goal: to mark unity.

“The Board of Together for Change in the province of Buenos Aires has been working on its expansion and consolidation to put a brake on Kirchnerism and constitute the main political alternative for Buenos Aires “, the text begins.

It bears the signature of Maximiliano Abad, for the Radical Civic Union, Joaquín De La Torre, for the Peronism that feeds on the macrismo, Andrés De Leo, from the Civic Coalition, and Jorge Macri, for the PRO.

He continues: “With that unalterable objective and ratifying the commitment to Buenos Aires, the parties and spaces that make up JxC we are going to outline the best framework for programmatic agreements and electoral for our Province and for Buenos Aires “.

“We continue working to sustain and strengthen unity in the province of Buenos Aires, which we achieved as of 2015, at the same time that we sowed the seed of hope for millions of Buenos Aires, “the statement concludes.

The opposition panorama in lands governed by Axel Kicillof is boiling. Names, candidacies and rumors coexist.

There will disembark Elisa Carrió, creator of the CC and original founder of the army that led Mauricio Macri to the presidency. He wants to be head of the list for deputies, from the moderate side.

On the side of the Pro, Macri himself – Jorge, Vicente López’s mayor – has electoral expectations, as does Diego Santilli, who would cross from the City to compete.

While the radicals seduce a not entirely launched neurosurgeon Facundo Manes, the Peronists have Emilio Monzó, who is already posting posters that are going viral.

The signature of De la Torre, a Peronist who joined the space at the hands of María Eugenia Vidal, lowers the rumors about his possible slamming the door towards the centrist hosts that Florencio Randazzo is building in the Buenos Aires territory.

Earlier this Thursday, the governor of Jujuy, Gerardo Morales, insisted that the UCR will define internal candidacies and said that Together for Change is “a telenovela of the PRO”.

.“That I love you, that I don’t love you. It seems to me that they are having a debate that in those terms removes content to a political proposal and it becomes empty. I believe that the contribution that we can make from the radicalism is to give it content within a government plan and a project, “complained the provincial president in a talk with CNN Radio.

As reported Clarion, Mauricio Macri and Horacio Rodríguez Larreta are not only discussing who should be the candidates for national deputies in the City and Province of Buenos Aires: underneath this divergence is also the perception of their own futures as political leaders and of the conformation and the profile that Together for Change should have in the years to come.

In that sense, Macri himself, himself a representative of the hard wing of his space, gave an almost campaign speech, with the excuse of presenting his book from Mendoza.