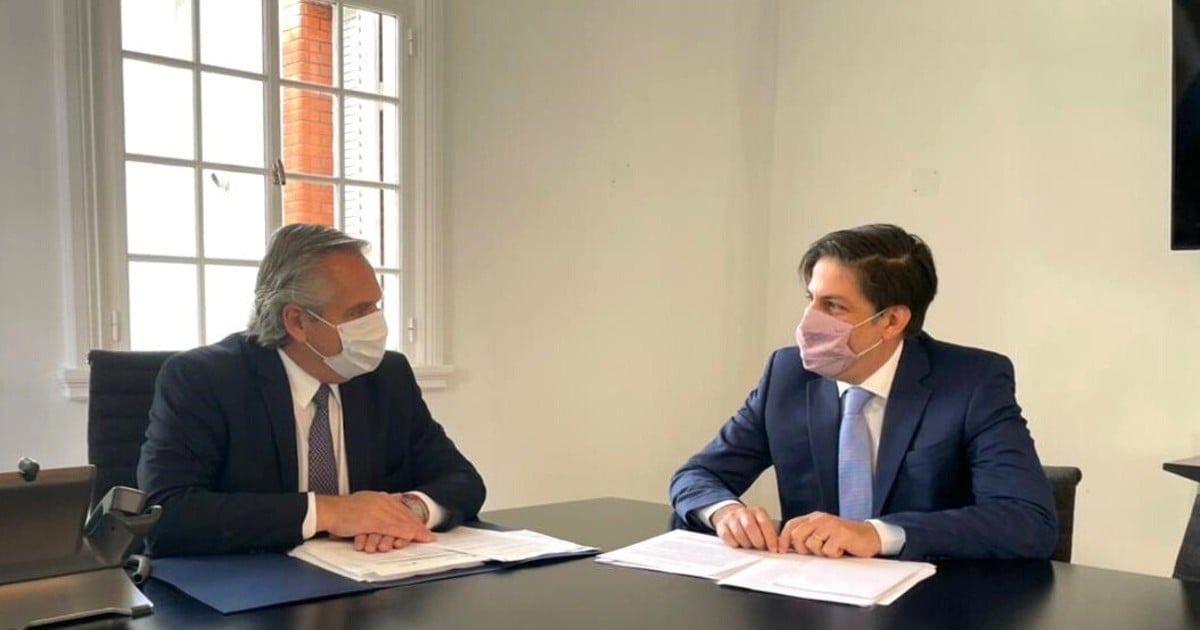 Nicolas Trotta silence was called last Wednesday, when the President decreed the suspension of face-to-face classes in the Metropolitan Area of ​​Buenos Aires through a decree of necessity and urgency. After all, just a few hours before, the Minister of Education had starred in a media raid stating over and over again that the Casa Rosada’s decision was that schools would be the last to close in the face of the second wave of coronavirus infections.

But with the passing of the days, the low profile that an official who is usually a regular spokesman for his closeness to Alberto Fernández -was coordinator of the technical teams of the 2019 campaign- he increased the rumors that he could leave his position. Now, in the middle of versions -some, by the way, crazy- the Government proposed to give him a sign of support twice: Orchestrated a meeting with the President and, at the same time, gave the green light for him to choose the replacement of Adriana Puiggrós, who stepped down as deputy minister last August after challenging him in a fierce internment.

It was after an agreement that, as confirmed by official sources, was woven over the weekend between the head of state and the minister over the weekend, that this Wednesday they met in Olivos “to analyze the situation of careful presence throughout the Argentine territory. “” They had spoken several times, it is a lie that they were fought “, they are trying to assure in the Government.

The name that Trotta agreed with Fernández for the Ministry of Education, his virtual number 2, is that of Marisa Diaz, who worked in the area as general secretary of the Federal Council of Education and “is of his absolute confidence,” they admitted close to the minister.

The Minister of Education, Nicolás Trotta, with Marisa Díaz, whom he chose as his vice president.

Díaz, a professor in Educational Sciences, was Minister of Education in La Rioja and held different academic and university positions at the national level. In the current administration, he had been coordinating the work with the provinces.

As he could know Clarion, the appointment of Díaz has already entered the electronic file and will be formalized in the coming days. Officials who will report to her have already been notified. The movement is not minor since in the last hours several names have resounded to succeed Trotta: from that of Florence Saintout, former dean of the Faculty of Journalism at the University of La Plata, the favorite of Kirchnerism, even the name of Puiggrós.

In the Government they also weighed Jaime Perczyk, Secretary of University Policies, close to mayors and with good access to tougher sectors of Kirchnerism.

“It is a gesture from Alberto that clears any rumors“, they assured in the Cabinet about the meeting with Trotta and the appointment of Díaz. In fact, it was the minister himself who unleashed the speculations: since Fernández’s rudeness, he did not make public statements and his agenda was not officially communicated, as is usually the case. make every day Presidency together with the activity of each ministry.

This was also noticed by the unions, which in full bid with the City of Buenos Aires played hard in favor of the Government and, consequently, took the opportunity to hit the minister.

“Minister Trotta does not appear anywhere. He has not expressed anything about the situation we are experiencing either“, said the general secretary of Ademys, Mariana Scayola, in dialogue with El Uncover.

After the photo with Alberto, Trotta prepares his public return. He has not yet defined whether he will do it with an interview or during a management activity, but it will be this Thursday at the latest. In any case, will follow in the footsteps of his peer Carla Vizzotti (Health) and he will say that he raised his position not to close the schools – Alberto himself admitted it – but that he supported the President’s decision because, in addition to being the highest authority, he is the one who has the complete panorama of the political and health situation.

Anyway, in the meeting this Wednesday, Alberto F. winked at Trotta when the alternative “intermediate” project was approached between face-to-face and total virtuality that the minister had presented last week to the Federal Council of Education. It is an idea that the Government sees as the key to leaving behind the confrontation with the City. It could begin to apply from April 30 at the AMBA.

Decision in the Bundestag: The emergency brake is finally coming