Somehow this Thursday evening is symbolic. Instead of the incumbent and his challenger meeting in a debate, exchanging arguments and, yes, arguing, they talk at the same time – in separate places. Donald Trump in Miami / Florida and Joe Biden in Philadelphia / Pennsylvania. The common conversation, the argumentative exchange with someone who thinks differently politically – it has become difficult in the United States of America.

However, after the first TV debate between the two presidential candidates had degenerated into a screaming competition a good two weeks ago, because Trump kept interrupting Biden and talking over him, there was little hope in this regard anyway. With the President’s Covid 19 illness a few days later, it was clear that the continuation would not take place this Thursday.

Trump rejected the proposal of the commission responsible for the debates to hold the TV duel virtually, although hardly any viewers are allowed in a normal format in Corona times. He insisted on a postponement, which was not given in. The next real and final debate is not due until next Thursday in Nashville / Tennessee.

Voting will take place in less than three weeks

Biden’s team then arranged a town hall on ABC News for the Democrats, where citizens could ask questions – which Trump had to counter with a counter-event on NBC at the same time. The result will be that most voters will look at their candidate and once again just take note of what they say.

For those who are still undecided less than three weeks before the election, on the other hand, it is a challenge to zap back and forth between two TV channels – the commercial breaks, which did not exist at the first debate, are extremely helpful for once.

If you manage to switch between the channels on the fly, you will experience two worlds: here the president, who is interested in show effects and also riot, whose statements are checked immediately for their truthfulness, as always. There the polite, serious challenger, who replies long, gets tangled now and then, but has a calming influence on many viewers.

On Twitter, commenters on record say their blood pressure drops as soon as they switch to Biden. The last half an hour belongs to this one anyway: Trump’s Town Hall ends after just 60 minutes.

Trump claims to know nothing about the QAnon conspiracy theorists

The main thing that will be remembered of Trump’s statements is that he once again fails to distance himself from a dangerous group that is supposed to get him votes. When asked belligerent NBC presenter Savannah Guthrie why he was forwarding tweets from QAnon’s conspiracy theorists who the FBI has classified as terrorists, he said: He’s forwarding a lot.

Then he claims to know nothing about the movement other than that it is “against pedophilia”. But he knows a lot about the Antifa “and these people on the left who are burning down our cities”. Guthrie asks, “You don’t know her? You are the president! You’re not someone’s crazy uncle who can just retweet something! “

What is important to know about QAnon is that only after a public outcry, Trump’s Vice President Mike Pence canceled a planned donation dinner that was supposed to be hosted by supporters of the movement. And that several supporters who are declared Trump fans are running for the Republicans’ ticket for the US Congress, some with a chance of success.

Among other things, QAnon spreads the claim that the US is ruled by a criminal and satanist organization, which is said to include former presidents Bill Clinton and Barack Obama, billionaire George Soros and various Hollywood stars. Many QAnon messages are anti-Semitic and right-wing extremist in character. It is also spread that the coronavirus is a conspiracy to subdue people through the use of vaccinations and 5G cell phone technology.

Biden says he wants to “heal” the country

So while the president allegedly can’t remember hearing anything bad about one of the world’s fastest growing and most dangerous movements, according to experts, Joe Biden says on the other station sentences like: “A president’s words have meaning.” That he “Heal” the country and bring the people back together, but not want to deepen the division of the country. The contrast could hardly be greater.

They also show major differences in what is probably the most important topic: dealing with the corona pandemic. The president, who was treated in hospital for three days just two weeks ago because of his infection, has long been touring the country again.

Contrary to the regulations in some states, he organizes rallies with sometimes thousands of visitors, where very few wear a mask and no one keeps their distance. Why too, the President said again on Thursday: “We are about to get over the mountain.” He does not want to hear that the number of infections is increasing in almost all states and that the number of patients treated in hospital is increasing again.

Biden says the incumbent has learned nothing from his own coronavirus infection. More than 210,000 people in the USA have already died as a result of this infection. “And what is he doing? Nothing! ”Trump continues to wear no masks.

The president indirectly confirms the reports on his mountain of debt

That evening it is also revealing what Trump replied to the question to whom he actually owed the 421 million dollars recently reported by the “New York Times” – a fact that he has always denied. These debts are “a tiny percentage of my net worth,” he says, indirectly confirming that I actually have debts. His adventurous justification for this is: With part of it he wanted to do “institutions that wanted to lend me money” a favor. When asked whether he also has obligations with foreign organizations, he says: “Not that I know of.” And adds: He doesn’t owe any “dark people” any money.

Meanwhile, Biden talks about whether he would order a compulsory vaccination if he was found president and a vaccine (he would like to, but he can not, but only convince state governors or mayors). And about what he would do about police violence or fracking. There is even one issue of foreign policy, an issue that seldom plays a major role in American election campaigns.

Boredom – is that a disadvantage?

Biden answers matter-of-factly, deliberately, calmly – and for some it may be boring. But since boredom has become a foreign word in the Trump era, that doesn’t have to be a disadvantage. Unlike the TV duel a week ago, viewers at least have the opportunity to listen to him undisturbed.

When asked what it would say about America if he who is consistently ahead in the polls but loses to Trump on November 3rd, Biden says surprisingly frankly: “It could mean that I was a weak candidate.” He adds that he hopes not, he adds, that it means the United States be as divided as the president seems to want.

The Trump campaign, of course, immediately uses Biden’s quote about yourself as a possibly weak candidate. The Biden supporters, on the other hand, emphasize that an election campaigner just wants to be honest. It remains to be seen what the undecided think about it – and whether they even watched this long-distance duel.

Dussehra 2020: Don’t be confused about the date of Dussehra, know the right date here

These are the top 5 smartphone deals on Flipkart and Amazon, know who is getting the benefit deal 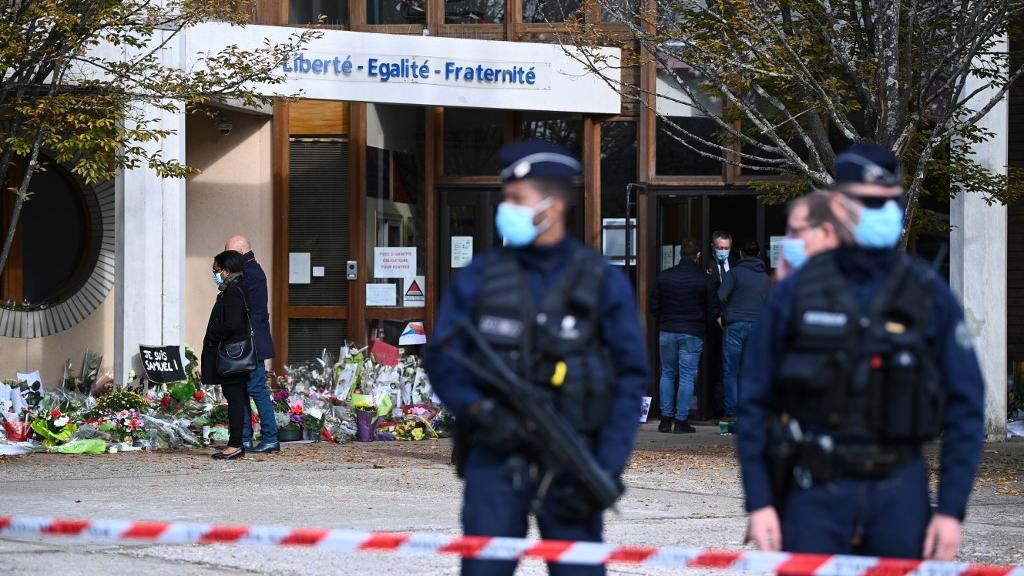 These are the top 5 smartphone deals on Flipkart and Amazon, know who is getting the benefit deal

Seniors and Covid-19: The virus is returning to the elderly