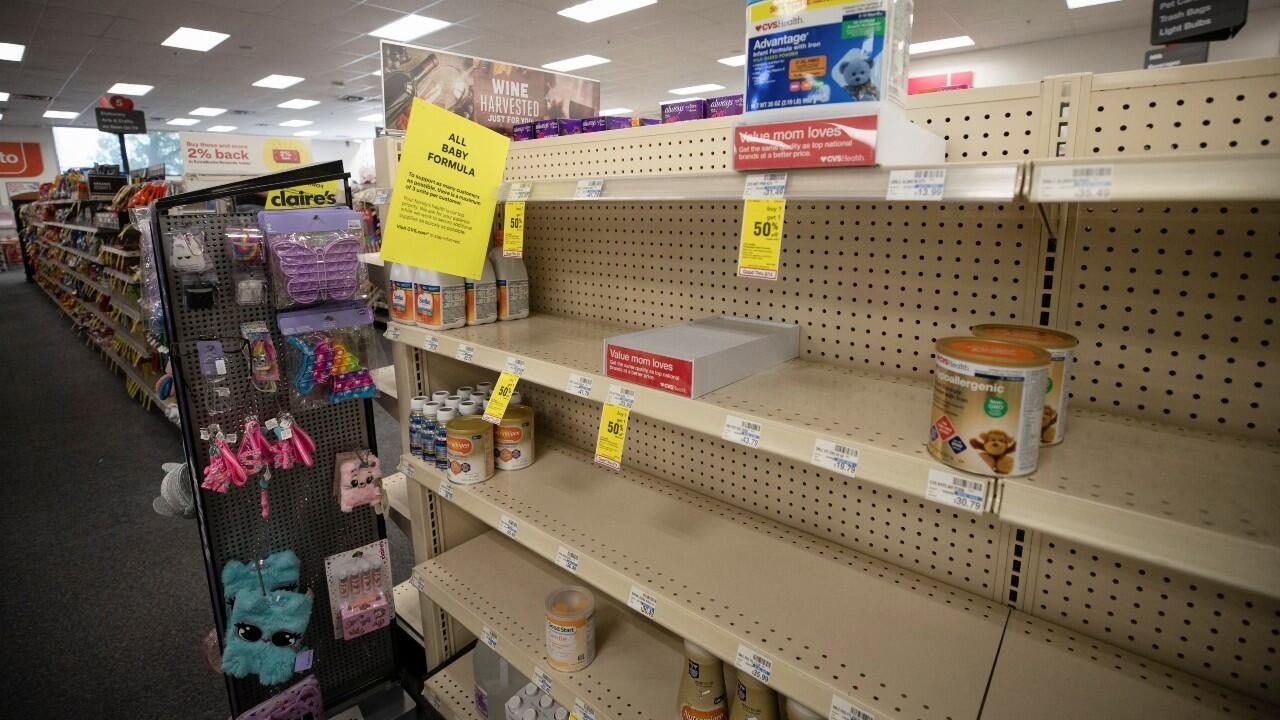 During the last weeks, the little presence of baby formulas, a substitute for breast milk for infants under 12 months, begins to impact the US population. The White House announced that it is looking for alternatives to supply the market in the midst of a crisis that has its origins in various factors.

According to ‘The Washington Post’, which cites sources from the Centers for Disease Control and Prevention (CDC), one in four parents in the United States offers breast milk to their babies up to six months of age. Which leaves a large percentage of that population dependent, in part, on baby formula.

But, for the past few months, parents, guardians and caregivers have been dealing with declining supplies of these products in stores, a situation that has worsened in recent weeks.

On this, Ben Reich, executive director of the data firm Datasembly, indicated that About 40% of baby formula products were sold out in the United States last month and during the first week of May stocks were 43% lower than normal.

Additionally, the American publication ‘The Atlantic’ points out that in many states, including Texas and Tennessee, more than half of the formulas were sold out in stores, forcing some retailers to limit purchases of this type of product, increasing despair parental.

See also  Where does Germany stand in the pandemic?

The situation, which began as a “curious inconvenience” and has become a national crisis, has knocked on the door of the White House, which has already announced that it is looking for a plan, without many details, to supply the market with formulas. for children, an unprecedented event in the United States.

“That’s something we’ve certainly been tracking. Ensuring that infant formula is safe and available to families across the country is a top White House priority,” presidential spokeswoman Karine Jean told reporters. -Pierre.

On a political level, the situation has been used by some Republicans to confront US President Joe Biden and expose possible failures to increase production in the country.

Why are there problems finding baby formula in the US?

The causes of this situation are diverse and range from US regulatory policies, through problems arising from the pandemic and its complication due to the crisis in the supply chain, to the withdrawal of part of the production due to the presence of a bacterium. .

Regarding US regulatory policies, it must be said that the Food and Drug Administration (FDA) is very strict in its policy for the control of infant formulas, to the point that many products made in Europe, under European Medicines Agency (EMA) regulations, they may be illegal in the United States.

On the other hand, the Covid-19 pandemic forced many parents to accumulate quantities of the product in their homes due to the fear that confinement would cause its absence.

“During the spring of 2020, formula sales skyrocketed as people stockpiled the product just like they stockpiled toilet paper,” Lyman Stone, director of research at consultancy Demographic Intelligence, told The Atlantic.

But this situation meant that in 2021 the production of baby formulas was reduced due to low demand, since parents continued to consume the stock from home.

A post by Stone himself noted that in early 2022 demand skyrocketed as a result of increased births and a “decrease in breastfeeding rates.”

Additionally, the problems in the supply chain, derived from the pandemic and that affect a large part of the world, also intervened in the crisis that thousands of American parents are suffering today.

On the other hand, the situation had its aggravation in February 2022, when the manufacturing company Abbott announced the withdrawal of part of its production after the death of four children from bacterial infections, presumably through one of its formulas, a fact which is being investigated by the health authorities.

See also  Cream of spinach in the microwave, quick and easy recipe to make at home

On this, Abbott announced that in the next few days it will resume production, with the approval of the FDA, and that the product could be on the market between six or eight weeks.

What are parents doing to alleviate the situation?

In the midst of despair, since it involves feeding their children and that in many cases they require this type of food for medical reasons, some parents have had to travel several kilometers to find formulas, according to US media such as ‘The New York Times’ .

The publication also mentions that other parents have chosen to reduce the dose of the product in order to extend its duration.

Many have developed homemade formulas, prompting warnings from US regulators and specialists.

“Homemade formula is dangerous for babies. The regular formula is monitored by the FDA and has very high standards, the same way we treat medications. Doing it at home is much riskier,” Dr. Katie Lockwood, an attending physician at Children’s Hospital of Philadelphia Primary Care, told the Times.

With Reuters, EFE and US media

Russian attack Ukraine's former tennis star returned to defend his country: "It is impossible to describe the hatred that began to be felt against the Russian army"