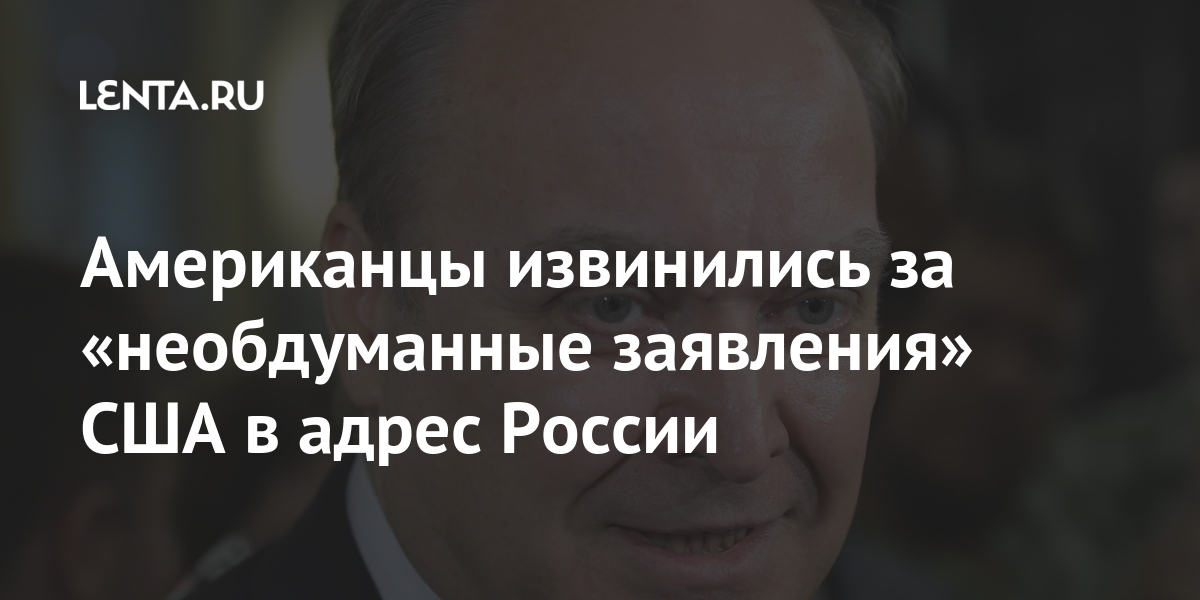 The Americans sent letters to the Russian embassy, ​​in which they apologized for the “rash statements” of the United States to Russia. This was stated by the Ambassador of Russia Anatoly Antonov, his words are quoted on the page of the embassy in Facebook…

Antonov expressed “deepest gratitude” to the US citizens who sent letters in support of the development of friendly relations between the countries.

“Many expressed disagreement and apologized for the rash statements made recently from Washington to the Russian Federation. I am deeply touched by the caring and active position of ordinary Americans, who understand that dialogue between states should be based on mutual respect and equality, ”the text says.

The ambassador stressed that this approach of American citizens speaks of the remaining potential for “normalizing ties between the Russian and American peoples.” In conclusion, Antonov expressed the hope that the administration will listen to the “voice of voters” and stop the course of “further collapse of the already excessively confrontational relations.”

On March 18, Russian President Vladimir Putin invited Biden to talk live. The Russian head of state said he was ready to discuss the topics of the coronavirus pandemic and regional conflicts. Biden initially ignored the journalists’ question about whether he agreed to a conversation with the Russian president. A day later, he replied that he was sure that at some point the dialogue would take place.

On March 17, Biden said in an interview with ABC News that he wants to hold the Russian state accountable for alleged interference in the US elections. He spoke about a conversation with Russian leader Vladimir Putin and added that he would pay if he was found guilty. In the same conversation, Biden made a critical statement about the Russian president.

The Cartagena Agreements in color

Equality HS obtained the Ministry’s controversial proposal: An employee who suspects discrimination should see the salaries of his colleagues

FAZ Frühdenker: How does Ema assess the Astra-Zeneca vaccine?