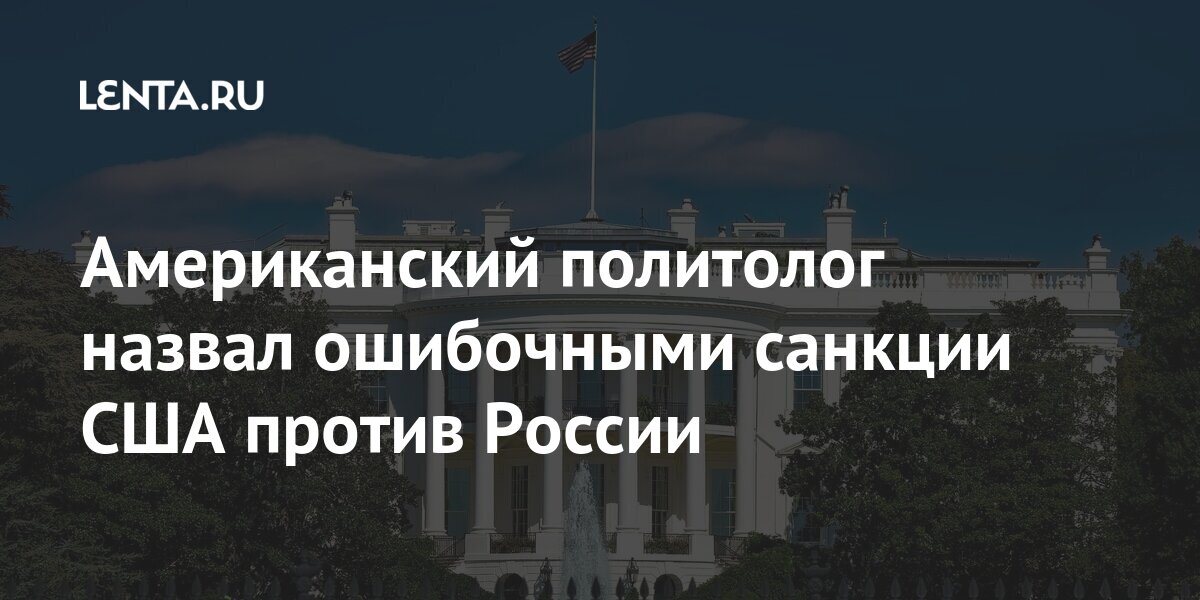 The United States had to assess the real state of affairs before the imposition of sanctions against Russia, professor at Georgetown University in Qatar, Anatol Lieven, said in an article on the Responsible Statecraft portal. He called the restrictions themselves erroneous.

“The obsession with mortal threats from Russia is a Cold War ‘zombie’ who should have been buried after its end. Biden said that he is imposing sanctions for three reasons – and they are all wrong, ”the political scientist said. According to Lieven, US President Joe Biden should stop believing that other countries can be subordinated to American interests with the help of sanctions.

The examiner assessed three key points identified as the motive for the introduction of restrictions. First, there is the SolarWinds software hack story. According to the professor, this is not an attack, but cyber espionage, like the one that Washington carried out against other countries. The expert recalled that the United States did not in any way condemn Israel for cyber sabotage against Iran.

Lieven also touched upon the issue of attempts to interfere in the US elections attributed to Russia. He stressed that Washington, for its part, openly supports the Russian opposition. The specialist concluded that the Biden administration should have thought about these topics before imposing sanctions. He expressed the hope that this will happen before Washington takes this “dangerous path.”

Earlier on April 15, US President Joe Biden introduced a new package of sanctions against Russia. They affected more than 30 individuals and legal entities. The grounds in Washington called the allegedly hostile actions of Russia in cyberspace, interference in elections and the affairs of foreign states. Press Secretary of the Russian President Dmitry Peskov said that the introduction of new restrictions by the United States would not correspond to Biden’s words about the need to build stable relations.

HS Tuusula A family of five bought a large house and was shocked - after the move, more serious problems began to be revealed.

Nicolás Kreplak: ‘We continue at a level of cases that is unsustainable for the Health system’

Italians and Germans: Fragile friendship put to the test