American couple who pointed guns at BLM protesters plead guilty: ‘I would do it again’ | Abroad 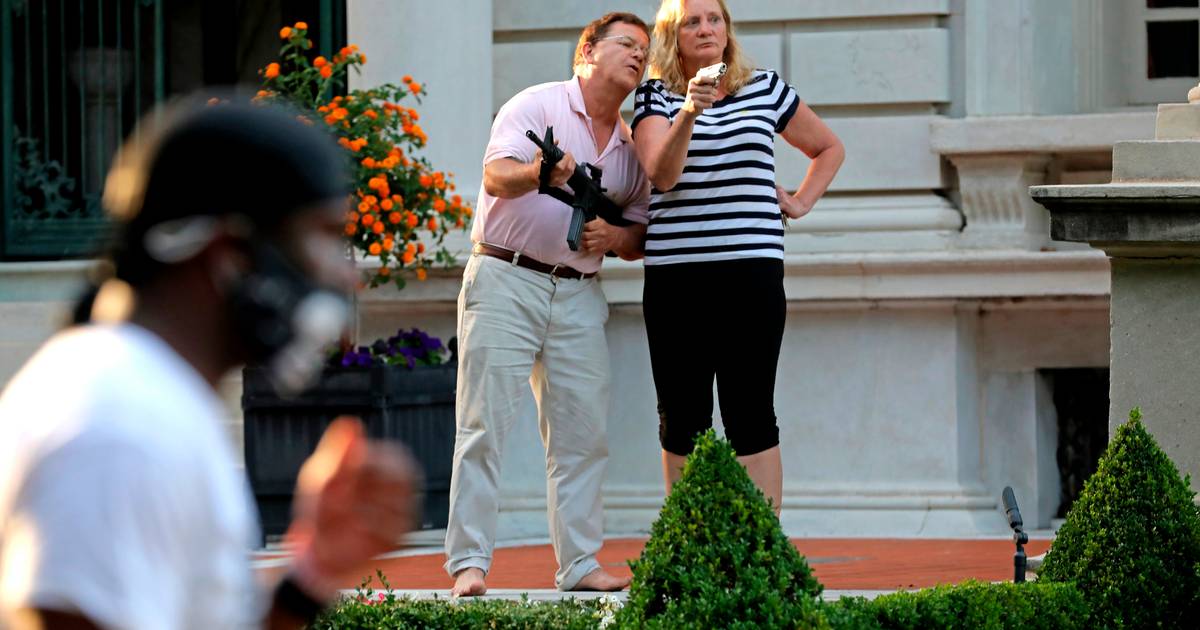 Patricia McCloskey was fined 2000 dollars (about 1679 euros), her husband Mark one of 750 dollars (about 629 euros). They also agreed to surrender their semi-automatic firearm (he) and handgun (she). According to prosecutor Kim Gardner, the two risked a violent situation when they pointed their firearms at the protesters outside their home on June 28 and warned them to continue.

The couple claimed that the protesters were trespassing and feared for their safety. In the police report, the couple stated that the demonstrators had broken their iron gate with signs that read ‘No entry’ and ‘Private property’ and were protesting in front of the house. The protesters denied that. They said the gate was already open.

“It is illegal to brandish weapons in a threatening manner. This kind of behavior is unacceptable in St. Louis,” Gardner said. “We must protect the right to protest peacefully. Any attempt to hinder this through intimidation will not be tolerated.” The charges were punishable by up to four years in prison.

The McCloskeys, both attorneys, wore blue blazers and spoke calmly while answering questions from Judge David Mason at Thursday’s hearing. Mason asked Mark McCloskey if he acknowledged that his actions put people at risk of personal injury. He replied, “I certainly did, Your Honor.”

Mark McCloskey, who announced in May that he was running for a US Senate seat in Missouri, was less lenient after the hearing. “I’d do it again in a heartbeat,” he said from the steps of the downtown St. Louis courthouse. “Any time a mob approaches me, I will do what I can to put the participants in an imminent threat of bodily harm, as that kept them from destroying my home and my family.”

Video footage of the incident went viral. Protesters were on their way to the home of St. Louis Mayor Lyda Krewson to press for her resignation when the couple came to a standstill. It said it felt threatened by the demonstrators and wanted to protect itself and their expensive villa. Their attorney, Joel Schwartz, called the charges “discouraging.” “I am convinced that no crime was committed.”