American Ambassador to Moscow will return to his homeland 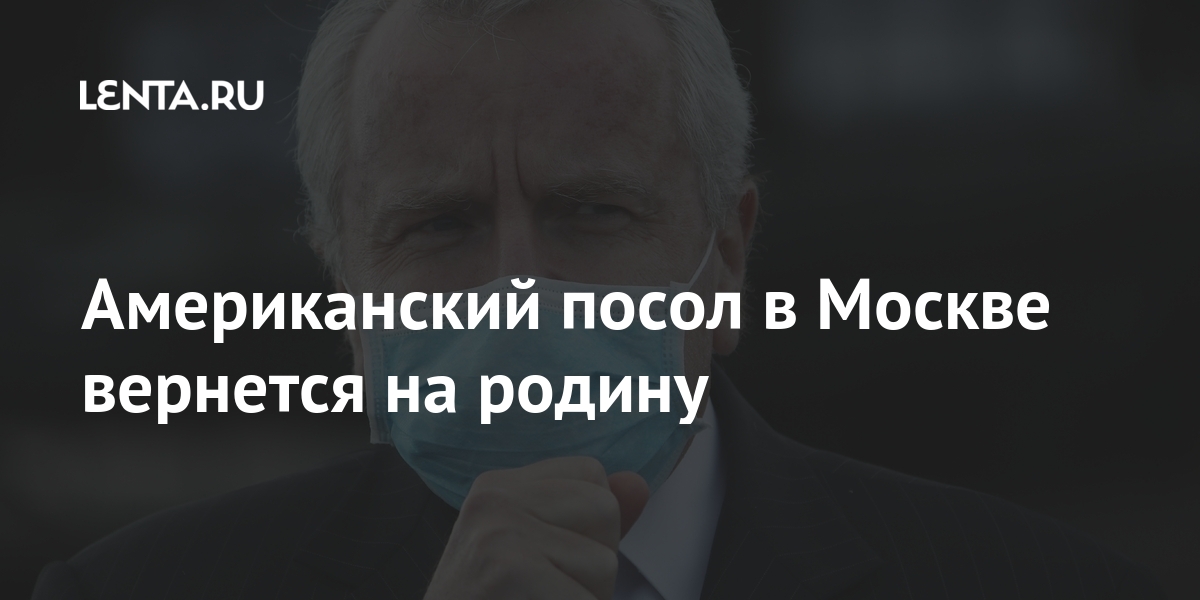 US Ambassador to Moscow John Sullivan will return to his homeland in the United States this week for consultations, Axios reported, citing a spokesman for the US State Department.

According to the publication, Sullivan will return to the United States to visit his family and meet with members of the new administration, with whom he has not had the opportunity to consult since he agreed to continue serving in his post indefinitely. “He will return to Moscow in the coming weeks,” the source said.

Earlier it was reported that Sullivan refused to leave Russia, despite the recommendation to travel to Washington for consultations. According to Axios, he adheres to the position that the Russian side must “force him to leave” if he wants him to leave Moscow.

On April 16, Russian Foreign Minister Sergei Lavrov announced that the Kremlin had advised US Ambassador to Moscow John Sullivan to go home for consultations on current relations between the two countries. According to the minister, such a recommendation to the diplomat was given by the presidential aide Yuri Ushakov.

On April 15, Sullivan was summoned to the Russian Foreign Ministry due to new anti-Russian restrictions. The ministry told him about a series of retaliatory measures from Moscow. The ambassador himself said that his visit to the department took place at the request of the American side. He described the meeting as “professional and respectful.”