America will witness an additional 100,000 deaths due to “Corona” 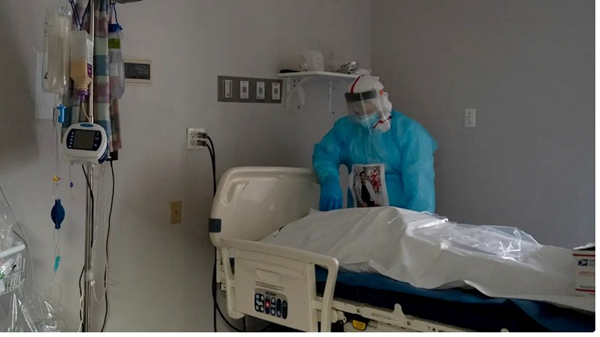 It is expected that the United States will record nearly 100,000 additional deaths due to Corona by the first of next December, and this information comes “from the results of the most watched prediction model in the United States.”

But health experts say the number of deaths could be halved if nearly everyone wore a face mask in public.

Some behavioral changes may already flatten the curve in a few places in the American South, where the coronavirus broke out this summer.

Analysis shows the rate of new cases is slowing in Mississippi, Florida, Louisiana and Arkansas.

The average death rate is currently 1,100 deaths per day in the United States, which is the same rates recorded in mid-March.

It is estimated that an additional 98,000 Americans will die by the beginning of December, bringing the total number of deaths due to corona in the United States to about 730,000 people.