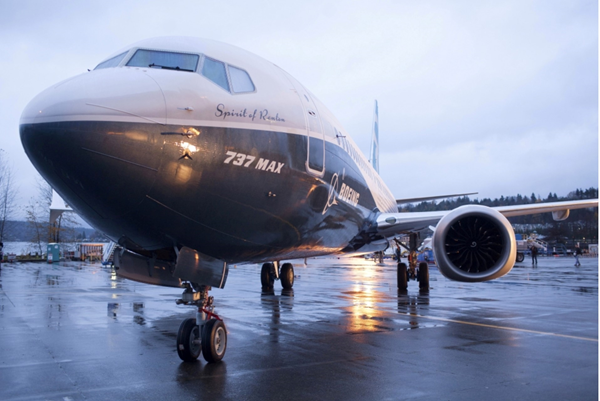 The US Department of Transportation has requested a review of the control and inspection procedures that led to allowing the operation of Boeing 737 Max planes after nearly two years of decommissioning.
The aviation authorities in the United States and the world stopped operating the Boeing 737 Max planes in March 2019 after two crashes of this type in Indonesia and Ethiopia in less than five months, killing 346 people.
The main cause of the two accidents was considered a malfunction in the computer program that controls the plane, as it was directed by mistake towards the ground, away from the will of the pilot.
Eric J. Soskin, Inspector General of the US Department of Transportation, in a statement issued yesterday evening, Tuesday, that “At the request of the former Secretary of Transportation and members of Congress, our office has carried out a series of reviews of Aviation Administration certificates.
Federal Aircraft Boeing 737 MAX 8 and its safety oversight. “
He added, “In our third review, we will examine the Federal Aviation Administration’s procedures after the two incidents, including the administration’s assessment of risks, decommissioning and re-permitting the aircraft in November 2020. Our goal is to assess
Federal Aviation Administration operations and procedures for aircraft decommissioning and corrective action, including for Boeing 737 MAX aircraft.
Last February, the US Department of Transportation issued a report calling for improvements to the Federal Aviation Administration’s procedures for examining, reviewing and licensing new aircraft.

Racism and football: the 20 most notorious cases in Spain