America: Half of the adults received a dose of Corona vaccines 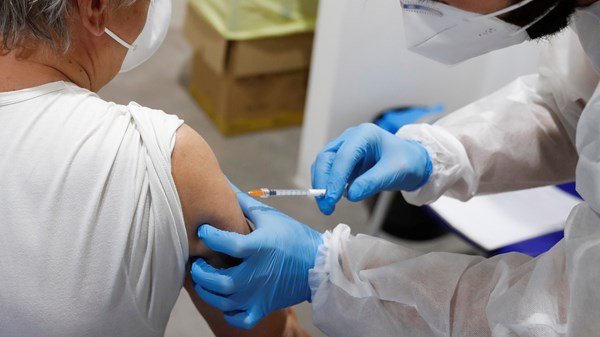 More than half of adults in the United States have received at least one of the two doses of the Coronavirus vaccine, up to a day
Sunday.

Figures from the Centers for Disease Control and Prevention in the United States showed that since the country began the vaccination campaign four months ago, 50.4% of adults – about 130 million people – have received at least one dose.

Nearly a third of adults were fully vaccinated. Among the most at risk group 65 years of age or older, 81% received a single dose, and nearly two-thirds received the two doses.

The White House stated that, on average, more than 3 million doses of vaccines are being provided per day.
In all, nearly 210 million doses have been administered in the country of 330 million people.
A nurse received the country’s first dose in New York on December 14, 2020.

The United States largely uses the moderna and Pfizer vaccines, and the use of the Johnson & Johnson vaccine was recently suspended after six cases of venous thrombosis were recorded in the country.

Worrying surveys for Laschet: CDU chief often not even in second place in the K question