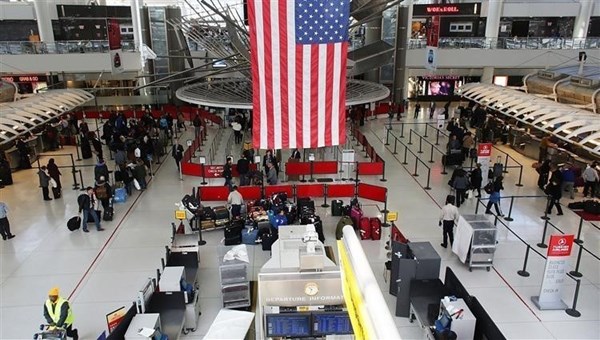 The US Centers for Disease Control and Prevention confirmed that it has eased travel recommendations to 61 countries.

And the US centers reduced the classification from the “fourth level”, which was urging not to travel, to allow the travel of individuals who have received a full vaccination.

The new rankings, which have not been previously announced and published by a rankings website on Monday, lowered 61 countries to the “third tier”, including France, South Africa, Canada, Mexico, Russia, Spain and Italy.

Other countries to which the centers have reduced travel recommendations to “level three” include Jordan, Libya, Honduras, Indonesia, Panama, Poland, Denmark and Malaysia.

The centers reported that the change comes after reviewing its criteria for health travel notifications, noting that it had revised its classification of the United States to “Level III” from “Level IV.”

The CDC stated that the new Tier 4 criteria for “avoiding travel” have changed from 100 cases per 100,000 people to 500 cases per 100,000, and explained that many countries have lower ratings “because of changing standards or because the outbreak is better controlled.” “.

A US State Department official said it is reviewing travel advisories to reflect changes to the Centers for Disease Control and Prevention.

On May 24, the US State Department urged not to travel to Japan, attributing it to a new wave of coronavirus cases before the Tokyo Olympics, scheduled to start on July 23.