Amber Alert: They are looking for three missing minors in Guanajuato 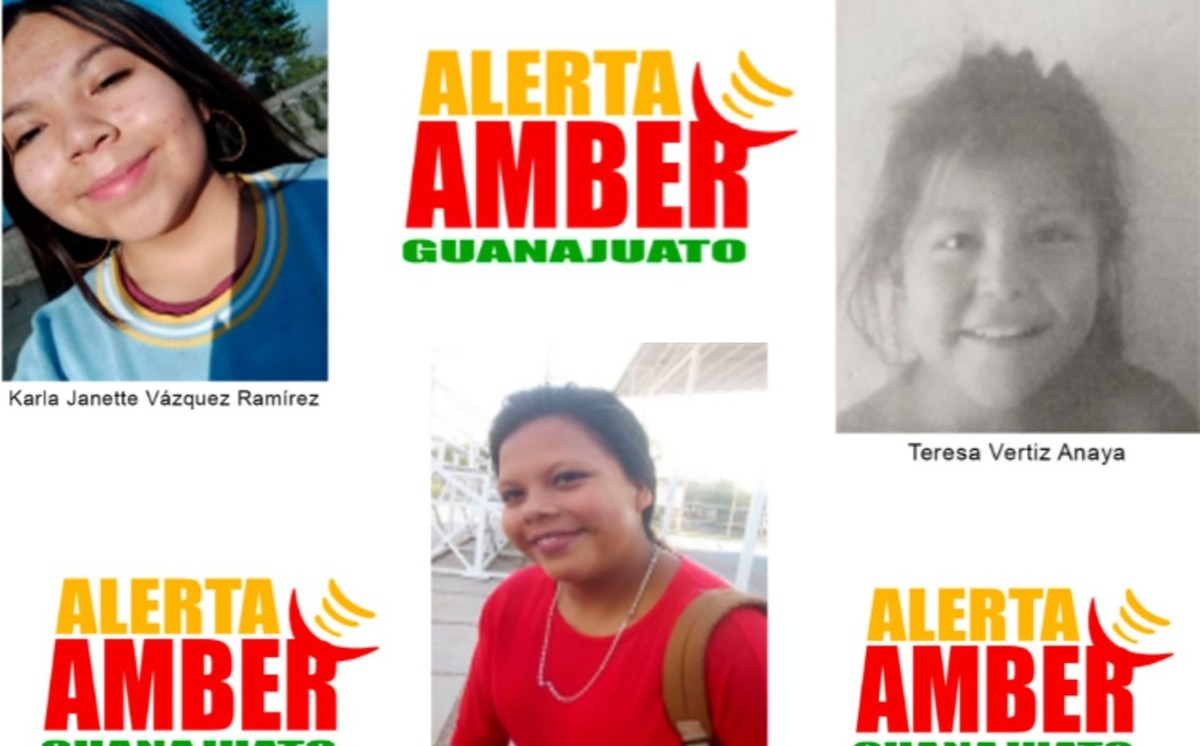 The Amber Alert It was activated in the state after the disappearance of three minors, of whom it is feared for their integrity or that they are victims of a crime.

Teresa Vertiz Anaya, just five years old, was last seen in Comonfort on February 1 when she left home in the company of her father, her whereabouts have since been unknown. His hair is straight and black; his eyes, oval and dark brown in color; It is one meter tall and weighs 12 kilograms.

Karla Janette Vazquez Ramirez He is 14 years old and is originally from Celaya, he has not returned home since he was seen leaving on June 16 of this year wearing a white shirt, shorts of the same color, green socks and black tennis shoes. His hair is straight and dark brown; his eyes, round and dark brown; His height is 1.50 m and he weighs 57 kg.

Carmen Cruz Reyes, Fifteen-year-old from Celaya, she has not been seen since June 17 of this year when she wore a jacket with a cream-colored hat, leggings and gray and black tennis shoes and a purple backpack with coffee. He has light brown hair, oval eyes and light brown in color. His height is 1.56 meters and his weight 60 kg.

If you have information that can help locate them, please contact the State Attorney General to the numbers: 800 DNUNCIA (368-62-42) and 911.