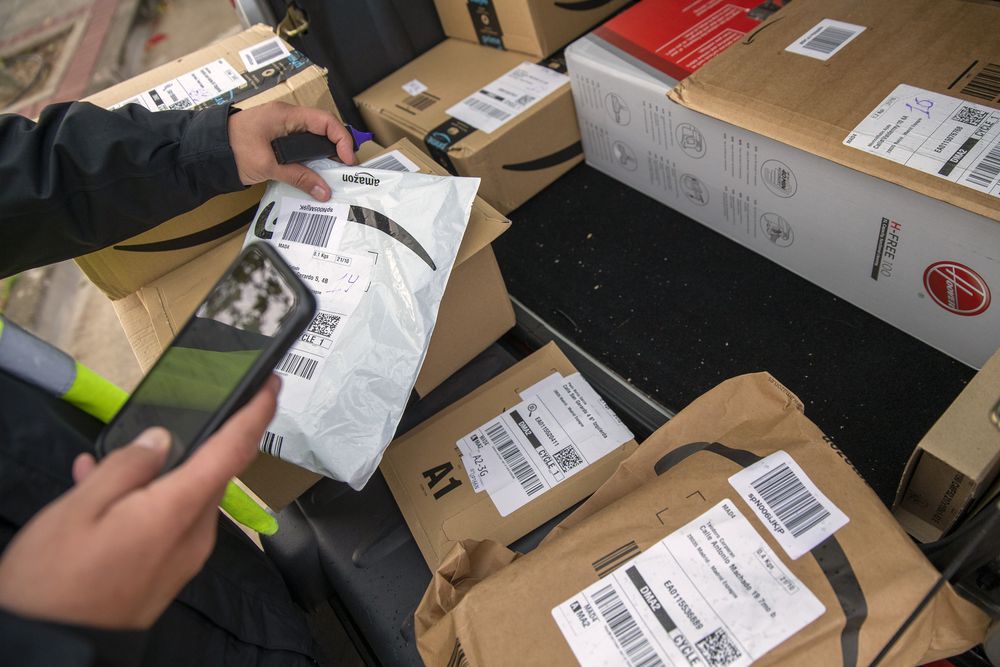 Amazon Spain is going to transfer to the companies that sell through its platform the 3% tax that will be levied on the income from digital services of large technology companies (Google rate). The e-commerce company has communicated to external sellers by email that as of April 1 it will increase the commission it charges them for brokerage by 3%, in response to the entry into force of the tax on January 16.

According to the mail that the retailers have received, advanced by The confidential and to which EL PAÍS has had access, “as of April 1 we will increase referral rates by 3% for products sold in Spain to reflect that additional tax.” It refers to the Tax on Certain Digital Services (IDSD) introduced by the Spanish Government and which came into effect on January 16.

The referral fee is the commission that Amazon takes from each product that a retailer sells through its platform, which is usually around 15%. As Amazon exemplifies Spanish sellers, including 9,000 SMEs, if a product sells for 100 euros with a reference fee of 15%, Amazon takes 15 euros from the sale. With the increase, the rate will become 15.45% and Amazon will take 15.45 euros from that sale. The date is set to April 1 to allow time for the government to complete secondary legislation on the rate.

Amazon has two ways to sell. On the one hand, like any other retailer, it has its own inventory, buys items and puts them up for sale, taking the difference. On the other hand, it gives entry to its platform to other retailers, so that they expose their products on Amazon, which is called a marketplace. Amazon is a great search glue, and being on its storefront can boost a seller’s sales. In exchange for that presence and other services, such as logistics or other digital services, Amazon charges a commission, the referral fee. This “intermediation” is what is affected by the rise, while the company’s retail activity is not affected.

Will that rise end up being passed on to end customers? Well, in some cases yes, and in others no. “The little ones will not be able to transfer that rise, we will have to swallow it,” a vendor told EL PAÍS on condition of anonymity. He explained that Amazon penalizes the positioning of sellers who raise prices. “90% of sales are made between the options that appear on the first search page. If you raise prices, you lose positioning and you lose sales ”, he summarizes. The case is different for large brands that users search directly. “They will be able to move it,” says this seller.

Amazon has been against the Google rate approved by the Spanish Government and that other Governments have already established or plan to do so. Amazon has called for a “global solution” on this and other fees to the new digital economy within the framework of the Organization for Economic Cooperation and Development (OECD) “so that the rules are consistent in all countries and clearer and fair for companies ”. But international efforts on these new taxes are stuck in international organizations, where the opposition of the United States weighs, from where many of these multinationals come, such as Amazon, Apple, Google or Facebook. The OECD itself, which groups the 36 most developed economies, had planned to approve a design for a tax on digital services globally in 2020, but the attempt failed and was postponed until mid-2021.

Companies like Amazon have asked governments like the Spanish or French not to impose that rate unilaterally, but the Spanish included it in the general state budgets for 2021 and it came into force on January 16. The government hopes to collect 968 million a year with it, although Brussels considers this number too optimistic.

The Ministry of Health announces that 112,521 doses of the “Covid 19” vaccine have been provided during the past 24 hours

Dispute over QAnon close to US MPs: Radically right-wing Republican