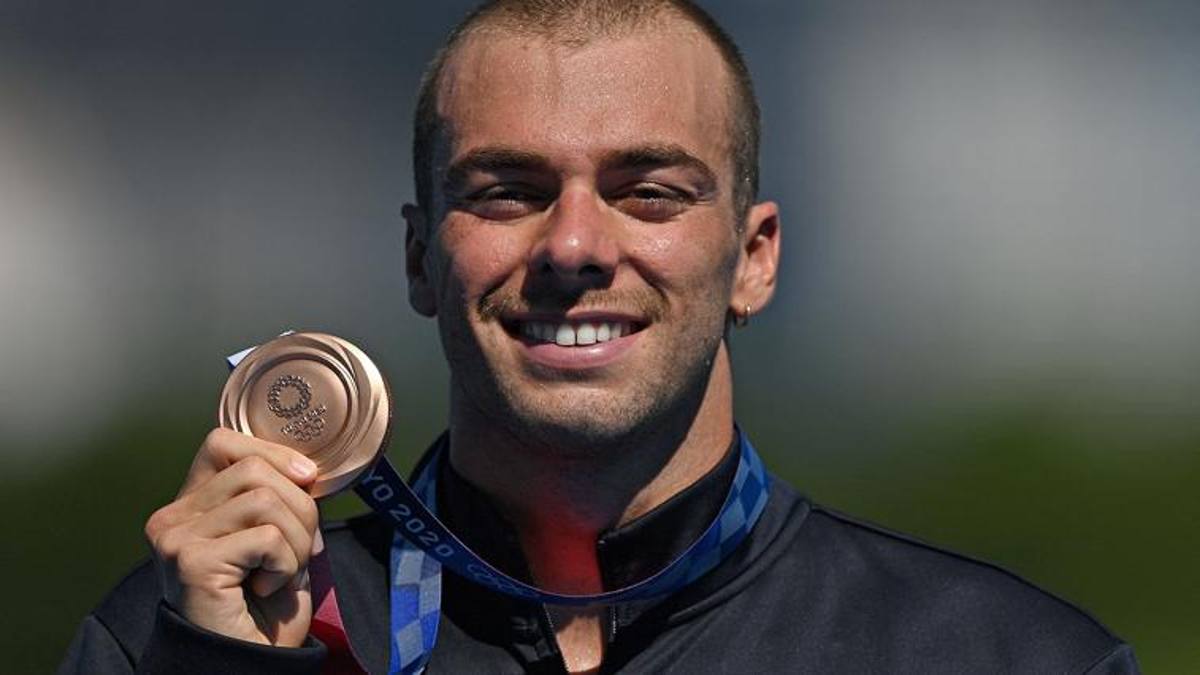 Gregorio, a controlled party, recovers more than 30 seconds in the main group and the medals are played in the second part. Gold to the German Wellbrock

Monumental Paltrinieri. It goes from the tub to the bottom and is beautifully made of bronze. He gives Italy the first men’s medal and completes his treble in two Olympics: gold in 1500 in Rio, silver in 800 and bronze in 10 km in Tokyo. After having suffered and risked the after-effects of mononucleosis. Triumphs the German Florian Wellbrock who remained in command throughout the race won in 1h48’3 “7, silver to the Hungarian Kristof Rasovszky at 25” 3, Greg third at 27 “4 and the Israeli Matan Roditi fourth at 51” 2.

After a kilometer and a half Florian Wellbrock stretches in the lead, makes the first tear, the French Olivier is in the wake at 10 “while Greg trudges at 36” and the other blue Mario Sanzullo is behind at 27 “. After 2 and a half kilometers Greg he is in fifth place even if the gap is not reduced, but only the German and the French are in front, the Hungarian Kristof Rasovszky at 16 “and the Canadian Fan with whom he shares the gap; there is also the solid American Jordan Wilimovsky and Sanzullo is 10th at 45 “. After 2 laps Paltrinieri is 4th: the position promises even if the gap at 29” from Wellbrock is a boulder in an increasingly boiling water at 29 “2 temperature. Resist or jump: there is no alternative. Greg tries to keep his pace without exasperating himself to catch the three in front who have the advantage of taking over.

Between supplies and recoveries, Greg at 4.5 km reduces the margin to 18 “by increasing the frequencies and doing everything by himself. The last two Olympic champions, the Tunisian Mellouli (2012) and the Dutch Weertman (2016), join forces to 44 “. Halfway through the race the positions do not change while Sanzullo suffers at 1’01 “(11th). At the buoy of the sixth kilometer, Paltrinieri (without cap) is at 8”, by now he sees the hook. The difference in strokes per minute between him (40) and the leader (30) is obvious: Greg is spending more. The race continues uncertain, full of pathos: open to any ambush. The Greek Kynigakis is also inserted.

Towards the grand finale in a scenario between past and future, between the Rainbow Bridge and the Fuji Television Building, meadows, platforms and the Skywalk. At 8 km Greg is second only to Wellbrock, he hears the medal, he thinks about the coup before the last refueling avoided so as not to waste time. But Rasovszky overtakes him and leaves him 8 “. The German increases the pace to break the ambitions of the pursuers, the Hungarian looks at Greg, who does not intend to give up right now. The last kilometer is breathtaking, breathless, at the last I breathe, up to the bronze.