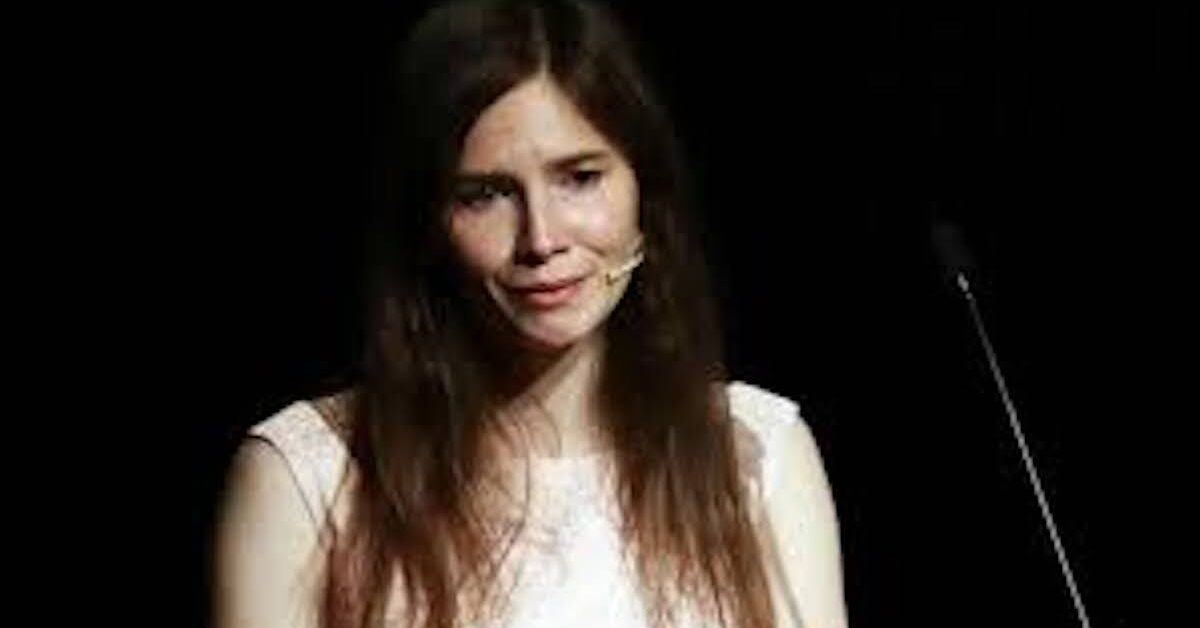 Social and above all unexpected clash between Amanda Knox and Gaia Zorzi: Tommaso’s sister bursts out against the former prisoner

A completely unexpected and certainly chilling clash: between Amanda Knox and Gaia Zorzi there is absolutely no good blood. The fight resulted in a tweet from the protagonist of Meredith Kercher’s murder. The American was asked to tell a horror story in five words.

The American replied: “Unforgettable study abroad in Italy”. Many have not found these words at all funny and also for Gaia Zorzi joking on the subject is absolutely inappropriate.

To reply immediately to Amanda Knox, is Gaia Zorzi who wrote a tweet in response: “Every year you tweet shit like this, trying to be funny (and let’s not forget you’ve also published a book, a podcast and a documentary). It’s sad to see how the highlight of your life was being accused of murder “

The reply did not go unnoticed by Amanda Knox who promptly replied to Tommaso Zorzi’s sister:

I tweet a lot, especially about criminal justice reform, but you only notice when I make a joke that goes viral. This is your bias at work. For the vast majority of the time, I dedicate myself to serious causes. I don’t mean to apologize for occasionally making humor about my unfair sentence. It must be terrible to be so full of anger and resentment towards a person you’ve never met. I hope someday you can find compassion and empathy. […] There was nothing provocative about that tweet. You see a provocation by confusing the injustice that happened to me with the injustice that happened to Meredith.

To put an end to this diatribe it was Gaia Zorzi who concluded with both a tweet and an Instagram story:

I think that every year you feel the need to tweet a joke to feel important because otherwise people would forget about you, as we did with Raffaele Sollecito. There is no anger, I just said my opinion. On Twitter you have to be ready to read different opinions. I think you knew what kind of reactions you would get with that provocative tweet.