Always open sessions and half-protected privacy: this is how the design of social networks affects us 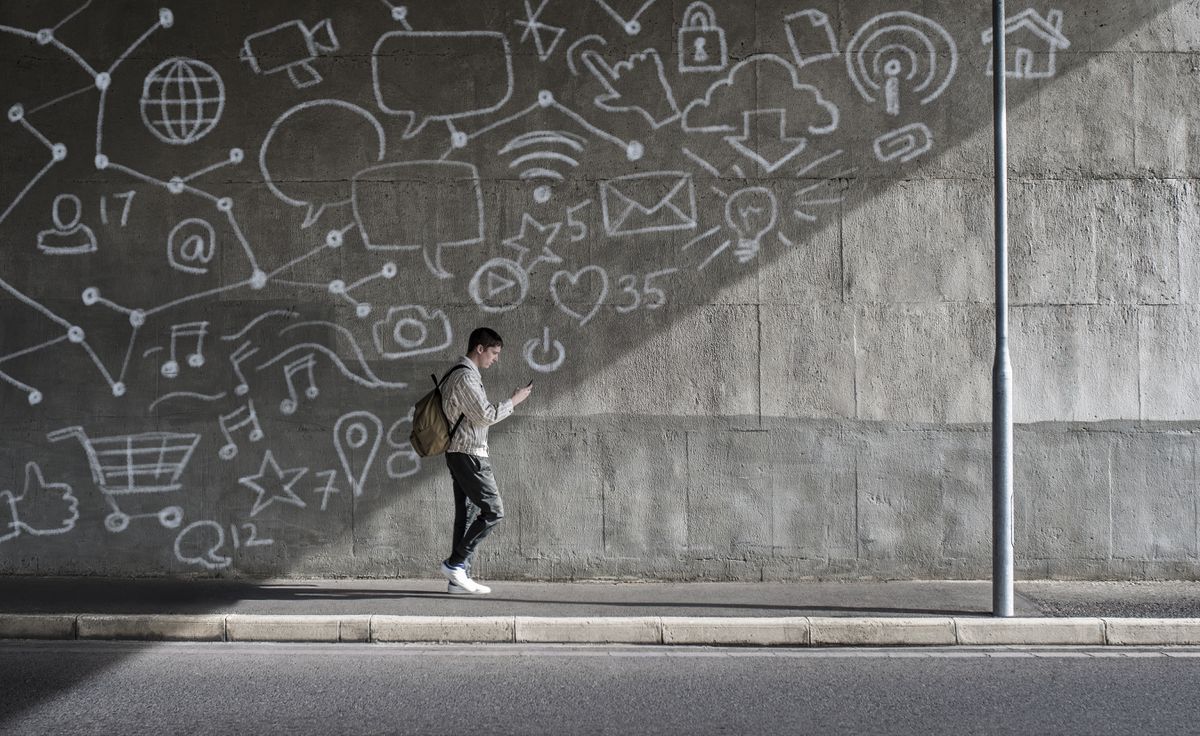 Until 2010, Facebook users had the exit door of the social network in sight. Just click on the button Sign off in the upper right. Now, disconnecting from Facebook is similar to when the protagonist of a movie has to open the classic secret revolving bookcase and until he does not remove the exact book he does not succeed. In the case of the social network, you have to know how to find the button. It is true that it is still in the same area, but it is at the end of a drop-down menu that appears without any text from the main page, represented only by a downward arrow. As explained Thomas Mildner, a researcher specializing in human-machine interaction at the University of Bremen, the change makes the disconnect button more difficult to discover. The consequence: it is easier for users to simply close the tab and leave the session open.

Mildner finds in these design decisions that they herd our tours of social networks worrying similarities with the dark patterns that other portals use to make us buy certain products or accept deals that do not necessarily benefit us. “Facebook could argue that it was a decision made for aesthetic reasons, but this could be one of the elements that hinders users from logging out,” says the researcher, who confirmed this trend in a survey with users of the social network who stated that they were aware of and were concerned about their safety on the internet, but continued to leave their session open.

Along the same lines, notifications such as the one WhatsApp sends to users of devices without coverage or in airplane mode – “You may have new messages” -, automatic players such as those that link videos on YouTube, Instagram, suggesting that we activate notifications or limiting to eight hours the time that we can have them silenced, privacy preferences buried in different areas or total absence of configuration possibilities, as happens in the Zoom mobile application. Sometimes it is a matter of space. “It is often seen as good practice to limit user options on mobile devices, to maintain a clean design, but this can have a collateral effect of lack of access to important options,” warns Mildner.

The strategies are similar, but the objectives vary and the consequences of the design of these interfaces for users become more difficult to measure, he explains. Kai lukoff, a researcher in the department of human-centered design and engineering at the University of Washington. “The stores on-line they try to get users to spend money. Social networks want them to spend time, ”he says. In this sense, in the field of electronic commerce we find practices that can lead us to lose money and that in some regions are already considered unacceptable, such as the tactic of putting additional products in the shopping basket, which is prohibited in the European Union.

“In social networks it is more difficult to assess the damage of lost time. For example, if the automatic player makes users spend an additional hour watching videos on the networks that they later regret not having spent with their family or working, should we consider it a dark pattern? ”, Lukoff continues. These designs are also presented in a more subtle and less aggressive way than in other spaces, since the ultimate goal of the social network is to maintain user satisfaction and attention. In this sense, Mildner points out the incongruity of users who say they want to spend less time on Facebook, but still find satisfaction in missing that goal: “Facebook governs people’s decisions and drives their choices in settings. Governing without harming allows them to maintain a high level of satisfaction ”.

It is not a question of will

Despite everything, both researchers agree on the need for those who design these interfaces to review the effects of their designs, regardless of whether they were trying to promote specific behavior in users or not. “A common mistake made by users of social networks is to rely solely on their willpower. When they can’t resist the temptation, they blame themselves. Social media is designed to be hard to resist! ”Says Lukoff, whose next project is to redesign the YouTube mobile app to reduce compulsive use and encourage more intentional use. “Something we have discovered in our research is that users usually come to the social network for a specific reason, for example, to search for a video on how to make pizza dough, but then they get lost in the endless chain of recommendations for additional videos ”.

Mildner, for his part, prescribes a readjustment of priorities that relativizes the importance of the usability of these applications. “User-friendly interfaces are not necessarily ethically correct. On most sites it is much easier to accept cookies to reject them, ”he explains. Something similar happens in the privacy options of Facebook, which offers up to three ways to configure this section. “Offering users different avenues with different usability drives their choices. Neither privacy shortcuts nor checking privacy settings offer all the available settings. “

There are reasons for hope in the interface of platforms such as Slack, which incorporates the possibility of deactivating notifications at certain times of each day and notifying the absence of a user to the rest. And Mildner hopes that younger social networks will learn from the mistakes of their predecessors: “TikTok’s interface is much smaller than Facebook’s and much less confusing. Plus, it has an entire section of its setup dedicated to wellness. Facebook has similar areas, but they are not as accessible and they have fewer options ”.

Can the strategies we associate with dark patterns be used for good? “Yes and no,” sums up Mildner. The controversial arch nemesis of these designs are known as ‘clear patterns’. These are presented as a way to help the user make the right decision, for example by highlighting the button to reject cookies instead of the one that admits them.

“But what is the correct decision? What happens if what I want is to share my data?”, The researcher wonders. “Ethically, I would say that both buttons should be equally accessible. The priority should be to empower the user to make an informed decision.”

Agnelli: the Italian ‘royal family’ extends its tentacles to increase its fortune