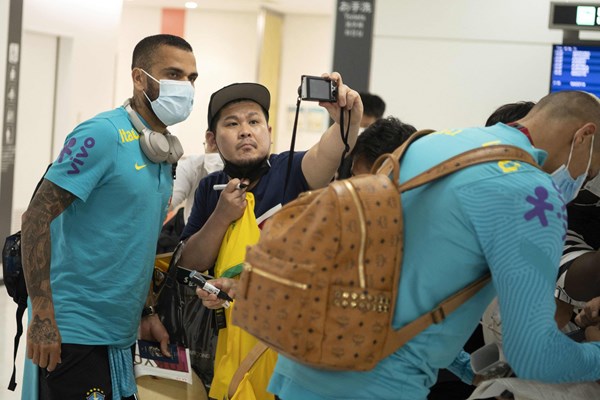 Dani Alves, the left back of the Brazilian national team, confirmed that playing against Germany at the opening of the team’s football career in the Olympic Games in Tokyo will be a special and important confrontation for him despite all he has achieved in his football career.

Alves, 38, said: “Despite all my experience, I have some anxiety and stress, it feels great to be here.

Alves played with Seville, Barcelona, ​​Juventus and Paris Saint-Germain before returning to his country to play with the Sao Paulo team, and won many local titles in addition to winning the European Champions League three times, and two South American Nations Cup (Copa America) in more than 100 international matches with Brazil national team.

And Andre Jardin, coach of the team, also expressed his enthusiasm for the match, which brings back memories of the final match of the 2016 edition, when the Brazilian team won the gold medal in Rio de Janeiro.

“It’s a game that brings back memories, the two teams respect each other a lot, and I expect a tough match,” Jardine said.