Álvaro Cervera: “The point against Betis is good and we will improve” 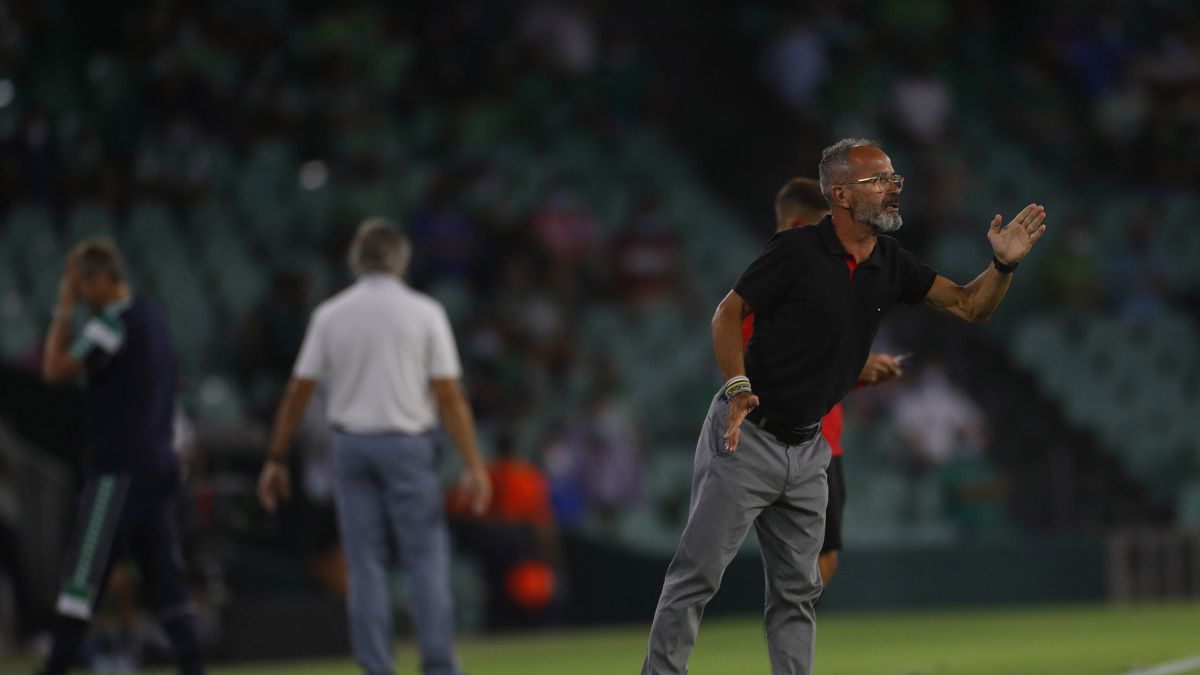 Assessment of the encounter. “The key is that Betis have had two or three chances in the whole game and they have a chance to score. We have defended far behind, but where they have fewer options. Unlike other days we have gone upstairs many times and we have put many centers. It’s a game where if they score you lose, but you can also score yourself and win it. You have to improve and that has been adapting to what the game asks of you. I did not want to defend there, but I had to put five in the center of the field. We defended well and we went out to attack. The point is good and we will improve ”.

Return after the break. “I was neither happy nor unhappy. We have to lose because the opponent is better than us, not because of a corner, that upsets me. I thought that Perea and Jens were tired and that’s why I made the changes ”.

Good performance by Tomás Alarcón. “There have been many people who have been good: Fali, Akapo, Iza have had a tremendous second half … There are players who are very well and those who are not, will already be”.

Second point achieved. “Not losing either of the two games is good. Nobody here will come to score easily ”.

Betis game. “We knew by looking at the line-up what they are going to play. We can push up and leave 15 or 20 meters between our players and go up, but statistics say that when we play like this we are a very vulnerable team and when we defend together we are less vulnerable. The important thing is to score points and that is what we are doing. I would like to play higher, but there are also teams that would like to attack the times we have done it today ”.

Change of script of the forced party. “The opposite forces you. Our idea was to push up, but Betis with their good management forces you. We cannot let Fekir do a one-on-one in the center of the field because it is an opportunity to score, and so that these things do not happen we have to go further back ”.

Possible arrival of Manu Vallejo. “I do not know. The name of Manu Vallejo sounded last week in the press. We know him and this is his home, but I don’t know if he will leave Valencia and he wants to come here. It was not clear if it would arrive or not ”.

Expect reinforcements up front. “I expect good footballers, two who improve our level. Good footballers make my job easier, they see each other in every game and they always improve the team. What we need are forwards and important players like José Mari to recover ”.