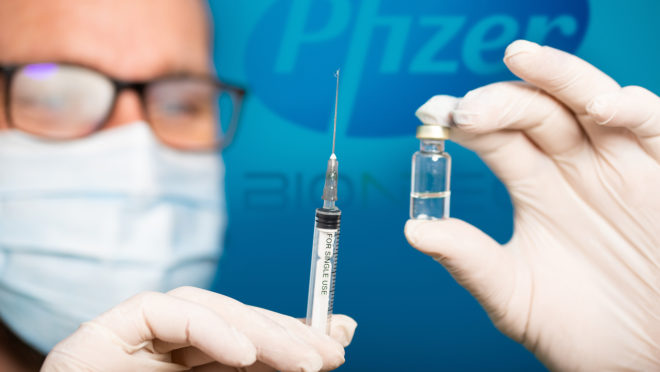 0
SHARES
0
VIEWS
Share on FacebookShare on Twitter
Israel started to apply the 3rd dose of vaccine against Covid-19 for people over 60 years of age.| Photo: BigStock

Nearly half of people over 60 in Israel, about 600,000 people, have received the third dose of the Covid-19 vaccine since the campaign began 10 days ago, while the government insists that the unvaccinated also be immunized.

“This vaccination effort is a great success,” celebrated Israeli Prime Minister Naftali Bennett, of the third dose, while encouraging the population that has not yet been vaccinated, given the uncontrollable spread of the delta variant.

“Today, 90% of serious cases are in people over 50, that is, nine out of ten. So I ask Israelis of that age to be very careful in the coming weeks,” he warned.

Israel surpassed today, for the first time since February, the mark of 6,000 cases in 24 hours, against just a few dozen in June.

Of the active cases, 394 are severe and 64 patients require ventilators.

“It is the only country in the world that currently gives its elderly population the possibility of receiving a third dose (Pfizer/BioNTech), a boost”, defended Bennett, although countries like the Emirates have started the third dose campaign earlier, with the Chinese Sinopharm vaccine.

The Ministry of Health guaranteed today that, of the 600,000 vaccinated with the third dose, only 50 reported symptoms, which were “mild and passed quickly (pain at the injection site, fever, nausea)”.

Of the approximately 9.3 million people residing in Israel, more than 1 million have yet to be vaccinated.

Naftali Bennett today insisted on speeding up immunization to avoid a fourth national confinement ahead of the Jewish holidays next month.

The country had to re-impose restrictions, such as the use of mandatory masks indoors, the green certificate for access to events with more than 100 people, and has not lifted the ban on the entry of tourists since the beginning of the coronavirus pandemic.