Almost all recent Covid deaths in the US are from unvaccinated 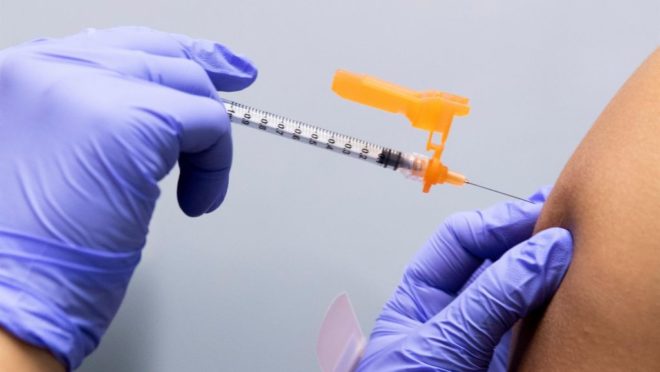 Nearly all deaths, about 99.9%, caused by Covid-19 recently in the United States are in people who had not yet been vaccinated against the coronavirus. Associated Press news agency survey based on data from the Centers for Disease Control and Prevention (CDC).

According to the analysis, infections of people who were already fully immunized against Covid-19 in the month of May in the US represent less than 1,200 among more than 853,000 cases of hospitalizations for the disease, or about 0.1%. And about 150 of the more than 18,000 deaths caused by the disease in the country in the same month were people who were fully vaccinated, this represents about 0.8% of the total, or five deaths a day, on average, according to the AP.

CDC Director Rochelle Walensky said this week that coronavirus vaccines are so effective that “almost all deaths from Covid-19, especially among adults at this time, are entirely preventable.”

In the United States, about 63% of citizens who are already able to receive the vaccine (those over 12 years old), have already received at least one dose, and 53% have completed the vaccination schedule.

In the UK, no person under the age of 50 who has been fully vaccinated has died from an infection caused by the delta variant of the coronavirus, shows a report by the country’s Public Health Agency released on Friday. This is true even with the under-50s group representing 90% of Covid-19 cases caused by this strain of the virus, says the British newspaper Telegraph.

The recent British report reports about 92,000 cases of Covid-19 since Feb. 1 caused by the delta variant, which was first identified in India and has caused concern around the world about its possible increased contagion.

As of June 21, 117 deaths have been recorded in England of people who have had confirmed cases of delta infection. According to data released today by British authorities, only eight of those deaths occurred among people under 50 years, and none of them was fully vaccinated: six of them had not received even the first dose. Of the 109 deaths that occurred among people over 50, 50 were people who were already immunized. To date, a total of 1,320 people have been interned in England with the delta variant.

The Israeli government is also concerned about the ability of the delta variant of the coronavirus to infect people who are already vaccinated. This week, the country announced that it will resume the requirement for the use of masks indoors to avoid contagion.

About half of the adults infected with the delta variant of the virus in Israel were immunized with Pfizer’s vaccine, although authorities did not specify whether this group had received one or both doses of the immunizer. About half of the new infections registered in the country are in children under 16 years old, who have not yet been vaccinated, and that is why the Israeli government is intensifying the vaccination of teenagers between 12 and 15 years old.

While the number of new Covid cases in Israel is very low compared to other times in the pandemic and the situation in other regions, the country has seen an increase from about ten cases a day earlier this month to more than 100 a day in recent years. days.

Despite the new outbreak, the death toll in Israel is close to zero. Only 26 of the 729 active cases of Covid-19 are admitted to hospitals, according to Ministry of Health data released on Thursday.

Before the current outbreak, Covid-19 cases in Israel had been reduced to virtually zero. About 56% of the Israeli population has already been fully vaccinated against the virus.